The Russian assault on the last defenders at Mariupol’s steelworks will continue to hold back its plans to control the Donbas region, according to the UK Ministry of Defence.

It is estimated around 2,000 Ukrainian fighters are underneath the Azovstal plant – the last pocket of resistance in a city almost completely destroyed.

The ground assault on the steelworks continued for a second day on Thursday, the MoD said in its latest update.

It said the renewed attacks were probably an attempt by Russian President Vladimir Putin to finally capture Mariupol and have a “symbolic success” ahead of Russia’s Victory Day commemorations on 9 May.

However, it said the steelworks battle had come at a “personnel, equipment and munitions cost to Russia” and that, as long as Ukraine holds out, the losses will “continue to build and frustrate their operational plans in southern Donbas”.

Russia recently launched a new push to take the eastern Donbas region after pulling out of areas around the capital Kyiv.

Capturing Mariupol would free up troops to bolster that goal. 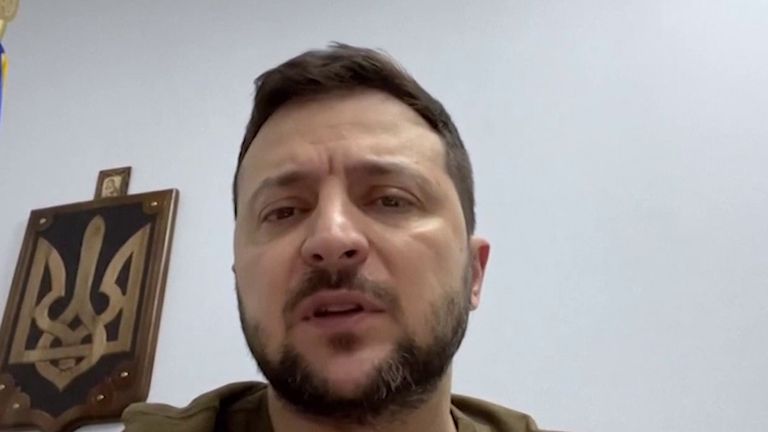 Speaking in the early hours of Friday, President Zelenskyy said Russia was continuing to hammer the steelworks despite the presence of civilians, who are trapped in awful conditions.

“Currently, Russian shelling and assault of Azovstal do not stop, but civilians still need to be taken out – women, children, many children who are still there,” he said.

“Just imagine this hell. And there are children.

He praised the city’s Ukrainian defenders, saying that many of them are wounded “but they do not give up – they are holding positions”.

• An American official has said that the US shared intelligence with Ukraine about the location of the Russian flagship Moskva before the mid-April strike that sank it, although the decision to target the missile cruiser was Ukraine’s
• Belarus president Alexander Lukashenko, whose country was used by Russia as a launch pad for the invasion, said Russia had been right to invade Ukraine but he had not expected the conflict to “drag on this way”
• Ukraine said at least five people were killed and dozens injured in shelling of cities in the Donbas region over the past 24 hours. Shells hit schools, residential buildings, and a medical facility
• Mr Zelenskyy has launched United24, a platform to raise funds for mine-clearing and post-war reconstruction, while Poland hosted a conference of international donors that raised £5.2bn for humanitarian aid
• The mayor of the western Ukrainian city of Ivano-Frankivsk told residents to head for the countryside over the long weekend, due to fears of new attacks
• Mr Zelenskyy praised Britain for its support, saying: “If everyone in the world – or at least the vast majority – were steadfast and courageous leaders as Ukraine, as Britain, I am sure we would have already ended this war and restored peace throughout our liberated territory for all our people”. It came after Prime Minister Boris Johnson addressed Ukraine’s parliament earlier this week

Steelworks fighters will ‘stand till the end’

Kateryna Prokopenko, wife of Azov Regiment commander Denys Prokopenko, told the Associated Press that her husband and others fighting for the city would “stand till the end”.

“They only hope for a miracle,” she said after speaking with him by phone. “They won’t surrender.”

She said her husband had told her he would love her forever, adding: “I am going mad from this. It seemed like words of goodbye.” 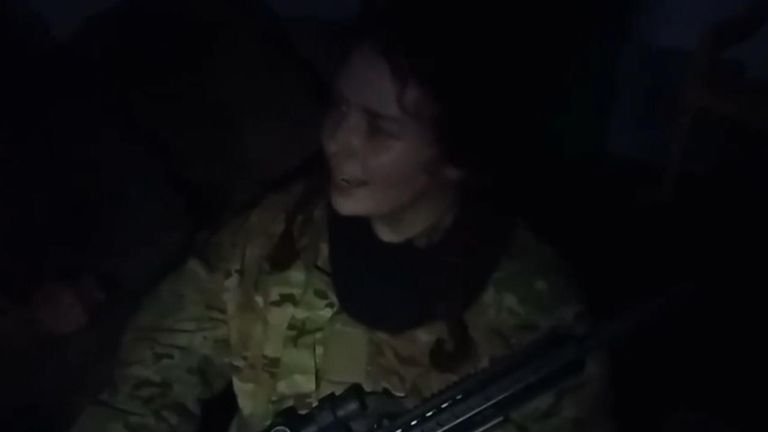 Anton Gerashchenko, an adviser to Ukraine’s Internal Affairs Ministry, said that the Russians were storming the tunnels, with the help of a “betrayer” – a Ukrainian electrician who worked at the site and knew the layout.

Russia has denied its troops are storming the plant. It previously said it would only try to seal off the area.

Before the war, Mariupol had a population of about 400,000, but this has fallen to around 100,000 in recent weeks, with those remaining facing a daily struggle with severe shortages of food, clean water, and electricity.

Aid has not been able to reach the city and evacuating civilians has been extremely difficult.

Taking the strategically-important port city would give Russia its first major success in a war that has seen its military fail to gain the upper hand against ferocious Ukrainian defence.

Ten weeks in, Ukraine said late on Thursday that it had made gains on the borders of Kherson and Mykolaiv in the south, and repelled Russian attacks in the east.