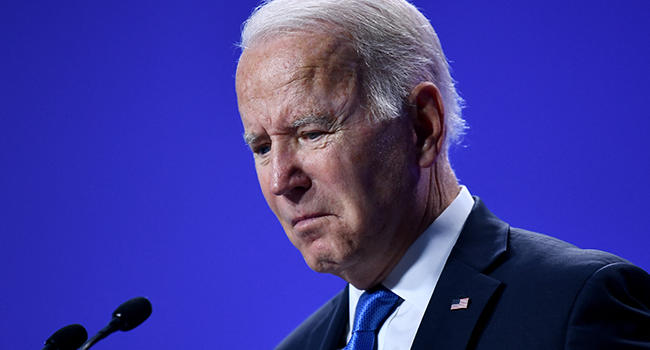 North Korea has described Joe Biden as an “old man in his senility”, in a characteristically colourful personal attack on the US president after he accused the Russian leader of war crimes in Ukraine.

The diatribe came after Biden called Russian President Vladimir Putin “a war criminal” and called for him to be put on trial over alleged atrocities against civilians in Ukraine’s Bucha.

“The latest story is the US chief executive who spoke ill of the Russian president with groundless data,” said a commentary carried by the official KCNA news agency on Saturday.

“Such reckless remarks can be made only by the descendants of Yankees, master hand at aggression and plot-breeding,” it added.

It described Biden as a “president known for his repeated slip of tongue”, but stopped short of referring to him by name.

“The conclusion could be that there is a problem in his intellectual faculty and that his reckless remarks are just a show of imprudence of an old man in his senility,” said the commentary, which was issued on Saturday evening.

“Gloomy, it seems, is the future of the U.S. with such a feeble man in power.”

Along with Beijing, Russia is one of the North’s few international friends and has previously come to the regime’s aid.

Moscow has long held the line against increasing pressure on nuclear-armed North Korea, even asking for relief from international sanctions for humanitarian reasons.

Pyongyang has also sided with Moscow in its war with Ukraine, accusing the United States of being the “root cause” of the crisis.

Before Biden was nominated as candidate, it called him “a rabid dog” that “must be beaten to death with a stick”.

It referred to former US President Donald Trump as a “mentally deranged US dotard” and his predecessors Barack Obama and George W. Bush a “monkey” and “half-baked man”.

It also has railed against former South Korean President Park Geun-hye as a  “witch” and a “crafty prostitute”.