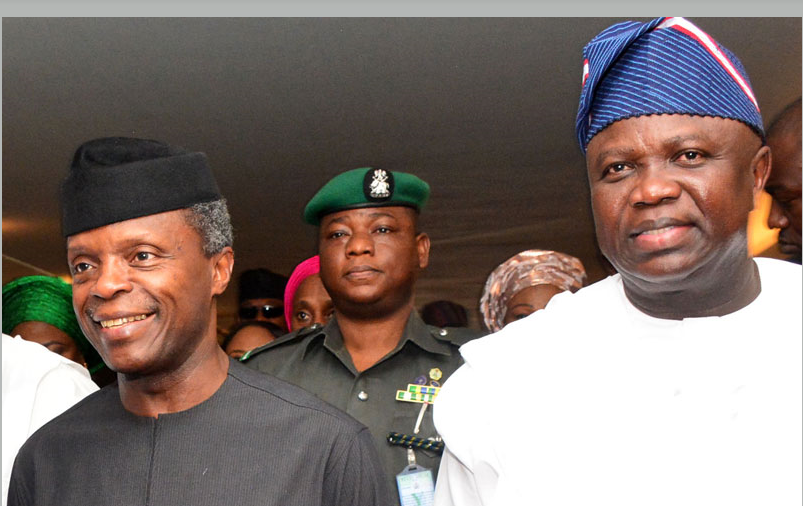 In reaction to the official declaration of Professor Yemi Osinbajo to join the 2023 presidential race, Nigerians are calling on Akinwunmi Ambode to re-contest for the Lagos gubernatorial seat.

Contents
See some of the reactions on TwitterRelated

Mr Ambode is the former Governor of Lagos state who served from 2015 to 2019. Mr Ambode ran for office in 2015 under the umbrella of the All Progressive Congress (APC) and emerged the winner defeating the PDP candidate with 150,000 votes.

He ran again for the seat in 2019 and lost in the gubernatorial primaries to Babajide Olusola Sanwo-Olu the present governor of Lagos State.

Interestingly, both Osinbajo and Ambode are proteges of former Lagos State Governor and founder of the APC, Bola Ahmed Tinubu, who will also be making an attempt for the top job in Nigeria.

The road to the 2023 Presidential election seems to be heating up as a lot of political big weights including Bola Ahmed Tinubu; former Vice President, Atiku Abubakar; and former Governor of Anambra State, Peter Obi.