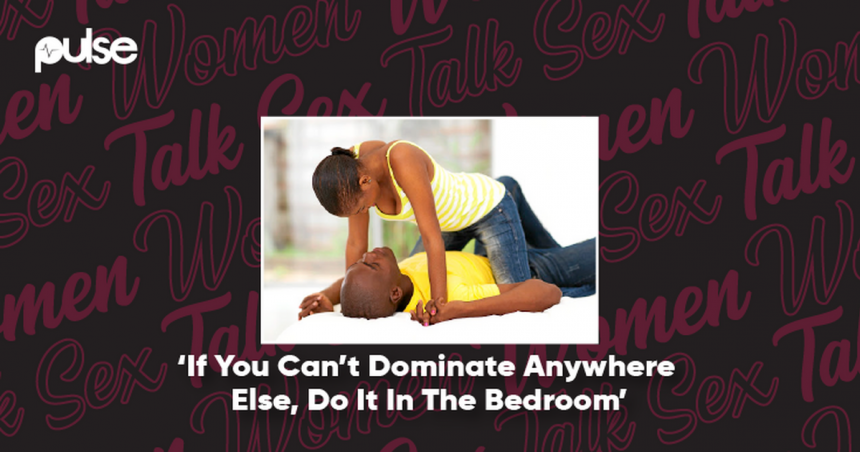 Among other things, the subject of this week’s edition of #WomenTalkS3xByPulse opens up about discovering s3xual domination and how it became a game-changer for her. Read on.

Tell me about your first time

Well, I was messing around on one cold, rainy night when I was 10 years old and discovered that it felt good when I touched myself. Didn’t know what it was, of course, but after that first time, I kept doing it. It was much later that I found out what it was.

You know what was more interesting?

So my folks are Catholic and they raised us to be. So you know that at that age, they were already telling me and my siblings to stay away from sex. The message was mostly for my older siblings who were well in their teens at that point, but I understood it too. The wild part however was that, even though I had heard that sex was bad and I had promised myself that I would stay away from it till I was older and all, I didn’t know that touching myself was actually part of it!

In my mind, it was just a thing boys and girls did.

I know, right?! Kids will always be kids

You can say that again. So for how long were you able to stay away from doing it with boys

Oh. That didn’t last too long oh. LMAO. Let’s just say by the end of secondary school, I was already doing things that would give my Christian dad serious heart palpitations.

Then let’s hope he never links this interview to you

Hahaha, the chances of that are slim but yeah, it’ll actually be insane. But I kinda think that he already knows I am no longer a virgin so his shock may not be that great.

Not really oh. But look at me now, I am 25 years old and I’ve been to uni and back. I’ve travelled abroad for months on my own, I live alone now… if he still thinks I am not having sex, then good luck to him oh.

Hahahaha. Parents like to think their kids aren’t getting down till they’re married

Not my own mum sha. That one knows for sure that her baby girl is already knacking seriously. In fact, that is why I think my dad knows. She has probably done aproko to him. You know these old people always give each other gist.

True that. Tell me about your sex life though. How’s it going for you?

Great, actually. Can’t say that I have a lot to complain about. I get it when I want it. So, yeah, I’m good.

Can we talk about the changes you’ve experienced between when you were 10 and now?

Well, for one, I couldn’t have known that I like dominating when I was in those formative years. I think as a woman, the more you grow into your own skin, the more you discover about yourself.

So you’re now a full-time dom?

Yeah, I get you. But yeah, it’s my thing now. It makes me feel good. I mean, it’s not like I can’t have sex without dom’ing but I really like that feeling of being in charge. You know, controlling your partner and watching them squirm and do your every bidding. It’s so exhilarating. I actually think it’s something everyone might want to experiment with at some point in their sex lives. If you can’t dominate anywhere else, then at least do it in the bedroom. It’s very liberating.

Have you had any weird experiences so far?

LOL. I wouldn’t call it weird but I was with someone a little while back who was very freaked out at the sight of my cuffs. I had to do a long pep talk to get him to relax so I could cuff him and get on with it. Only God know what the Nigerian police have done to him.

What made you think it wasn’t another woman? Did you ask?

He wouldn’t say. But nice angle. Maybe his ex cuffed him and flogged the hell out of him for cheating. I am sure there is something there even though he claimed everything was ok.

LMAO. Rate your sex life over 10

Liked this edition? There’s more where it came from. Just click HERE and check back every Friday for more stories.