Breakthrough talks have taken place between the US and the Russian Defence minister – after months of refusal.

Sergei Shoigu spoke for an hour with US Defence Secretary Lloyd Austin who, according to the Pentagon, called for an “immediate ceasefire”.

Austin said that while the call did not resolve any “acute issues” it was an important step in keeping lines of communication open.

Initiated by Mr Austin, the conversation marked the highest level American contact with a Russian official since the war began in late February.

Over the past several months, Pentagon officials have repeatedly said Russian leaders have declined to take calls from Mr Austin and General Mark Milley, the chairman of the Joint Chiefs of Staff.

Friday’s conversation came hours after Mr Lloyd had spoken to UK Defence Secretary Ben Wallace in Washington, to discuss the next steps to help Ukraine which has been fighting the Russian forces for 79 days. 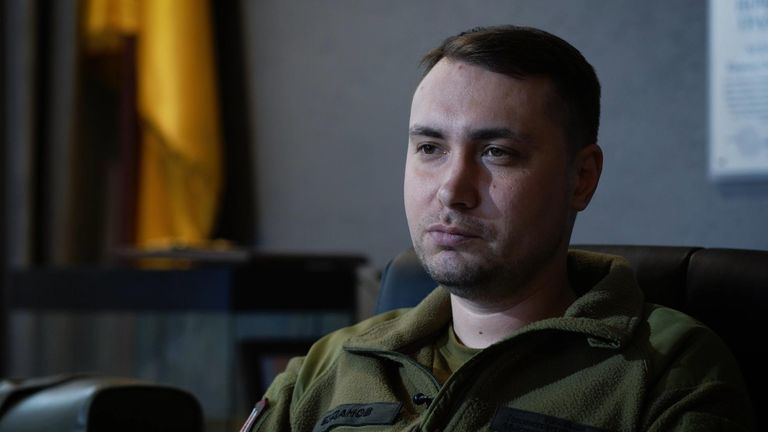 In an exclusive interview with Sky News, Ukraine’s Head of Military Intelligence says his country will win war over Russia by the end of year

Meanwhile, the Ukrainian military claims to be making more gains. It says it destroyed at least 73 Russian tanks and other equipment during a battle over a river in the Donbas region.

Footage released by Ukrainian forces appeared to show several burnt-out military vehicles and segments of a bridge partially submerged after the fight over the Siversky Donets River in Bilohorivka.

The MoD agreed Russia had lost “significant armoured manoeuvre elements” of at least one battalion tactical group in the attack.

A Russian battalion tactical group consists of about 1,000 troops.

“Conducting river crossings in a contested environment is a highly risky manoeuvre and speaks to the pressure the Russian commanders are under to make progress in their operations in eastern Ukraine,” the ministry said in its daily intelligence update. 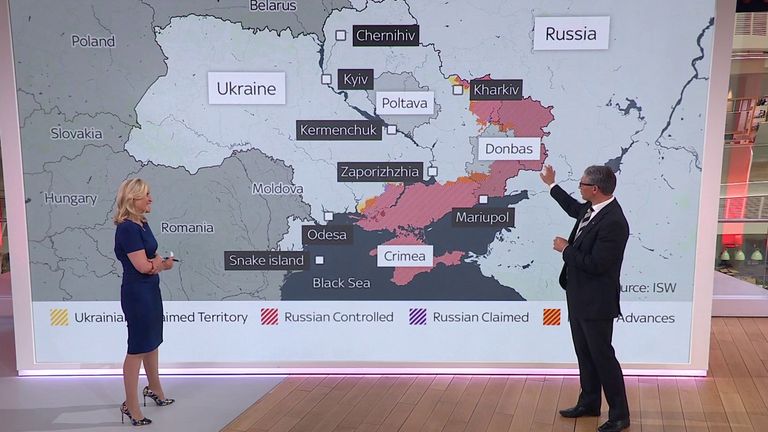 He said his troops had shot down the 200th Russian aircraft of the war and he noted Russia’s heavy losses in tanks, armoured vehicles, helicopters and drones.

He reiterated his call to the world to bring pressure to bear on Russia through sanctions and for economic and equipment support for Ukraine.

“This is the only recipe for protecting freedom in the face of the Russian invasion,” he said.

“And for Western countries, this is not simply an expense. This is not about accounting, it’s about the future.”