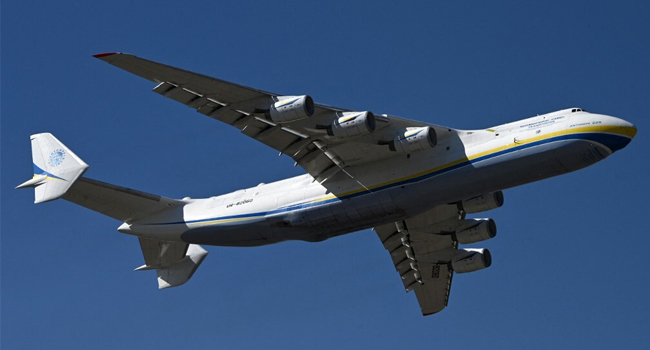 Ukraine has received fighter planes and aircraft parts to bolster its air force in the face of Russia’s invasion, the Pentagon said Tuesday, declining to specify the number of aircraft or their origin.

The announcement comes a week after US President Joe Biden unveiled an $800 million military aid package for Kyiv, including heavier equipment such as howitzers, as fighting escalates in eastern Ukraine.

The moves indicate a change in attitude in the West, which had initially refused to provide Ukraine with heavy armaments to avoid action Russia could consider direct involvement in the conflict.

Ukrainian forces “right now have available to them more fixed-wing fighter aircraft than they did two weeks ago,” Pentagon spokesman John Kirby told reporters on Tuesday.

“Without getting into what other nations are providing, they (Ukrainian forces) have received additional platforms and parts to be able to increase their fleet size,” he said.

Kirby did not specify the type of aircraft delivered to the Ukrainian military, which had been pleading for warplanes for weeks, but suggested that they were Russian-made.

“Other nations who have experience with those kinds of aircraft have been able to help them get more aircraft up and running,” Kirby said.

He underscored that while the United States had helped with the shipment of some parts, it had “not transported whole aircraft.”

Kyiv has asked its Western partners to provide MiG-29 fighter jets that its pilots already know how to fly, and which a handful of Eastern European countries have.

A possible transfer of such aircraft from Poland was discussed in early March, before the United States poured cold water on the plan, fearing Russia would see it as direct engagement by NATO in the war.

The United States and the European Union announced Tuesday they would continue sending aid to Ukraine.

They reached a “broad consensus on the need to increase pressure on the Kremlin,” the Italian government said.

In particular, the leaders reaffirmed their commitment to “ongoing provision of security, economic, and humanitarian assistance,” White House spokeswoman Jen Psaki said in a statement.

Speaking on his visit this month to Kyiv, UK Prime Minister Boris Johnson “underscored the critical need for further military support to Ukraine in the face of a major Russian offensive in the Donbas and ongoing attacks elsewhere,” Downing Street said.

The first shipments of the latest US military aid package have already arrived at Ukraine’s borders, with US media reporting Tuesday that Washington was already working to approve another $800 million package for Kyiv.

NATO soldiers are slated to train their Ukrainian counterparts to use the newly delivered howitzers.

While the handling of US howitzers is not fundamentally different to that of the howitzers the Ukrainian military has already used, those Washington has sent use 155-millimeter shells — common in NATO countries — while Ukraine still uses Russian-made 152-millimeter shells.

Russia has formally complained to the United States over its military aid to Ukraine, warning of “unpredictable consequences” if shipments of advanced weaponry go forward, US media reported last week.