Tax cuts could now be announced before the summer recess, Sky News understands.

Ministers have been forced to rethink plans after grim forecasts from the Bank of England suggested the economy was now at risk of recession.

Inflation is also likely to be higher than expected just six to eight weeks ago, putting pressure on the government to act sooner than planned.

Politics Hub: PM ‘will have a look at’ windfall tax – live updates

Further help from the Treasury had been expected in August, when the energy regulator announces the next increase in the energy price cap.

Sky News understands minsters are now likely to have enough information to make decisions before the summer recess at the end of July.

This could include more help with energy bills and might include tax cuts, although no decisions have been made.

The shift is designed to close down speculation that Number 10 and Number 11 are at odds over how and when to proceed after reports the Treasury was surprised that Mr Johnson promised help in “days” on Wednesday.

However, there is likely to be a tussle over the scale and nature of the help on offer.

The Treasury has already offered £22bn in help in this financial year, including a reduction in the Universal Credit taper rate, a cut to fuel duty, and raising the threshold at which people start paying national insurance. 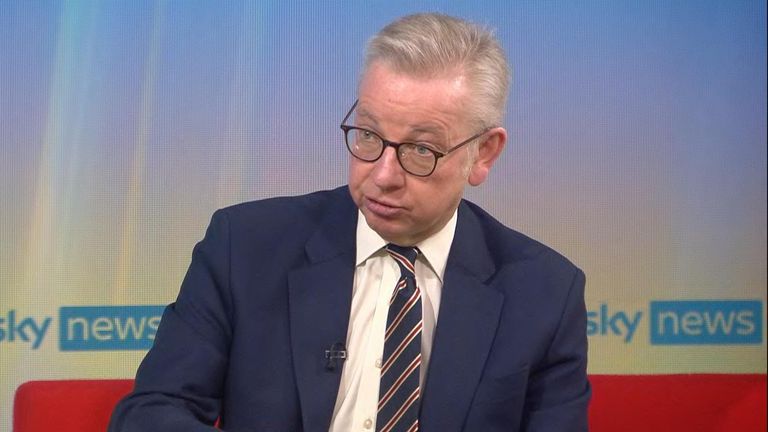 ‘There will be no emergency budget’

Some in Whitehall fear that Mr Johnson could countenance further big spending, despite the pressure from soaring interest payments.

On Tuesday morning – before the Queen’s Speech – the government was warning that additional spending could boost inflation.

However, on Wednesday there were a series of signals from across government that the position is shifting.

In the morning, Michael Gove ruled out an emergency budget in the weeks ahead, but in the afternoon Mr Johnson refused to do so, saying “of course I’m not ruling it out”.

Jake Berry, chairman of the Northern Research Group, told Sky News that Mr Johnson had been “showing more than a little bit of ankle” in private about his tax cut plans.

David Davis told Sky News he wants a “significant reduction in taxes – or preferably a reversal of the increase in national insurance. And I would add to that, frankly, an abolition of VAT on fuel”.

Some experts warn that income tax cuts will not help those on the lowest incomes.