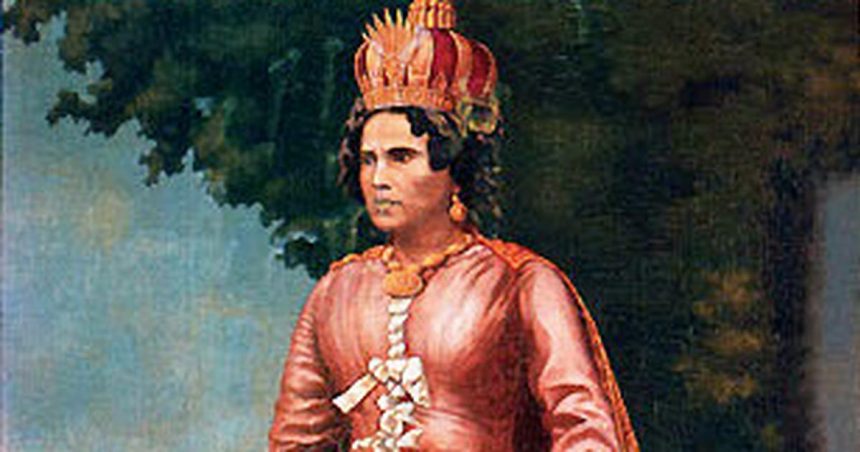 On the passing of the King, Radama ascended the throne and became the King. Although Ramavo was arguably the most important spouse, Radama had twelve other wives. Upon ascension to the throne, Radama killed every potential opponent that may have wanted to overthrow him; this was probably because of the assassination plot his father luckily averted. These opponents, however, included Ramavo’s family. Radama basically executed his in-laws; this caused a strain in the union of Ramavo and Radama, leading to possible tension in their marriage. Their marriage was a loveless one, and as such, Ramavo found solace in the arms of another man- a Welsh missionary David Griffiths. This deep intimacy lasted for three decades.

Ramavo’s husband – the King, died in 1828 after suffering from Syphilis( it was expected, the King did have 13 wives). As a result of the lack of an heir from Ramavo, according to tradition, Radama’s nephew, Raktobe, was the rightful heir to the throne; but because of the decree made by his grandfather, any child born by Ramavo with a new husband would still be the heir to the throne. Raktobe sought to kill Ramavo, as that was the only way he could ascend the throne. In August 1828, Ramavo gathered an army and overthrew Raktobe; she declared herself Queen and became ruler, challenging anyone who wanted to take the throne.

As expected, the Queen’s first assignment was to execute Raktobe, his mother, his cousins, and everyone related to him. This was double revenge, revenge for her when her late husband executed her own family and the nephew who wanted to kill her. Shortly after her coronation, she took on the name Ranavalona.

Queen Ranavalona reigned for three decades and three years, and in those years, she helped strengthen the economic, cultural, and political sovereignty of Madagascar. She proceeded to drive out foreigners from the land, closed borders to foreign trades, forbid missionaries from coming in, and further ended the friendship treaty the country had with France and Britain. All this was so that Madagascar would not be colonized. This made the country self-sufficient, but to ensure this, the Queen sold her people to slavery in a bid to boost the country’s economy. She had several cruel ways of inflicting pain as a form of punishment on people. She found pleasure in torturing and executing her subjects; people were put in hot boiling water and oil; others were buried alive in coffins. One time, the Queen sent out 50,000 people to go on an impossible but compulsory buffalo hunt. This hunt lasted for four months; only about 40,000 people came back alive, and others died as a result of starvation, malaria, and stress.

Queen Ranavalona’s reign ended as she died in her sleep in 1861; she was succeeded by Rakoto, her son who was a product of a love affair with a general in her army. Rakoto took over the throne and reversed policies his mother made in the time past.