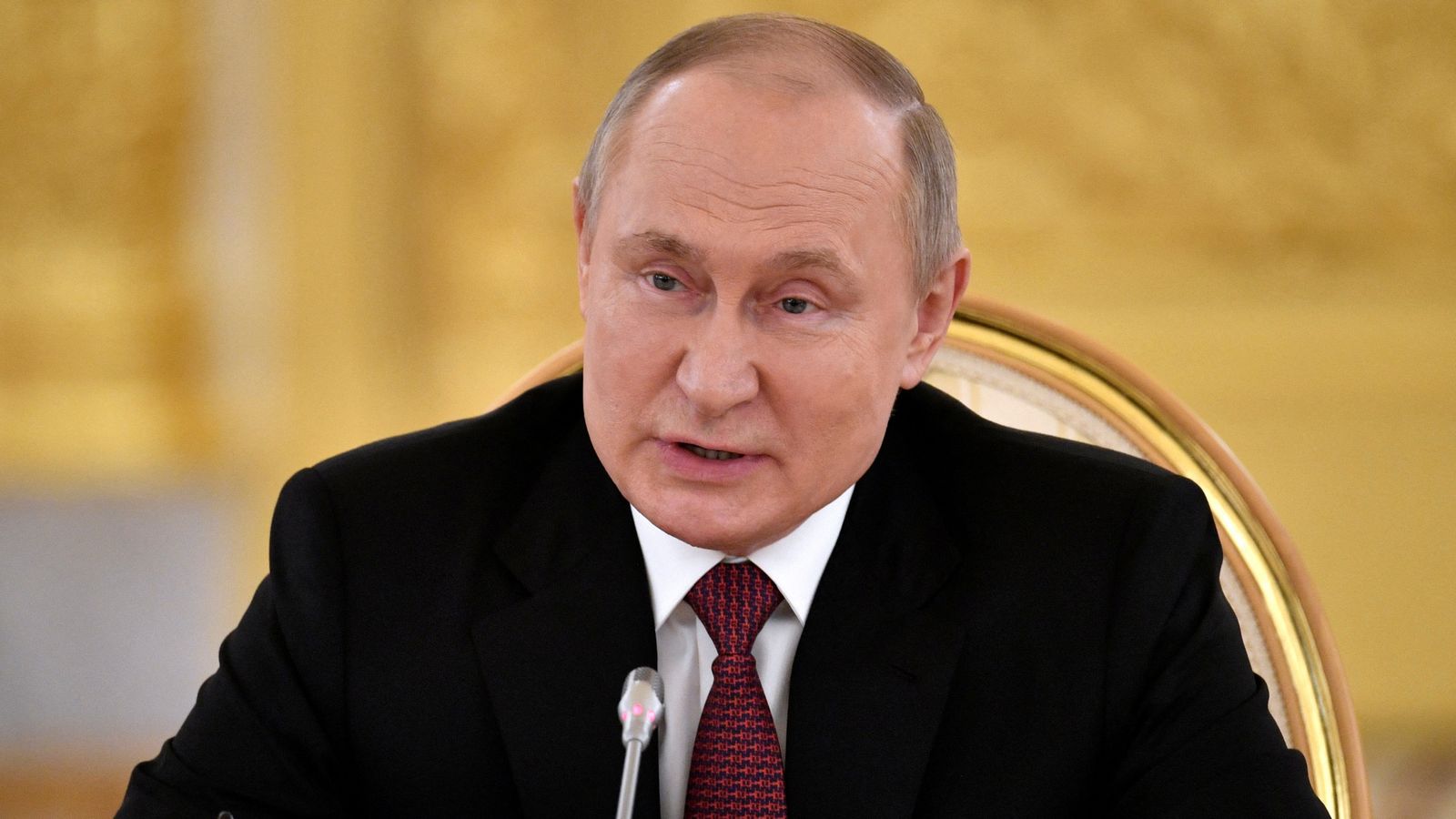 Vladimir Putin has said Russia has no issue with Finland and Sweden, but warned Moscow would react to the expansion of military infrastructure on their territories as both countries move closer to joining NATO.

Speaking in Moscow at a summit of the Russian-led Collective Security Treaty Organisation (CSTO), he said Russia must look closely at what he described as the US-led military alliance’s plans to increase its global influence.

Finland and Sweden have confirmed they will apply to join NATO despite warnings from Russia that it would be a “mistake” to do so.

Both countries have for decades considered that joining NATO would represent an unnecessary provocation of Moscow.

However, the historic shift in policy follows Russia’s invasion of Ukraine.

Mr Putin said the enlargement of NATO was being used by the United States in an “aggressive” way to aggravate an already difficult global security situation.

The Russian leader said there was no direct threat from NATO expansion which included those countries, “but the expansion of military infrastructure into this territory would certainly provoke our response”.

“What that (response) will be – we will see what threats are created for us,” said Mr Putin, adding: “Problems are being created for no reason at all. We shall react accordingly.”

• Ukrainian President Volodymyr Zelenskyy has replaced his Territorial Defence Forces chief, without giving a reason
• The EU needs a few more days to reach an agreement on a new package of sanctions against Russia including a ban on Russian oil, says Germany
• Russian ally Belarus has announced the deployment of special operations forces along the Ukraine border, according to the UK Ministry of Defence
• McDonald’s says it has started the process of selling its Russian business after more than 30 years
• The Kremlin has vented anger over reported attempts by the FBI and CIA to recruit Russian embassy staff in Washington

Meanwhile, Belarusian President Alexander Lukashenko urged other members of CSTO to stand united, and accused the West of hoping to prolong the conflict in Ukraine to try to weaken Russia as much as possible.

Also addressing the summit in Moscow, he said “hellish sanctions” against his country and Russia could have been avoided if the group had spoken with one voice.

“Without a united front, the collective West will build up pressure on the post-Soviet space,” Mr Lukashenko said in televised opening remarks, addressing Mr Putin and the leaders of Armenia, Kazakhstan, Kyrgyzstan and Tajikistan.

It comes as Ukraine claimed that its troops defending Kharkiv have reached the border with Russia after pushing the invading forces back.

It follows the release of a video by Ukraine’s ministry of defence purporting to show Ukrainian troops arriving at the border dividing the two countries.

It said the 227th Battalion of the 127th Brigade of Ukraine’s Territorial Defence Forces had reached the border.

However, it is unclear how many had reached the border and exactly where.

The northeastern Ukrainian city is situated about 30 miles (50km) from the border with Russia and has endured weeks of heavy Russian bombardments.

About the author: Nwafo
Tell us something about yourself.
TAGGED: World News
Editor May 16, 2022
Share this Article
Facebook Twitter Whatsapp Whatsapp Telegram Email Print
What do you think?
Love0
Sad0
Happy0
Angry0
Dead0
Surprise0
Cry0
Leave a comment