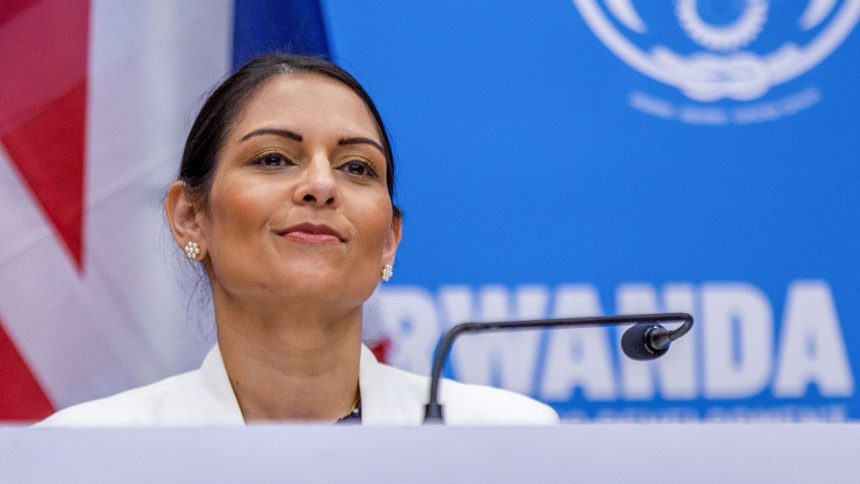 Priti Patel’s top official told her it was “highly uncertain” that sending migrants to Rwanda would reduce attempts to cross the English Channel – the day before the policy was announced.

In a letter to the home secretary, dated Wednesday, Matthew Rycroft also said there was “uncertainty” over “value for money”.

The permanent secretary at the Home Office said financial value was “dependent” on the policy being “effective as a deterrent”.

He added: “Evidence of a deterrent effect is highly uncertain and cannot be quantified with sufficient certainty to provide me with the necessary level of assurance over value for money.”

Mr Rycroft said that while the policy may put migrants off travelling, “there is not sufficient evidence for me to conclude that it will” at present.

He added, however, that he recognised there are “potentially significant savings to be realised from deterring people (from) entering the UK illegally”.

Having set out his argument, he asked for Ms Patel’s “written instruction to proceed”.

In her reply, the home secretary admitted it is “not possible for HMG to accurately model the deterrent effect from day one”.

But she said she was confident that “this policy is our best chance at producing that effect”.

A combination of “new incentives and effective deterrents” are required to “take on the criminal gangs facilitating illegal entry”, she added.

But she added that “without action, costs will continue to rise” and there are “credible invest-to-save arguments in the long term”.

She concluded by saying it would be “imprudent” to “allow the absence of quantifiable and dynamic modelling” to “delay delivery of a policy that we believe will reduce illegal migration, save lives and ultimately break the business model of the smuggling gangs”.

Ms Patel wrote: “I am therefore formally directing you as Accounting Officer to take forward this scheme with immediate effect.”

The number of people arriving in small boats on Saturday was 252, the Ministry of Defence said in its latest statement.

It added that it “does not believe” any of them “arrived on their own terms”.

Boris Johnson has described the plan to transport migrants to Rwanda as “morally” the “right thing to do”, but the Archbishop of Canterbury has denounced the scheme, saying it raises “serious ethical questions”.

The Most Revd Justin Welby used his Easter Sunday sermon to say: “It cannot carry the weight of our national responsibility as a country formed by Christian values, because sub-contracting out our responsibilities, even to a country that seeks to do well like Rwanda, is the opposite of the nature of God who himself took responsibility for our failures.”

The British Red Cross said it was “profoundly concerned” about sending “traumatised people halfway round the world”. 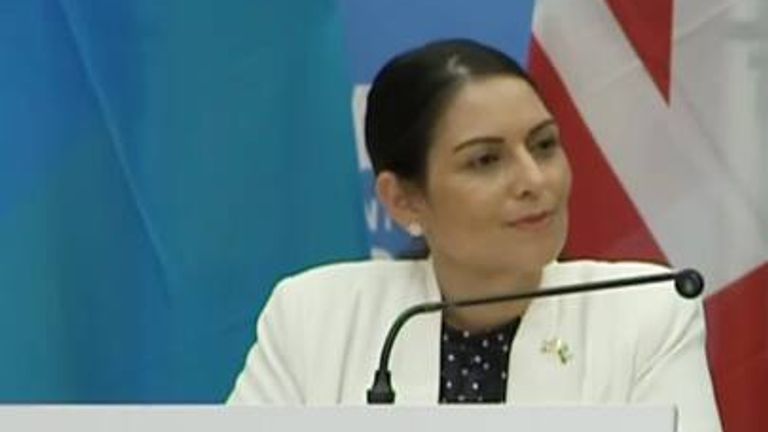 A look at the Rwanda holding centres

This is not a policy-wrecking intervention – analysis

Ministerial directions are rare and this one does highlight the fact that a lot of taxpayer cash is about to be spent on the Rwanda resettlement plan with no guarantees it will produce tangible benefits.

But if you read the text of Matthew Rycroft’s letter, it is clear this is not the policy-wrecking intervention some are claiming.

The permanent secretary says that after taking legal and operational advice he sees no feasibility or propriety issues.

His concerns are that the deterrent effect can’t be quantified with certainty at this point.

Government sources say the reason the documents were published over the Easter weekend was to counter claims that civil servants were “against” the plan.

Priti Patel clearly believes the severity of the situation means the risk is worth taking.

Her allies will no doubt applaud her for that, and point to the old saying that “advisers advise and ministers decide”.

Mr Rycroft said he recognised the “scale of the issue we are facing”.

He noted: “The asylum system is costing the taxpayer over £1.5bn per annum – the highest amount in over two decades, and current spend on hotels is c. £4.7m per day including those who have arrived through resettlement programmes.”

He also said he had “satisfied myself that it is regular, proper and feasible for this (Rwanda) policy to proceed”.

Ms Patel said she was concerned about the effect that dealing with high levels of illegal migration was having on staff.

She wrote: “Each day I am struck by the extremely challenging work we are asking Home Office officials and Border Force operational staff at all levels to undertake.

“It is with this in mind that I believe there is an imperative to act now to mitigate the impact on staff wellbeing as well as departmental operational and financial pressures in the longer term.”