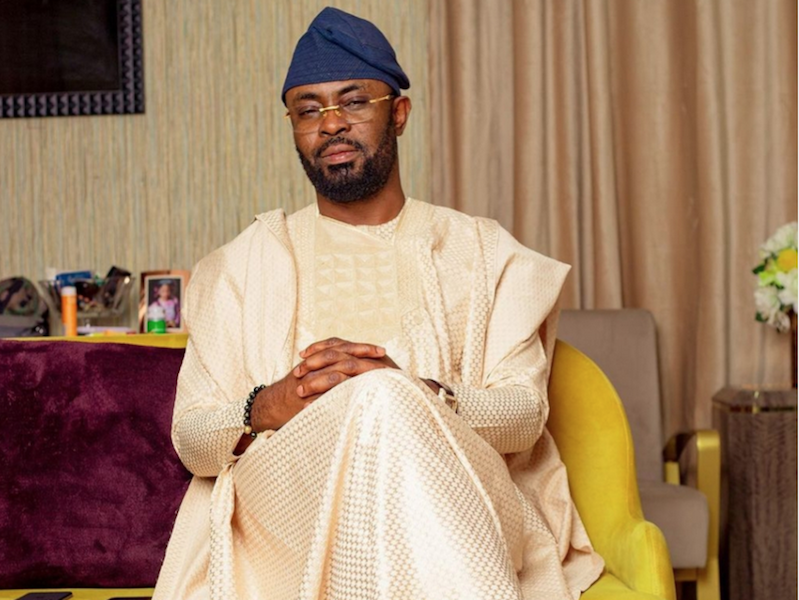 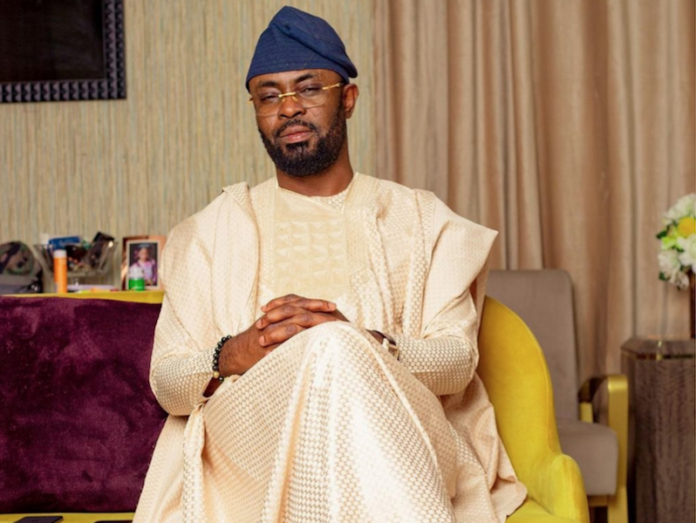 Many may believe that Honourable Dele Phillips is a neophyte in politics, but the real estate guru has done a lot in a little time for his people of Aramoko and beyond in Ekiti state to make him very popular. The Marketing graduate from Ado Ekiti University and also hospitality and property management diploma holder from the UnitedKingdom, is on a journey to the Green Chambers to represent his people of  Ijero/Ekiti West/Efon Federal Constituency and in this interview with Nseobong Okon-Ekong, he  spoke on why he is in politics, godfatherism and what he intends to do for his people. Excerpts

Many in Ekiti believe you are new to the game of politics because you are just showing interest, would this not be a disadvantage?

I may be new in politics, but I have followed politics closelyfor decades. Politics is in everything we do; it’s in everyone. We always have this wrong belief that we are in it only when we getdirectly involved. But I can tell you clearly that it’s in everythingwe do directly or indirectly. It will and can never be a disadvantageto me because all politics is local and I know I’ve done a lot with mypeople within few years I officially showed my interest.
Have you played politics in any capacity in or outside Ekiti before now?
I have never played politics at any capacity in the past. It’samazing to be involved this much and to be accepted by my people.

It is generally believed in Nigeria that politics is a dirty game, how ready are you to play that game?
Politics is not a dirty game, it’s a contest; it is natural to seepeople or contestants fighting for victory. It is never about physicalfight, but laying your cards on the table to enable the voters tochoose. We can see footballers fighting hard for victories on thepitches, can we then conclude that it is dirty? Dirty is relative.

Many refer to politics as being dirty because it is almost a do ordie affair and also, politicians here use  every tactics available tothem to bend rule in order to be elected, are you ready for this kind of politics?

Politics should never be seen as a do or die affair. Not in Nigeriaor anywhere in the world. Like I mentioned earlier, it is a contestand politicians should see it that way. I can never play politics ofbending rules to suit one’s ambition. It will forever remain a good thing for politicians to abide by the rules of the game.

You are a major player in the real estate business and otherbusinesses that you oversee, why are you in politics?

The real estate business is what leaves our legacies on solidprints for other generations to feel and enjoy, it’s very similar topositive politics devoid of corruption and misappropriation. I’m in politics to better the lots of my  people. A thing I’ve been doing as a private person. I’m in politics because our decision and policies at the National Assembly can change the lives of my people positively; better than it is now.

As someone who is coming into politics newly, why house of reps and not state house of assembly or Local government chairman?

I think I can bring my consistency which has always made the difference for me, the difficulties we face in the country and the expected change to the national platforms. The national platform will definitely capture more people, hence my decision to gun for the Reps.

What are your chances of clinching your party ticket?
The party APC is an amazing political party, it gives a levelplaying ground which may not be available in other parties. With myparty, your chances for clinching tickets are high if you are not justa pretender and if you remain loyal to the party. It’s a politicalparty where leadership is respected and maintained.

As a youth aspiring to contest for a political post, what benefitsdo you think Ekiti youths will derive if eventually voted?
The benefits for the youths are limitless; I think I know wherethe shoes pinches, education, job creation and other opportunitieswill be our daily targets. It’s better to feel and experience it thanblab about it.
You’ll be representing your constituency in the house, have you done a feasibility study of what and what your people need?
I have ran my checks. It could be very challenging because needs are a lot. I think working extremely hard and intelligently should  answer this question because needs can change.  We will work daily to capture these needs and attend to them.

What area(s) will you focus on if elected ?

I will focus on everything. We will try to touch everything; theyouths, our elderly people and most especially the women who carry the heaviest burden of the poverty in our country. We will influence laws that will alleviate their pains and also help with their challenges.

Hon. Omowumi Ogunlola is at present , representing your people at the Green Chambers,  how would you rate her performance so far, and what are the areas you feel she’s lacking that will give you an edge?
Hon Omowunmi Ogunlola is a leader of great repute, she is not new to law making. She was a member of the ekiti state house of assembly.She has done very well, but I know we can do better.  Comparism isineffective when you have not tried both sides. The voters will dotheir comparism very soon.
We’ve seen many lawmakers who are mere passive members based on their zero contribution on the floor of the house, what do you have to say to this, and what is the assurance that you’ll be different from those?
Some some lawmakers may not be very visible or active publicly, but that doesn’t mean they don’t contribute. They may have done well for the people they represent and not only with their voices on the floor. That doesn’t mean I won’t contribute like I’m expected to. All I knowis that I will do whatever is necessary to positively impact mypeople.

Godfatherism plays a major role in the way party ticket is picked in this modern democracy, how are you sure you’ll get a ticket without one, or are you banking on a godfather?

Godfatherism  is relative. Our leaders and the fathers of the party will remain respected for their sacrifices. Their experiences must also be respected. I don’t think that’s godfatherism. We have leaders and fathers in every spear of life; even in our villages and communities. Q: What’s your relationship with His Excellency, Gov. Kayode Fayemi?A:I have a perfect relation with Gov Fayemi. He is an Aquarian like me and arguably the most intelligent governor in Nigeria today. He has done unbelievably well. I honestly want to be associated with a personlike that.

Give us a lowdown of your manifesto that will sell you to your people?

My manifesto is very broad. In summary I want to say this will bepolitics with compassion where my people’s heart-heats are felt.

It is beleived that PDP candidate in the forthcoming governorship election is Fayose’s anointed, and the APC’s is Fayemi anointed, what’s your calculation of the election?
Gov Fayoshe can’t anoint any candidate  for the house of reps. TheEkiti people have gone past that. We live in the present times whenthe Ekiti people want to know and elect their leaders andrepresentatives. It’s an open contest. We will all try out ourpopularities and goodwill amongst our people.