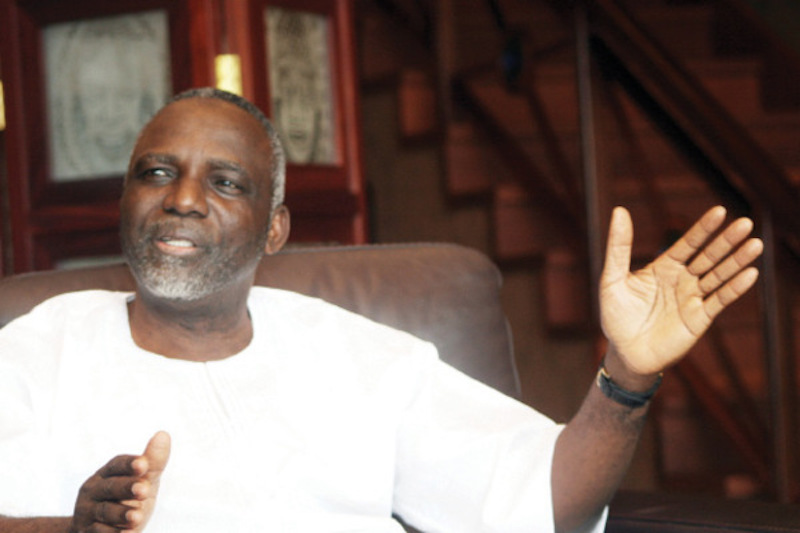 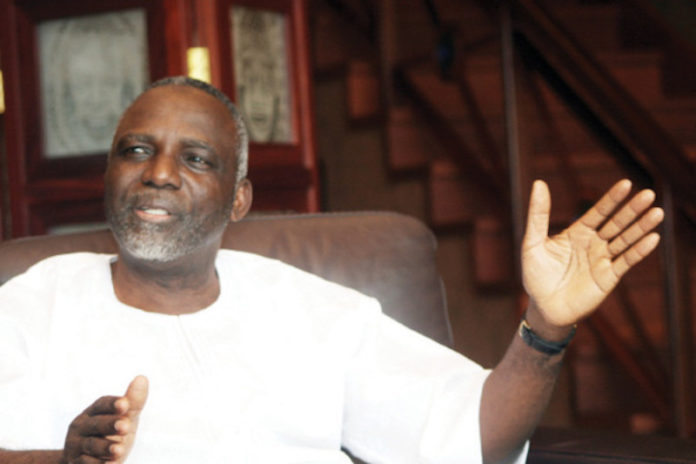 Like most sportsmen and women in Nigeria, I was excited when it was reported that Professor Bart Okechukwu Nnaji, the globally famous engineering genius, accepted on Sunday, April 3, 2022, to run for the Enugu State gubernatorial race. I am particularly happy for obvious reasons.

Though my parents came from Onitsha in today’s Anambra State, I have been living and working in Enugu since the 1970s, including being the goalkeeper for the Rangers International Football Club which in the 1970s and 1980s set different records in Nigeria’s history.  The second reason for my interest in Professor Nnaji is that he and I participated in the 1975 National Sports Festival at the National Stadium, Surulere, Lagos, as representatives of East Central State which has since been split into today’s Abia, Anambra, Ebonyi, Enugu and Imo States.

While I was playing football, Nnaji was a star in the field and track events. He represented East Central State in about four events, including long jump and the 880-metre race where he won prizes. The 1975 National Sports Festival took place five years after the Nigerian Civil War which our heroic Eastern Nigerian people lost. All of us were determined to take our people out of the state of what the popular politician, Dr K. O. Mbadiwe, famously called a state of psychological defeatism to a state of psychological glorification. We fought like wounded lions. We were not interested in monetary benefits, but in the upliftment of our people.

How Professor Nnaji became a sportsman is a fascinating story on its own. He was a House Captain at St Patrick’s College, Emene, Enugu. During the Inter House Sports, there was no person to represent his House in field and tracks. He felt challenged. So, he opted to enter the race for the heck of it. He surprisingly dusted all his competitors, including those who had achieved state-wide fame as sports stars. His victory was considered a fluke in some quarters. A repeat was, therefore, ordered. He once again floored all rivals. Not only in 220 and 440 but also in 880 and even in long jump! This was absolutely incredible. Here was someone who never participated in sports, not even in mere practice or mock or demonstration, defeating state athletes hands down! He was naturally invited to camp to slug it well from students from other schools in the state. He dusted each and every one of them almost effortlessly.

Based on the outstanding performance of young East Central State footballers and athletes, many youngsters secured employment with the State Sports Council in Enugu. Bart Nnaji was one of them; I had already been hired as early as January, 1971. Like many of us, his excellence in sports proved more beneficial than many anticipated. Nnaji secured admission into different American universities, including Columbia, an Ivory League institution in New York, based on both academic and sports excellence, but he chose St John’s University in New York simply because it is an old Catholic institution; he has always been a devout Catholic. It is important to stress the point of Nnaji’s scholarship to study in the United States partly because of his excellence in sports; most reports I have read about his going to the United States in 1977 claim that his scholarship was based solely on his outstanding brilliance, apparently on account of his prodigious attainments in the academia. It is also important to stress that Nnaji’s record in long jump at St John’s University, where he graduated as the best student of the year in 1980 after studying Physics and Mathematics for 30 straight months, remains unbroken to this day. His name is conspicuous in the university Hall of Fame for outstanding scholastic and athletic achievements.

It is good for sportsmen and women to move into different spheres of life. It is expected that they will remember former sports persons who are now indigent, aged or incapacitated. Many of the stars of yesterday are today living in penury. They can’t afford the basics of life like medicines, food and accommodation. That is why Rangers players of the 1970s and early 1980s will remain grateful to former Governors Peter Obi and Willie Obiano for their great assistance. These two former Anambra governors have a powerful sense of history and made sure that Rangers players, regardless of their states of origin, were paid a stipend every month.

Governor Obiano went a step further as he gave each of us a bag of rice every Christmas. Let the truth be told, if not for him many of us would not have celebrated Christmas in the last few years for our families, despite our huge sacrifices for our people in our youth. Obiano even made me his Senior Special Assistant on Sports. He made sure Rangers players were recognized at every major public function in appreciation of our role to redeem the Igbo people in the wake of the Civil War. On March 9, 2022, he gave me the high award of the Commander of Anambra State at a most impressive ceremony at the newly built and magnificent Anambra International Convention Centre, Awka.

Of course, no one can forget the efforts of such sports-loving erstwhile governors as Dr Okwesilieze Nwodo, the first elected Enugu State governor, who was in the process of rehabilitating Rangers when the General Sani Abacha coup occurred on November 17, 1993. Governor Chimaroke Nnamani made me the Rangers Team Coach. Governor Sullivan Chime appointed me Sports Consultant. Under Governor Ifeanyi Ugwuanyi, Rangers won both the League championship and the Football Association Cup, after many years. Ugwuanyi, a fantastic sprinter at St Theresa’s College in Nsukka, continues to support Rangers. Needless to state, Governor Jim Nwobodo of the old Anambra State was Rangers Chairman and went out of his way to promote the team.

We need sports-friendly governors throughout Nigeria, starting with the Southeast where sports, perhaps more than any other thing, served as an effective instrument to uplift our people after the defeat we suffered as a result of the Civil War. The East Central State Administrator in the early 1970s, Dr Ukpabi Asika, used to tell us that we needed to compete better than the rest of Nigeria not through war but through sports and other nonviolent activities. Dr Asika, a political Science lecturer at the University of Ibadan before the War, used to quote to us a statement by Bertrand Russell, the British philosopher: “Sport is war by other means”.

We need more Professor Bart Nnajis in politics and other spheres of human life. We need sports persons in leadership positions in Nigeria. We need those who understand that sport is not just about entertainment, as the late Major General Shehu Musa Yar’Adua, the then Chief of Staff at the Supreme Headquarters during the General Olusegun Obasanjo military regime, reminded the nation. General Yar’Adua was speaking in the late 1970s when Nigeria set a committee to host the first time the Africa Cup of Nations Competition in Lagos. Nigeria won the competition, the first time it ever did. I was a member of the Green Eagles squad.