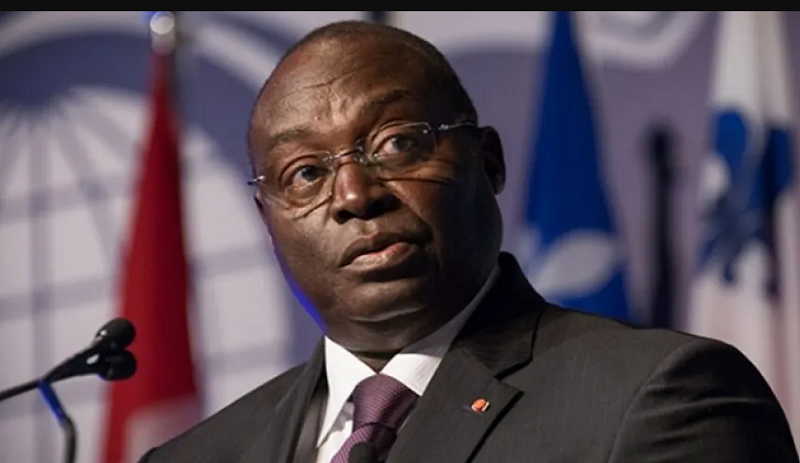 The Ivorian Central Bank Governor, Tiemoko Meyliet Kone has been appointed the vice president by President Alassane Ouattara, making him the front runner for the country’s next elections.

The 73-year-old was selected for the Vice President position even as the constitution states that the vice president takes over in the event the President does not have the capacity to exercise his duties.

The position of vice president has been vacant since Daniel Kablan Duncan resigned in 2020, after he was overlooked as a potential successor to Ouattara in that year’s election.

Ivory Coast, however, becomes the second West African nation after Nigeria to have a central bank governor with the possibility of replacing a president.

In Nigeria, campaign fliers have emerged over the last few weeks indicating the possible ambition of Nigeria’s central bank governor, Godwin Emefiele, to participate in the race for the presidency in 2022.

What are the comparisons?

Tiemoko Meyliet Kone takes the lead in replacing Ouattara ahead of the 2025 elections, which will emerge 2 years after Nigeria’s elections in 2023.

Kone has also served as minister of construction before being appointed as Governor of the Central Bank in 2016. More than Emefiele, Kone stands a better chance of getting to the top seat as under Ivory Coast’s constitution, the vice president takes over in the event the president becomes incapacitated. There are also talks of Kone being President Ouattara’s favourite for a successor.

In Nigeria, Godwin Emefiele has maintained that his focus at this point in time is to formulate a robust monetary policy and fight inflation which is now a global problem. Emefiele stated this in apparent reaction to calls for him to run for the presidency of the country in 2023.

If Emefiele succeeds Buhari and Kone succeeds Outtarra, it will mean 2 of West Africa’s 3 largest economies would be led by former central bankers, joining the likes of Mario Draghi, Italian Prime Minister and former head of the European central bank.