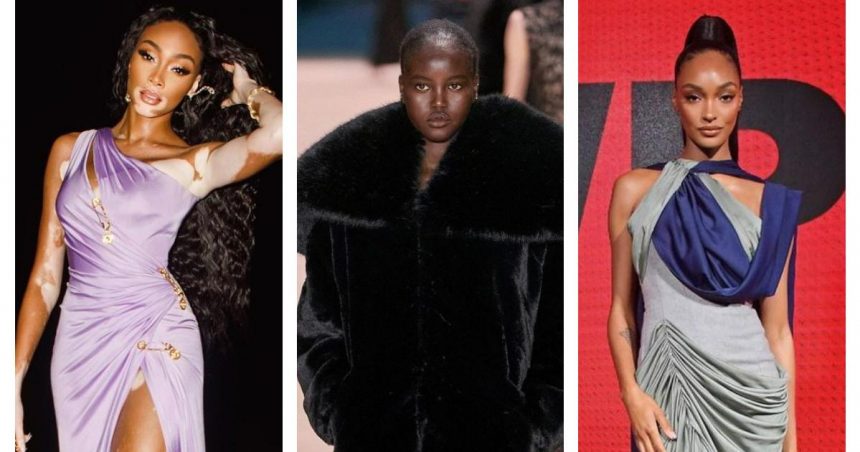 For the new school girls, Jourdan Dunn is the richest supermodel reportedly worth $13 million. The popular Adut Akech is worth $2 million – despite the number of runways she has walked. Winnie Harlow, the model with vitiligo is worth $4 million.

Recently, we made a list of the five highest paid models in the world right now, and of course, no black model was part of it. The fact that black models did not crack the top five list indicates a pricing issue.

Making them part of a quota

Recently, Faith Morey, a model who visted Pulse Nigeria’s headquarters in Lagos during an interview said in those days, black models were for quota. “We have 10 models. Let’s just add a black one. ” Nowadays, things have improved considerably. 47% of models at 2020 fashion week were black.

The fetishization of black skin

In the international fashion world, black skin is fetishized. Creative directors and designers rarely accept their natural complexions. Canadian Supermodel, Nini Amerlise, spoke to Pulse about how she was made four shades darker for a magazine feature.

It seems like their acceptance of a black person is for aesthetics, like only extreme blackness portrays Africa.

In February 2022, Vogue was under fire for making the faces of their cover models blacker and darker – painting models’ faces dark is a form of black face.

In racist cultures, there is what is known as black face, and it is a caricature and mockery of Africans and African Americans. Black face should have no place in the modelling world.

Black skin and hair are not taken care of

Another challenge these models face is the lack of black hair stylists that know how to manipulate black hair.

Nini, who has walked the runway of New York, South Africa and Paris fashion week, spoke to Pulse about how they often refuse to style her hair and let her to walk the runway the way her hair is.

Most times, these black models have to cut off their hair to get more modelling gigs.

It is amazing to see how much love and recognition black models are beginning to get, for example, Vogue’s all-black cover.

Yet, darkening their skin is much more than an artistic choice rather it may be interpreted as a fetishisation of blackness.

What is the conclusion? Black models must be accepted for who they are, paid the same price as others and the peculiarities of their skin and hair should be catered for.