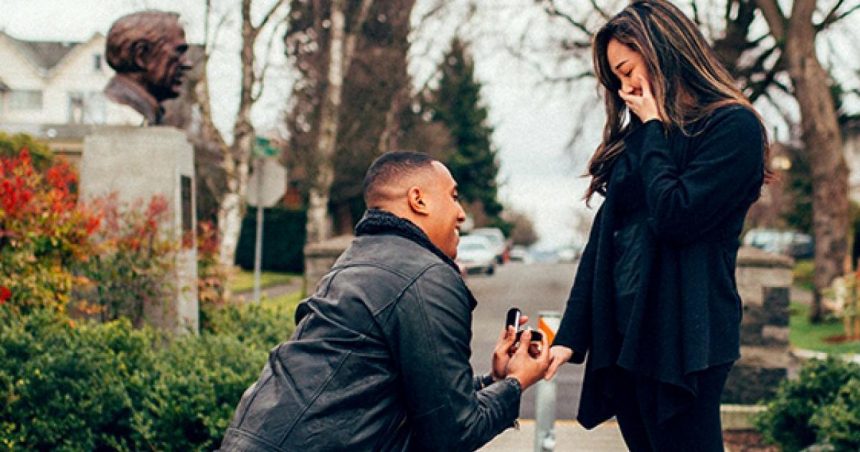 Research has indicated that the average man takes 6-7 months to conclude if the person he is dating is marriage material to him.

This low number may come as a shock to many people who are in unmarried relationships lasting years, which can happen for several reasons.

In some cases, a couple may have met at an inopportune time to marry because of age, school, finances, or other obstacles, so they put off marriage until a better time – even if the man has already concluded he wants to marry his partner eventually.

Sometimes, a man may put off proposing because he feels it’s not socially acceptable to propose so soon, or he is afraid of being rejected as a consequence of moving too fast.

He may not trust his desire to marry his partner at first, so he waits to see if anything changes in the relationship.

In fact, there isn’t a time or period to consider at all. Some ended breaking up even after years of dating while some wedded even when they were together for less.

However, these 3 indicators matter:

You can say a man wants and will marry you when there are no ifs and buts. No more of those lingering “what if she’s not yet the one” and “we make a good team, but I’m not sure if this will last forever.”

The length of time varies for every person. Some men are already sure about marrying their partner early in the relationship, while others want to grow into the relationship first before popping the question. However, their common denominator involves the feeling of peacefulness towards the woman.

Before diving into marriage, any man—or person for that matter—will consider the negative side of things. No relationship is perfect and most couples will always have a problem or two as boyfriends and girlfriends but if a man accepts everything with peacefulness in his heart, you’ll know that he’s sure about marrying you.

There are no perfect relationships. Every couple will experience the bad side of being together in one way or another, but a couple grows strong if they can choose and want to preserve their relationship despite everything.

If you’ve done this with your partner, this can be a time when he pops the question to you