Guyana’s president has called for an apology from the UK over its role in the transatlantic slave trade after meeting Prime Minister Boris Johnson.

Speaking to Sky News, Irfaan Ali explained that a decision calling for reparations over “one of the greatest atrocities in human history” must be taken by all Caribbean nations.

“That suffering was not only immense, it was generational. And a lot of wealth was derived from the suffering,” President Ali said.

His comments come after the Earl and Countess of Wessex visited the Caribbean, where they faced anti-colonial protesters who demanded apologies and reparations for UK’s participation in the slave trade.

Although politicians and royals have acknowledged the “atrocities” they have yet to apologise.

President Ali says this needs to be addressed and he believes “the conversation is getting closer to an apology”.

“Not a simple apology, it has to have great depth and meaning. But in my view and looking at the last announcements, I think they’re heading closer to that position,” he said.

The president explained that his optimism comes from the continued work of CARICOM, an intergovernmental organisation that represents the interests of the Caribbean – as well as collectively calling for reparations.

“We have established a committee in the region itself that is looking at this because we understand that the region needs to have a common position,” he said.

He added that it’s better if the Caribbean countries unite in order “advance the process”.

By the end of the Wessex tour, Antigua and Barbuda as well as Saint Kitts and Nevis, declared their intention to distance themselves from the British monarchy.

It comes as Jamaica and Belize expressed a similar interest when the Duke and Duchess of Cambridge visited a few weeks before. 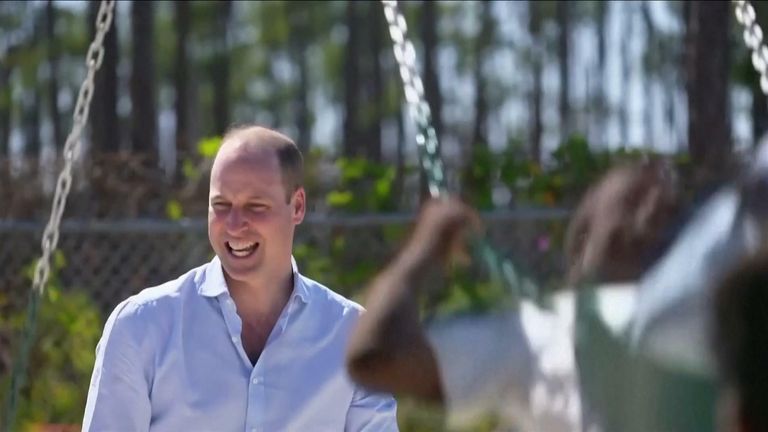 Will and Kate’s Caribbean tour ends

Guyana was among one of the first Caribbean countries to become a republic in the 1970s, and Mr Ali said sometimes change is for the best.

“The colonial past is part of the history now that makes up these countries, all our countries. We can not distance ourselves from history,” he said.

He added that more countries are “moving to Republic to demonstrate their full independence” and deciding to “walk on a new path”.

However, President Ali explained that the intention is not to completely cut all ties – but to be treated as “equals”.

In the future, he said he wants a “stronger relationship” between CARICOM and the UK, and hopes Britain will pay more attention by “working with the small island developing states.”

“There is a recognition that there needs to be a re-set of the relationship in a way that gives more prominence to the Caribbean, Guyana, and the UK,” he said. “And that is happening, that is a work in progress.”

While relations between some Caribbean countries and the UK have come under strain, Mr Ali is still hoping to strengthen his partnership with the UK.

Earlier this week, the president met Boris Johnson to discuss ways in which the UK can invest in his country.

He explained that despite recently discovering huge amounts of offshore gas and oil, investment in the country is vital.

He explained that Guyana’s economy should become multifaceted, and thinks this is where UK investment may come in.

He described the meeting held with Mr Johnson as “excellent”, adding that they discussed a range of issues such as climate change, energy security, and forest management.