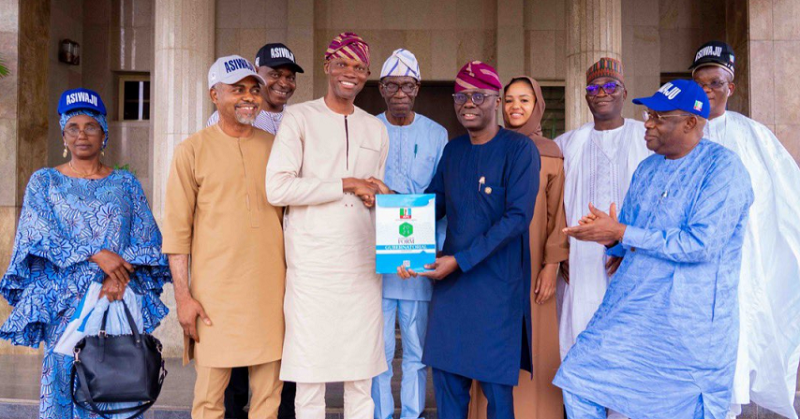 The Lagos State Governor, Babajide Sanwo-Olu declared his intention to seek re-election as he picked up his Gubernatorial Nomination and Expression of Interest forms for the All Progressives Congress (APC) ahead of the primaries for the 2023 elections.

The Governor signed up for the forms at the APC’s national secretariat in Abuja on Friday.

He said that the work towards a Greater Lagos never stops, adding that the actualization of the state’s T.H.E.M.E.S agenda is a collective responsibility which can only be achieved through trust and accountability.

What the governor is saying

He said, “A big thank you to our dear party, APC, especially the leadership for their vote of confidence, and the good people of Lagos state for their trust, and for always holding us accountable.

“Governance is a huge responsibility, and all hands will continue to be on deck as we work tirelessly towards achieving our goals for a Greater Lagos.