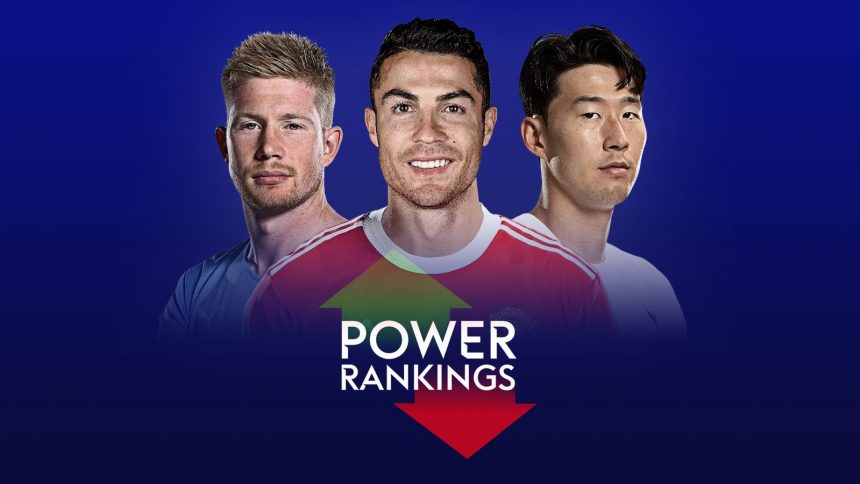 Who is red-hot in the Premier League right now? Sky Sports ranks every player over the last five matchdays…

Contents
How are the Power Rankings calculated?Golden Boot race hots up

Manchester United forward Cristiano Ronaldo stormed to the form chart summit after smashing a winning hat-trick past Norwich at the weekend – his second hat-trick in a month.

Ronaldo’s form means the 37-year-old has now netted 99 Premier League career goals and could join the illustrious 100 Club if he scores against Liverpool live on Sky Sports this Tuesday.

Manchester City midfielder Kevin De Bruyne holds the runner-up spot after his side’s league fixture was postponed due to a clash resulting from the FA Cup defeat to Liverpool – having notched five goal involvements in his past four league games. A round-up of all the Premier League games from matchweek 33. Manchester United beat Norwich to keep their hopes of a top-four finish alive as Arsenal and Spurs stuttered and Newcastle clinched a last-minute win against Leicester.

Tottenham winger Heung-Min Son (No 3) tumbled two places from top spot after the 1-0 defeat at Brighton ended his three-game purple patch of six goals and one assist.

Chelsea duo Mason Mount (No 4) and Kai Havertz (No 7) retained positions among the elite, with the former netting twice and assisting Marcos Alonso and the latter tapping home his seventh of the season in the 6-0 win over Southampton. 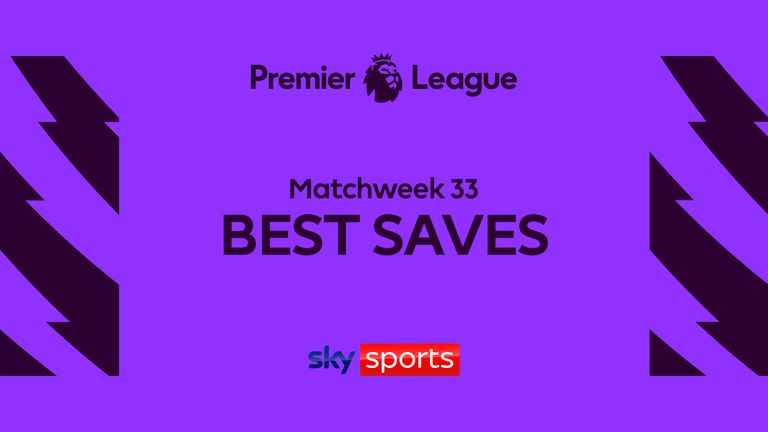 We take a look at some of the best saves of matchweek 33 in the Premier League including stops from David de Gea, Fraser Forster and Nick Pope.

Leeds winger Jack Harrison (No 5) retained a lofty standing from his three-game goal streak, while Newcastle midfielder Bruno Guimaraes (No 6) scored a winning double in a 2-1 win over Leicester.

How are the Power Rankings calculated?

The Power Rankings are based on points awarded to players for 35 different statistics – from goals and assists, to blocks and tackles. The standings take into account the number of points a player has earned up to the previous five matchdays of a season, with each previous game worth 20 per cent fewer points in incremental deductions.

Liverpool forward Diogo Jota (No 8) and Crystal Palace ‘keeper Vicente Guaita (No 9) also remained among the top performers, while Brighton’s Leandro Trossard (No 10) surged into the top 10 after scoring the winner at Tottenham.

Ronaldo now ranks joint-third in the Premier League goal chart with 15 goals, behind only Mohamed Salah (20) and Son (17).

As with the title race, the hunt for a top-four finish and the relegation fight, the Golden Boot battle appears to be heading to the wire…