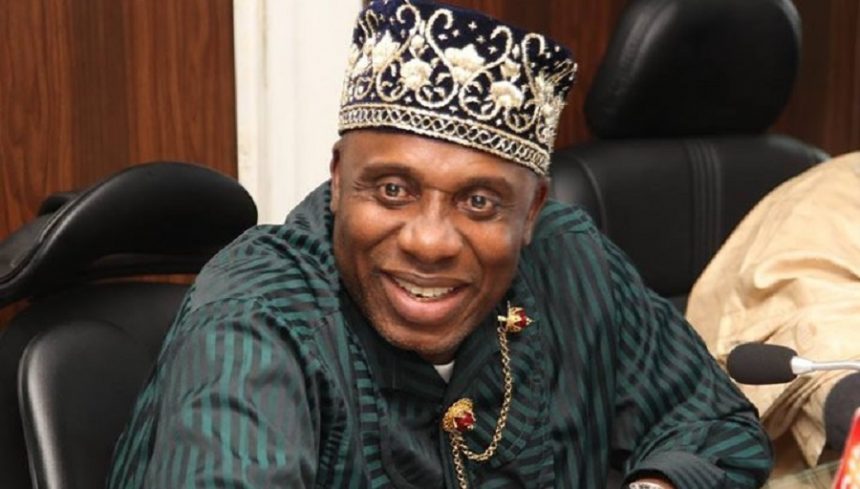 Nigeria’s Minister of Transportation and former Governor of Rivers State, Chibuike Rotimi Amaechi has declared his intention to run for the 2023 Presidential elections.

Contents
What Amaechi is sayingRelated

The Minister disclosed this in a social media statement viewed by Nairametrics on Saturday.

He stated that he is compelled by the urgency of Nigeria’s present challenges to place his experience and  proven capacity at the service of the nation at the highest level.

I stand before you today to declare my intention and submit my application to serve as your next President. #Amaechideclares

What Amaechi is saying

He stated, “Fellow Nigerians, I stand before you today to declare my intention and submit my application to serve as your next President.

“These 23 years of service have equipped me not only with great experience in governance and public service but also compassion for the ordinary citizens of our dear country.”

He added that after more than two decades in the public arena, he wanted to go on holiday and spend more time with his family before charting a new course outside politics.

“But at 56, and a member of the generation born after independence who has seen the good, the bad and the ugly of Nigeria, I am compelled by the urgency of our present challenges to place my experience & proven capacity at the service of the nation at the highest level,” he said.

He warned that Nigeria is facing some very serious challenges including problems of insecurity, challenges of greater accountability in governance, youth unemployment and the scourge of spiralling poverty.

He said, “We live in a troubled world. The reality we used to know has altered in nearly every nation. Climate change has brought about food scarcity in some places. Population explosion has produced unusual pressure on resources and supplies.

“Poverty has become a challenge all over the world, especially in the developing world. The Covid crisis has placed unanticipated burdens on the budgets of nations and put pressure on available resources. Trans-border crises have erupted in unusual places and placed the internal security of many nations under pressure. We are part of the Sahel, an area of the world that is subject to frequent terrorist attacks. Let us look at our current challenges as part & consequences of these global trends

“To sustain and intensify present efforts at solving our national problems, our democracy must ensure the emergence of a leadership that is equipped with broad experience in governance to ensure stability and continuity”

He revealed that his campaign will have only one message, “Hope is around the corner”.

“If you elect me as your President, I promise to play my part to the best of my ability. Every day I will rise and go to work for you. I will never forget the fact that I am there to serve you,” he stated.

Amaechi will join other aspirants including former Lagos State Governor and founder of the APC, Bola Ahmed Tinubu; current Governor of Ebonyi State, David Umahi, former Vice President, Atiku Abubakar; former Governor of Anambra State, Peter Obi, and current Governor of Rivers State, Nyesom Wike to vie for the position of President of Nigeria ahead of the 2023 general elections.