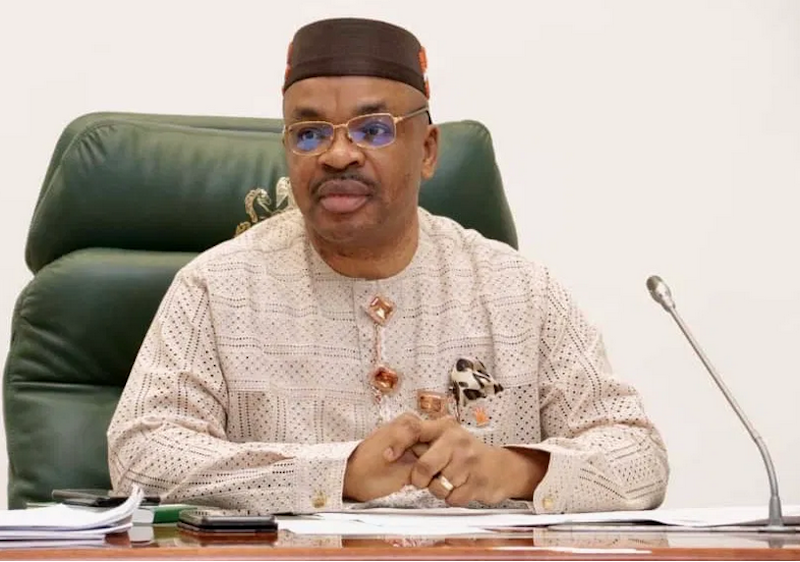 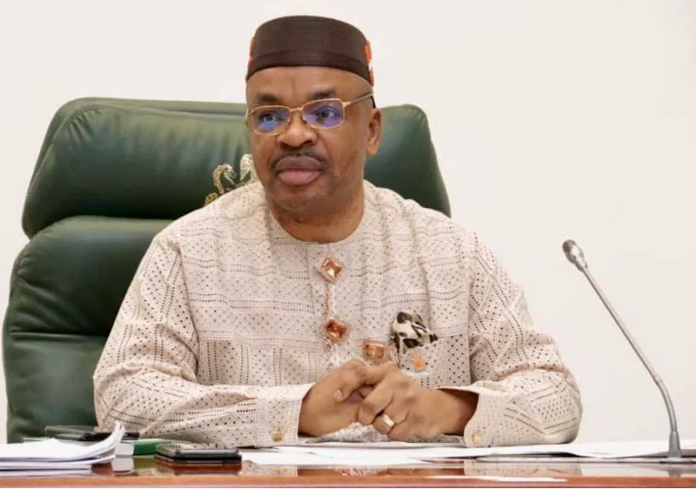 Adeniyi Tosin writes that should the Peoples Democratic Party favour an aspirant from the South-south to fly  it’s presidential flag, Governor Udom Emmanuel of Akwa Ibom State fits the bill

The 2023 presidential race is getting more heated by the day as various aspirants are coming to light more and more. This has raised more and more speculations on whether the unspoken code of a southern President would take effect.There are three geo-political zones in the South; the South-west, South-south and South-east. All three are eying the prize and showing strong interest in the office of the President of the Federal Republic of Nigeria.It is no question Nigeria needs a technocrat more than it needs a politician as its President and in the South, there seems to be more politicians than technocrats particularly in the South West and South East. But even with a technocrat there would still be need for political reasoning so an exclusive breed of technocratic-politicians is the silver bullet Nigeria needs and in the South-South a shining example among them is the Executive governor of Akwa Ibom state, Udom Emmanuel.Governor Udom Emmanuel, who is on the platform of the Peoples Democratic Party (PDP)  is a peak performer with many laurels to his name.As a business man, with a master’s degree in business administration from one of the world’s most prestigious universities, Udom Emmanuel strut his stuff in the business world before becoming the Governor of Akwa Ibom State.His economic and infrastructural policies have all worked together in raising the GDP of the state to 13.19 billion dollars making it the second richest state in Nigeria after Lagos and slightly more than the oil rich Rivers State. As the typical election cycle of Nigeria often plays out, many of the other aspirants are brandishing fictitious achievements and assassinating the character of more qualified opponents. But for Governor Udom Emmanuel the results speak for themselves.The Governor’s vision for Akwa Ibom has created more jobs for the people of Akwa Ibom and among them Ibomites would most notably recall the Governor doing what the Federal Government was unable to do with Nigerian Airways, when he created a State carrier, Ibom Air, that has run successfully since June 2019. Udom Emmanuel started out this audacious idea with 6 aircrafts and he has  expanded it with an additional 10 more planes from Airbus later this year setting the airline on its way to becoming one of the biggest in Nigeria and in Africa.More so in the area of security Governor Udom Emmanuel took strides in ensuring adequate investment were made in Akwa Ibom state. A pivotal one is the donation of a fully built and equipped Special Protection Unit Base in Awa Iman and 15 Patrol Vehicles with state of the art communication and security gadgets to the Police Force. He also did commission 168 Houses in the Army Barracks, Ibagwa in Abak  and built a Nigerian Navy Military School in Ikot Ntuen. The skyline of Uyo has a historical land mark difference with a first of its kind 21 storey tower built by Governor Udom Emmanuel. The smart complex is a beacon to attract high net- worth individuals and companies to further increase the economic activities of the state. This visionary endeavor shows the determination of the Governor to not only dream with “the audacity of hope” idea but to make the dream a reality.The 25 kilometers that separate Uyo and Ikot Epkene was dualised and reconstructed, twin bridges were built in Nto Edino/Ekwereazu, a flyover was built in Ikot Oku Ikono and many community roads were resurfaced, constructed and rehabilitated.One area that Nigerians have repeatedly complained about is the health sector. The abysmally poor  state  of our healthcare system has led to low medical tourism caused by  those who were voted to be the custodians of our health and wellbeing. Governor Udom Emmanuel didn’t follow the status-quo, rather he reconstructed the General Hospitals in Ikono, Ikot Okoro in Oruk Anam, Ituk Mbang, Iquita Oron, Ikot  Abasi, Awa Iman, Ikot Ekpene and remodeled and re-equipped Immanuel General & Psychiatric Hospital, Eket. He built and commissioned a state-of-the-art 300 bed space isolation centre at Methodist General Hospital in Ituk Mbang at the peak of first wave of the COVID-19 pandemic. All the remodeled General Hospitals are fully digitalized and smart in order automate and boost healthcare delivery systems therein. The industrialization Akwa Ibom has seen in the last few years is remarkable. At least 20 industries with enduring economic benefits alongside other legacy projects in the state have sprung up. The economic policies have also attracted Foreign Direct Investments in industries that prior to his administration were nonexistent.As the build up to the party primaries gathers more momentum the all-important question is will the PDP put its best foot forward by fielding a forward thinking candidate like Governor Udom Emmanuel? The party would appeal better to the Nigerian populace when a performer like Governor Udom Emmanuel is the flag bearer. Because Nigerians need results and Udom Emmanuel can give those results as the president of Nigeria. The intellectual proficiency of his administration and the stellar work of Governor Udom Emmanuel in Akwa Ibom state go to show, a technocratic-politician like him is the winning choice.