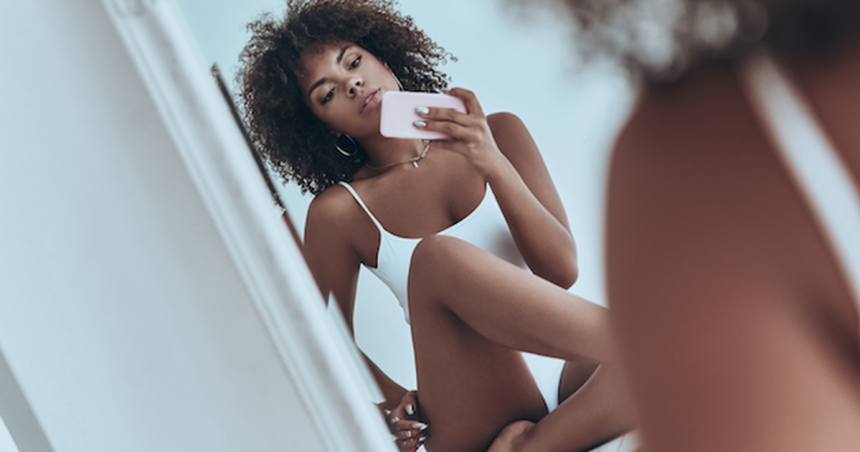 We are constantly on social media, meeting people, forging ties and engaging in sexual activities of varying intensity.

Recently, a singer named Stephanie Otobo released what she claims are the nude pictures of the Apostle Johnson Suleiman, who is the senior pastor and general overseer of Omega Fire Ministries International.

There were several screenshots of them engaged in explicit video calls, as well as a supposed picture of the preacher’s p*nis. She said she released those videos because he was trying to stop her progress as a singer and is after her life.

Let’s mention that those are, at this point, nothing but more accusations in a well-documented spat that has been going on between the singer and pastor for years.

Again, we can’t speak to the authenticity of Stephanie’s claims, but if what she’s saying is true, then one may say that as a married individual and a man of God, Apostle Suleiman shouldn’t have been engaging in such activities with a woman who is clearly not his known wife.

Notwithstanding, that does not absolve Stephanie of the legal consequence of posting sensitive photos of the the man’s body parts without his permission.

Another curious case happened on Twitter in Nigeria. It was revealed that men from Twitter created a Telegram group where they send to the group nude pictures gotten from women they met on Twitter.

Interestingly, since this information was made public, many more people have joined the group. It is disgusting to think that men share naked women’s pictures for their sexual gratification without their consent.

Some people defend these actions by saying some of the ladies are loose girls who post thirst traps online.

It doesn’t matter if other nude pictures are on the internet or even if they are prostitutes. If they post pictures online for public consumption it is not the context in which we speak.

Don’t post the ones they sent to you privately. It is that simple. Being a sex worker doesn’t rid a person of their human right, dignity and consent.

What of when women get unsolicited dick pics and they post it online? That is harassment and does not count.

Also, nudity needs to be demystified and destigmatized. Turn the other way, report the account and do not spread it or watch it out of curiosity. The goal is to cause shame, do not let the perpetrator achieve his goal – that was what Tiwa Savage did when she was blackmailed with her sex tape, she got the power back.