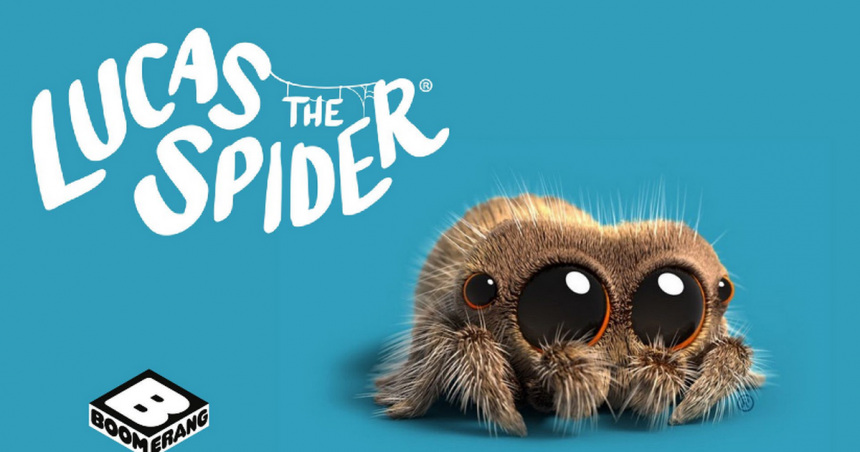 Adapted from the famed YouTube shorts, Boomerang Africa’s brand-new show, Lucas the Spider, follows the adventures of an adorable little spider named Lucas as he and his friends try to navigate the big and curious human world around them.

The fun-filled animated series features a happy, inquisitive, impossibly cute little jumping spider who is four years old and lives in a big, bright Victorian house in the city across from a park. Lucas’s passions are to spread love, live in the now, and explore his world – and that’s precisely what he does. With the help of his group of friends – a dog, chameleon, fly, bumblebee, owl, and more – Lucas bravely leaps head-first into adventure and discovery and makes the most out of every moment while learning about what it means to be a loving friend.

Lucas the Spider was originally created by accomplished animator Joshua Slice as a series of animated shorts (voiced by his nephew), which premiered on YouTube in November 2017. Currently, Lucas has amassed over 870 million views and over 3.6 million subscribers and has launched a successful line of toys and licensed goods. Retaining the authenticity of the original shorts, the producers of the new 3D computer-generated animated show, Fresh TV, in association with WexWorks Media, will focus on Lucas and his innocent and endearing perspective of the world while introducing longer narratives, new characters and an expanded universe.

Join the cutest spider you’ve ever seen as Lucas and his animal friends jump onto Boomerang Africa for their latest adventures every weekday at 07:15 CAT, starting on Monday, 2 May.

Home to your favourite cartoon characters, Boomerang Africa gives kids aged 4-7 years old and their families more to laugh about in a safe space. The fun and surprises never stop on Boomerang, inspiring kids and families to tune in to the latest shows. Reaching over 12 million people every month in South Africa alone, the channel is the #2 most popular kids’ channel in South Africa.

Boomerang’s programming includes some of its most iconic characters: the famous cat and mouse frenemies, Tom and Jerry, the hilarious Mr Bean, and the beloved Masha and the Bear, all voted ‘Coolest Cartoon Shows’ in 2021 by South African youth. Fan-favourite TV shows such as Zig & Sharko and Looney Tunes Cartoons shine alongside our new Boomerang originals, like Grizzy and the Lemmings and Taffy. Boomerang also showcases local African productions and initiatives such as Boomerang Tunes and My African Stories.