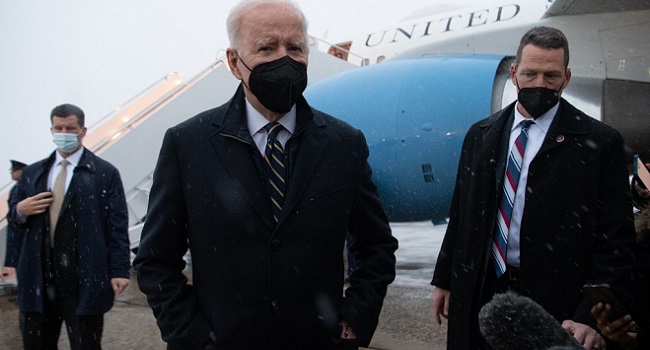 The United States is set to approve another $800 million in military aid for Ukraine, less than a week after announcing a package of the same amount, US media reported Tuesday.

Details of the new package are still being worked out, according to CNN, which cited three senior officials in President Joe Biden’s administration.

NBC News reported that the new assistance is expected to include more artillery and tens of thousands of shells to help Kyiv combat Russia’s invasion, as fighting escalates in the east of Ukraine.

White House spokeswoman Jen Psaki said Tuesday that Biden and other world leaders had participated in a call during which they discussed providing additional ammunition and security aid to Ukraine.

Biden on April 13 had unveiled an $800 million package of equipment for Kyiv, including helicopters, howitzers and armored personnel carriers.

On Monday, the Pentagon said the first shipments of this package had already arrived at Ukraine’s borders to be handed over to its military.

The bulk of the international military aid Kyiv has received since autumn of last year has come from the United States.

More than $3.2 billion in security assistance has been provided to Ukraine under Biden, not including the anticipated new package.