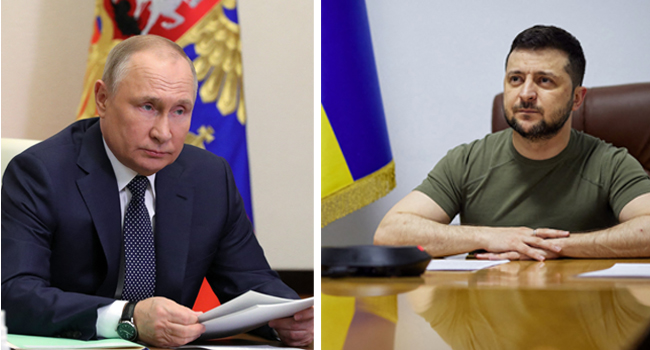 United Nations Secretary-General Antonio Guterres has asked to meet with the presidents of Russia and Ukraine in their respective capitals, a UN spokesman said Wednesday.

As the war in Ukraine rages, Guterres made the request in letters sent to Russian President Vladimir Putin and his Ukrainian counterpart Volodymyr Zelensky, said spokesman Stephane Dujarric.

The United Nations has been largely marginalized in the crisis since the Russian invasion began on February 24, in part because the war has divided the UN Security Council permanent members: the United States, France, Britain, China and Russia.

China has refused to condemn the invasion, depicting Russia as a victim of Western efforts to weaken it.

With the letters he sent on Tuesday, Guterres sought to spur dialogue to end the war.

“At this time of great peril and consequence, he would like to discuss urgent steps to bring about peace in Ukraine,” Dujarric said.

Guterres has had little contact with Zelensky since the war began, speaking with him just once by telephone, on March 26.

Putin has not taken Guterres’s phone calls, or had any contact with him, since the UN chief stated that the invasion violated the UN charter.