The Ukrainian president’s top aide says he does not believe Moscow will launch a nuclear strike against his country because Russia’s decision-makers know they could end up dying in a global, nuclear war.

Mr Yermak paid tribute to Scott Sibley, 36, the first British national to be killed fighting for Ukraine against Russian troops.

“We remember – this hero will be in our heart,” he said.

The Head of the Office of President Volodymyr Zelenskyy described the pressure of the past more than two months of war, saying the discovery of mass graves and evidence of war crimes in the town of Bucha and other areas outside Kyiv was one of the darkest moments.

Mr Yermak said if Russian forces tried again to move against the capital they would lose, having already been thwarted in an initial attempt during the first phase of the invasion. 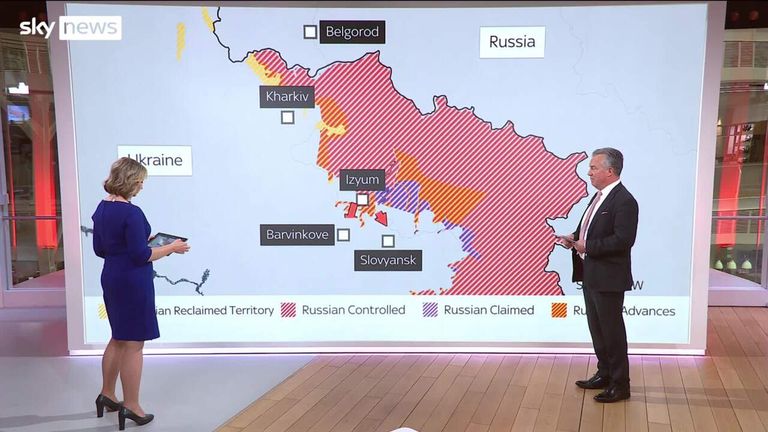 “We will fight up to the end, up until all our territory will be under the control of the Ukrainian government,” he said in an interview, speaking in English, sitting at a table in a meeting room deep within the highly-fortified President’s Office in Kyiv.

Russia’s Vladimir Putin has pointedly talked about his nuclear arsenal during the crisis, triggering concerns that he could use nuclear weapons against Ukraine.

But Mr Yermak said a Russian tactic is to use blackmail to scare an opponent, whether it is with the threat of turning off energy to Europe or threatening to use chemical or nuclear weapons in Ukraine.

He noted, as President Zelenskyy has said, the nuclear threat from Russia does exist.

But, Mr Yermak said: “Me personally, I don’t believe Russia will use a nuclear weapon.”

He said: “The people who make these decisions want to live – and if they start to use nuclear weapons it will be the end, not just for some soldier… It will be a new nuclear war and nobody knows who would be alive after this.”

What nuclear weapons does Russia have?
Russia’s nuclear capability ‘concerning’

Asked whether it would effectively mean the end of the world, he said: “Yeah – these people too much want to be alive to risk so much.”

Turning to the war effort, now focused in the east and southeast of Ukraine, the top aide stressed the vital importance of western weapons in helping Ukrainian forces to fight.

“It is one of the conditions of our quick victory and the victory without a lot of losses,” he said.

“We are now paying the highest price, because we are paying with the lives of our people.”

Mr Yermak spoke warmly about the strong friendship and support from the UK, calling a visit in April to Kyiv by British Prime Minister Boris Johnson to see Mr Zelenskyy a “big inspiration”.

He said a decision by the two leaders to exit the President’s Office compound and take a stroll through the capital to Independence Square had been impromptu – to the surprise of their security guards.

“It was big shock for the security but so happy for the people.”

As for how long he thought the war in Ukraine would last, Mr Yermak said: “I hope not long. Maybe some people want it to be too long. I think most Ukrainians want it to be finished as soon as possible. But it will be up to our victory… I hope it will be soon that we win and I am sure about it.”