Newly released satellite images show what appear to be mass graves dug around the Ukrainian city of Mariupol – holding the bodies of thousands of civilians.

The grim photographs, taken by satellite imaging firm Maxar Technologies, reportedly depict more than 200 mass graves dug in long rows stretching away from an existing cemetery in the town of Manhush, about 20km west of Mariupol.

Locals accuse Russians of burying up to 9,000 civilians there – in an effort, they say, to conceal the slaughter taking place in the port city.

In a statement, Maxar said a review of previous images indicated the graves in Manhush were dug in late March but had recently expanded. 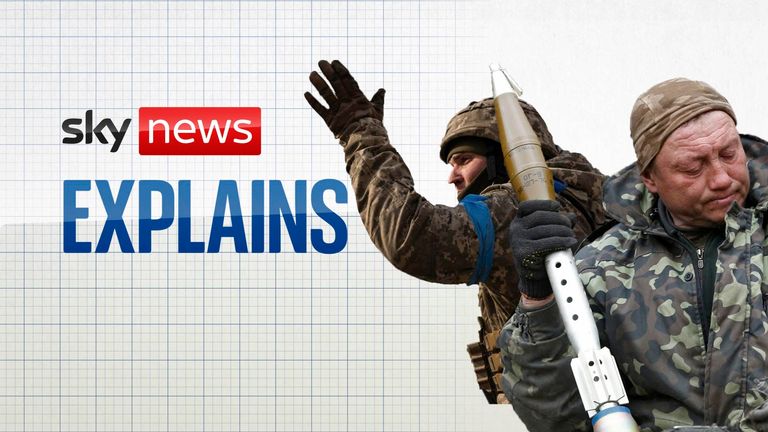 Why does Mariupol matter?

• Ukrainian troops are being trained in the UK on how to use the armoured vehicles Britain is supplying to repel Putin’s forces
• UK Chancellor Rishi Sunak and his Canadian counterpart Chrystia Freeland walked out of an International Monetary Fund meeting in Washington to protest the invasion of Ukraine when Russia’s delegate spoke
• Djokovic has called a Wimbledon ban on Russian and Belarussian players “crazy”
• Captured British fighters are “being given necessary help”, Russia has claimed
• UK PM Boris Johnson has said peace talks are likely to fail – and compared talks with Putin to negotiating with a crocodile 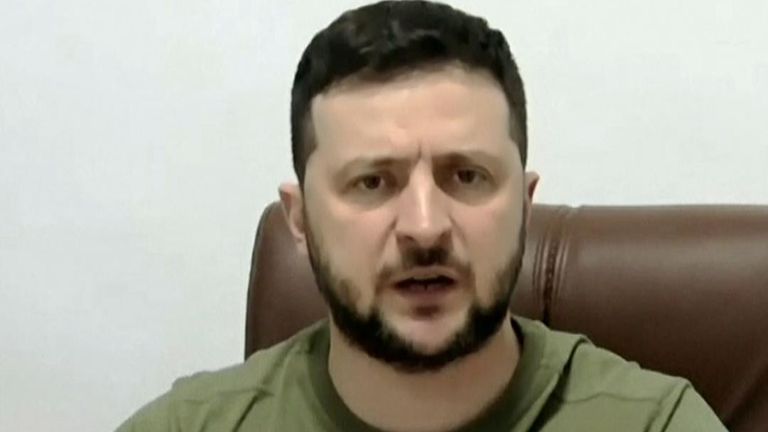 ‘Hundreds of billions of dollars’ to rebuild Ukraine

Russian President Vladimir Putin has claimed victory in the biggest battle of the war – the fight for the control of Mariupol – despite an estimated 2,000 diehard Ukrainian fighters still holed up in a sprawling steel plant.

Putin ordered his troops not to storm the stronghold but instead to seal it off “so that not even a fly comes through” – and claimed to the world that Mariupol had been “liberated”.

But Mariupol’s Mayor Vadym Boychenko has accused the Russians of “hiding their military crimes” by taking the bodies of civilians from the city and burying them in Manhush.

Moscow has not responded to the claims.

But, when mass graves and hundreds of dead civilians were discovered in Bucha and other towns around Kyiv after Russian troops retreated three weeks ago, Russian officials denied their soldiers killed any civilians there – and accused Ukraine of staging the atrocities. ‘Everything is destroyed’ – Refugees describe hell of Mariupol onslaught

As the bloody conflict heads into its 58th day, Kharkiv, Ukraine’s second city, remained under intense bombardment – and Russian forces appeared to have captured more than 40 villages in the eastern Donetsk region.

Britain’s Ministry of Defence said they were further advancing towards Kramatorsk, also in the east, which continued to be hit by rocket attacks.

Ukrainian President Volodymyr Zelenskyy said a proposed ceasefire, due to begin on Thursday night and last four days had been rejected by Russia.

The pause, first mooted by the UN Secretary-General Antonio Guterres, had been for an “Easter humanitarian break” and was intended to span the Orthodox Christian Easter period, which starts late on Saturday into Sunday morning, but did not materialise.

Read more
Exclusive: Zelenskyy official confident of victory
Why is Mariupol so important to both sides?

Meanwhile, the US pledged an additional $1.3bn (£998m) to provide Ukraine with new weapons and economic assistance.

President Joe Biden said the military aid would be sent “directly to the front lines of freedom”.

A total of $500m (£384m) has been earmarked to cover things like government salaries and pensions.

But even as countries around the globe offer aid, it has emerged it would cost an estimated $60bn (£46bn) to restore all the buildings and infrastructure damaged in Ukraine during the war.

World Bank President David Malpass told a conference that the early estimate of “narrow” damage costs did not even include the growing economic costs of the war to Ukraine.