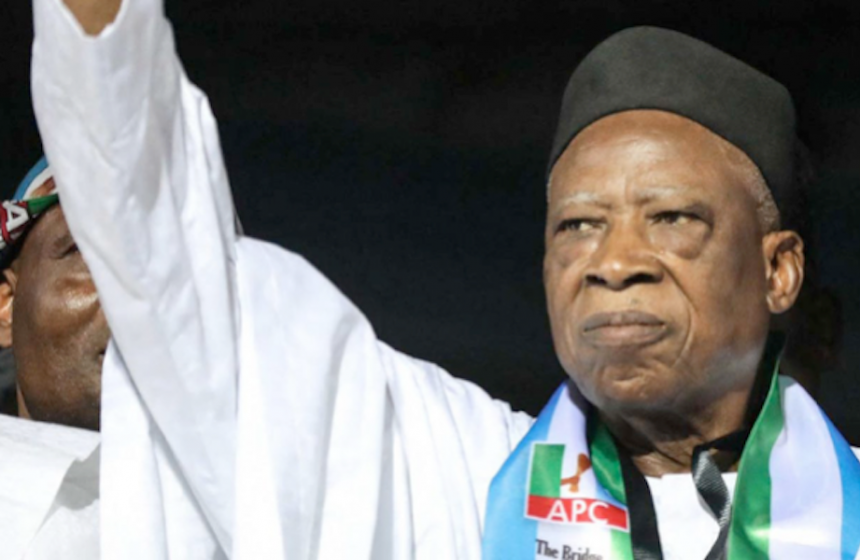 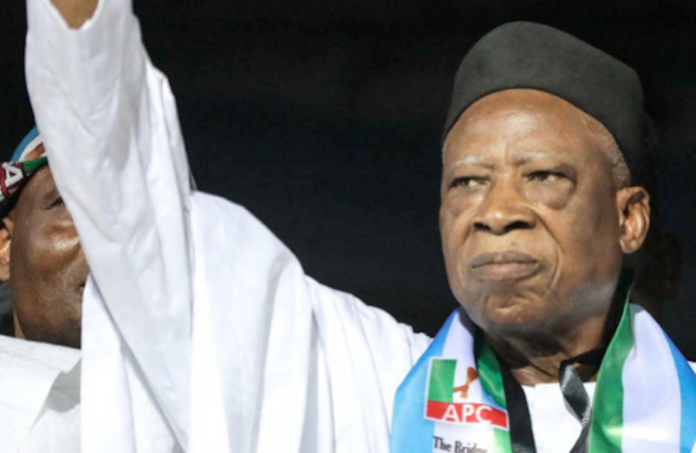 “The current price placed on participation is the very height of political insensitivity and an open invitation to thievery by anyone who could only corruptly meander himself to power.”

The waves of public outrage ignited by the high costs of nomination forms for the various political posts as announced by the ruling  All Progressives Congress (APC), with that of the president going for N100 million as against that of the opposition party, Peoples Democratic party(PDP) of N40 million is understandable. Can you fault the patriotic stand of the Pan-Yoruba socio-cultural group, Afenifere?

Given the dark socio-economic background of the country, Nigeria which according to the data from the World Poverty Clock as at March 2022 has over 70 million people currently living in extreme poverty, representing 33 per cent of the country’s population, the costs of nomination forms are a direct affront and insult on the sensibilities of the long-suffering Nigerians. According to Business Insider Africa media platform only India has surpassed Nigeria with 83 million people living below the U.N. estimated poverty line in 2022.

Worrisome still is that the country, with the highest number of school-aged children still out of school, put at 10. 5 million, representing  one-third of Nigerian children and one in five out-of-school children in the world, are politicians not worried by this scandalous scenario? Neither are they concerned that the beleaguered country has overtaken Iraq as the most terrorized in the whole wide world! Theirs is that of battling for political power by all means – good and crooked.

The grave implication is that Nigeria’s brand of democracy has skewed completely from “a government of the people, by the people and for the people”, to that of the rich, for the rich and by the rotten rich political juggernauts. This is plutocracy, a society that is ruled or controlled by people of great wealth or income. The first known use of the term in English dates back to 1631. Now, you should understand where we are heading back to as a greatly pauperized state!

It would be recalled that yours truly had warned Nigerians that one of the root causes of our current political woes stems from the humongous costs of accessing political power. So, as we continue to bemoan successive inept, ineffective and clueless political leadership we must not lose sight of how most of our politicians got into power, in the first instance. They spend huge sums of money, with some politicians having to sell some valuable physical assets, borrow money from banks, commit ritual murders or bend to the weird wishes of some powerful godfathers to get elected into office. Their allegiance, when they eventually succeed, would obviously be to their paymasters rather than the electorate who they lie to during sundry electioneering campaigns. The piper dictates the tune.

As a former Senate President, Adolphus Wabara once alluded to the fact that politics is more like business in Nigeria. You invest huge sums of money so as to reap bountifully, by way of fat pay packages, spurious allowances and inflated contracts. With all these firmly in place can that intelligent, patriotic but poor citizen ever get to the pedestal of political power? And will our type of democracy ever favour those on the lowest rung of the societal ladder?

Unfortunately, this is one aspect of the presidential system of government we have willy-nilly adopted from the United States. Hence, the clamour for a return to parliamentary system devoid of bicameral legislature by some concerned Nigerians.

According to Adebowale Olorunmola who has looked critically at this rather troubling issue, former United States President, Barack Obama in ‘The Audacity of Hope’ (2006), touched tellingly on the power of money in politics when he wrote that “Peter Fitzgerald had spent $19 million of his personal wealth to unseat his predecessor, Carol Mosley Braun”. Also, John C. Green (2006) highlighted the significance of money to party politics among other resources and factors which political parties utilize in the process of trying to control the levels of political power.

It is on record that the fund raising, as was carried out by both the APC and the PDP ahead of the 2015 elections were done with little or no regard for existing legal provisions. Campaign expenses, for both presidential candidates, Muhammadu Buhari of the APC and Dr. Goodluck Jonathan of the PDP overshot the N1 billion limit.

Allegations were rife that cash was illegally used to buy votes and permanent voter cards. State administrative resources were used by incumbent officials to facilitate party activities. This mentality of winning at all cost is injurious to the health of the Nigerian economy.

With regard to the academic exercise on campaign funding in Nigeria, (Falodi, 2016) stated that ‘the probe into the Office of the National Security Adviser (ONSA) to former President Goodluck Jonathan revealed that public funds to the tune of US$2.1billion meant for equipping the Nigeria military were diverted to finance party activities for the 2015 general elections’. In a similar vein, former Governor Joshua Dariye of Plateau state allegedly diverted state ecological funds to campaign activities of his party, the PDP.

As the 2023 general elections inch closer by the day, much has to done to redress the anomalies that have only those with the cash to throw around to buy their way into electoral offices. Much as we have tinkered with the Electoral Act 2002, 2006 and 2010 there are still some loopholes. For instance, though Section 91(9) states that “no individual or other entity shall donate more than one million naira to any candidate”, Section 93(2)(b) gives political parties leverage to receive unlimited amounts above the threshold. This is contradictory!

Each party is required to record and keep “the name and address of any person or entity that contributes any money or assets which exceeds one million Naira”. Some candidates latched on the lacuna to technically overshoot the limit by transferring the extra cash to their party. Other donors also took advantage of the provision to donate funds running into billions of Naira, on behalf of several unnamed friends.

The way forward is for INEC to prosecute anyone found wanting for infringing on political finance regulations. The gross lack of deterrence is a huge factor contributing to the rising cost of elections in Nigeria. Now is the time to de-emphasize money politics and push for clear-cut party manifestoes that seek lasting solutions to the people’s most pressing needs.