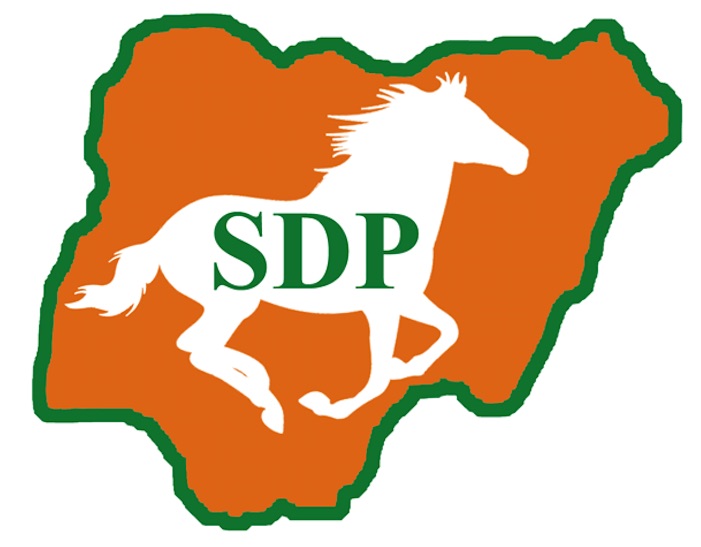 Since some aggrieved members of the All Progressives Congress (APC) in Kwara State  left the party for the Social Democratic Party (SDP) in the state, the political calculations in the state ahead of 2023 general elections have  changed considerably.

Thus, the various stakeholders in the Kwara project come next election have returned to the drawing board in the bid to re-strategize.

The political exigencies of the period under review was borne of the fact that the new members of the SDP were the bulk of frontline political players, that symbolized and frontally lead the O’ toge’ (Enough is Enough) struggle that ousted the Saraki dynasty during the 2019 general election.

The efforts of the stakeholders were also crowned with the winning of the governorship position of the state during the last general election as the APC gubernatorial candidate and now incumbent governor, Alhaji AbdulRahman AbdulRazaq  emerged as the sixth executive governor  of the state.

This marked  the defeat of the Saraki dynasty  that held sway in the State for the past four  decades. The APC candidates in the last general elections won all the 35 available elective positions (National Assembly, State Assembly and Governorship).

However, the intra-party crisis that had pitched the new SDP members and leaders against their former party, APC  led them to seek another platform to realize their political ambition.

The pundits, however, opined that the development would provide an opportunity to have good leaders that would rise to the needs of the masses and also bring quality representation in whatever area each of the leaders would find themselves.

They believe that, it is high time they redirect their loyalty and commitment to politicians that would be a brother’s keeper and also be interested in the development of the state rather than using their stooges and business partners to siphon the state’s resources to abroad.

Since the coming on board of the SDP in the state, the political calculations ahead of the next election has changed as many people have been trooping into the party to get themselves registered and more importantly to seek elective positions in the forthcoming polls in the state.

As it stands today, the party has two  House of Assembly seats  after they have defected from APC to the SDP.  They are  Hon. Saheed Popoola and Ndamusa Guyegi representing Offa and Edu local government areas respectively.

In view of the mass movement of the people into the party, the party has become  the third force and is preparing to  give the ruling APC and former ruling party PDP, a run for their money and popularity.

A visit to some of the wards in the three senatorial districts during the ongoing membership registration of members into the SDP showed that, thousands of the Kwarans have registered into the party while thousands are also angling to join the train.

However, in a chat with journalists in Ilorin recently after the swearing-in of the newly elected executive council of the party and permutations for 2023 , the new state chairman of the party, Alhaji AbdulAzeez Afolabi said that, the party would serve as an alternative platform for Kwarans to produce good and credible leaders in the next elections.

He also said that, “victory in the 2023 general elections in the state will be greatly influenced by the personality of individual candidates presented by each political party”.

Afolabi, said that, “the current political dispensation is peculiar.

“Current political dispensation is different from the previous ones we have been having. This time around, personality matters.

“We are making sure that we’re presenting people of substance across the board to represent our party. The personality matters and it would serve as our own edge”.

The SDP chairman, who vowed to replicate the ‘O’toge’ movement of 2019 elections against the All Progressives Congress (APC) led government in the 2023 governorship and other elections in Kwara State said that, “the victory of the current Governor Abdulrahman Abdulrazaq in 2019 was facilitated by our group when we were together in APC.

“We were the strong advocates of the ‘O’toge’ movement. Even though we moved out of APC, we still have our structures across all the 16 local government areas of the state. We believe that we will forge ahead.” Stressing that all aspirants of the party will be given a level-playing ground.

“I am a broad-minded person. I believe in equity, fairness and justice. As far as I am concerned all members who are aspiring for one position or the other should go to the field and work. It is the output of their work that will tell us who will be the flag-bearers of our party. The party will give everybody free opportunity to operate without any interference”.

Moreover, shortly after the party put in place the state executive council, various contenders to  the elective positions have commenced consultations among various stakeholders of the party so as to garner support for their ambitions and to wrestle power from APC.

The aspirants of the party cut across the state and National Assemblies, while others showed more interest in the number one position of the state.

Aspirants for gubernatorial position have emerged and they have been making consultations across the 193 wards of the state so as to woo members of the party for its forthcoming primaries in the state.

The development according to THISDAY checks might not be unconnected with mass acceptance of the party across the 16 local government of the State.

At the last count, six governorship aspirants have showed interest to vie for the plumb position.

They include former Vice Chancellor of University of Ilorin, Prof. Shuaib Oba Abdulraheem. The former educationist hails from Ilorin West local government Area of the state. He is the traditional title holder of Talba of Ilorin.

He has been aspiring to govern the State since 2011 as he was one of the leading gubernatorial aspirants during the 2019 general elections in the state. One of the major minus for the university administrator turned politician is his age- 74 years old. Also, his rating and acceptance in the Southern part of the State is a major source of concern to close watchers.

Another aspirant is Immediate past Special Advisor and Counselor to Gov. AbdulRazaq, Mr. Kale Belgore. He is also a former governorship aspirant on the platform of the PDP, he is an indigene of Ilorin south local government area of the state.

Alhaji  Abdulkadir Tajudeen Audu (Makama Lafiagi) who was also an aspirant during the 2019 exercise, is an indigene of Kwara north senatorial district of the state from Edu local government. His desire to ensure the people of the area have a taste of power is not hidden. He is a Chartered Accountant by profession.

Alhaji Khaleel Bolaji is an indigene of Koko village in Ifelodun local government area of Kwara South Senatorial District. He was a former Commissioner under the military and a serial governorship aspirant. He recently dumped the PDP for SDP in the state few weeks back.

Engr. Sunday Babalola is also another guber contender in Kwara, who is a serial governorship aspirant in the state. He ran under PDP and APC. He is an indigene of Omu-Aran, Irepodun local government area of Kwara South Senatorial District of the state.

The last but not the least of the SDP governorship aspirant is the son of the late former governor of the state, Alhaji Muhammed Alabi Lawal, Alhaji Hakeem Oladimeji Lawal.

Alhaji Hakeem Lawal fondly called by his supporters as “Up Lawal” has taken over the full political structures of his late father. His acceptance and popularity cut across the three senatorial districts of the state.

His recent visit to his ward at the ancestral home of Idi-Ape in Ilorin to defect from APC to SDP witnessed a mammoth crowd of party supporters and political foot soldiers of his late father.

Lawal who is the youngest of the six aspirants has, according to feelers on the street, his youthfulness as major strength and weakness.

While the old power horses see Lawal as too young to be entrusted with the responsibility of piloting the affairs of the State, majority of the party members and electorates who constitute almost 60% of the total population of eligible voters, sees Lawal’s youthfulness as a major strength.

The aspirant who has touched the lives of many residents of the state recently put in place a three-point agenda of Infrastructural Development, Industrialization and Human Capital Development stand as the primary foundation upon  which he intends to build his administration should he be elected the next helmsman of the state come 2023.

A refined, well-spoken and dedicated gentleman, Hakeem Lawal is not one to mince words and toy with the truth, his reason; “my people have to know the truth, as it is the bedrock of our development.”

Coming from a politician, one might be tempted to doubt the sincerity of that statement but a quick check around will only reveal his very firm believe in the development of his people and the use of truth as a highly potent weapon for the realization of the agenda.

As a grassroots man per excellence, Hakeem Lawal’s strong connection with his roots, a connection evidenced during a recent visit to different groups in the state and quite unlike many others who have had a long stay outside the shores of Nigeria.

It will be noted further that, the aspirant’s first foray into education was at Chapel Primary school and when the common entrance examination board could not ignore his striking brilliance as  he was granted scholarship into the prestigious Barewa College, Zaria and from there he moved to the International School, Ibadan.

Hakeem Oladimeji Lawal is also a  qualified Chartered Accountant who has worked with many blue chip companies in the UK such as Amlin Plc and PowerGen.

There is no doubt that, barring any  last minute change, Alhaji Hakeem Lawal may emerge as the candidate of the SDP and this will give him a great chance to slug it out with the incumbent governor and the governorship candidates of other political parties.

The members of the party  are eyeing him to take the slot of the party so as to provide a young dynamic and purposeful leadership to the people of the state,  more importantly to take the state into another level of uncommon agenda that  would lead into good governance and economic prosperity.

By and large, many political analysts in the state have observed that the best candidate to  slug  it out with the incumbent Governor remains Alhaji Hakeem Lawal regardless of party lines as  he enjoys widespread support and  acceptability amongst youths and elders of thought. Many are expected to defect from both the APC and the PDP should he emerge as the SDP flagbearer.