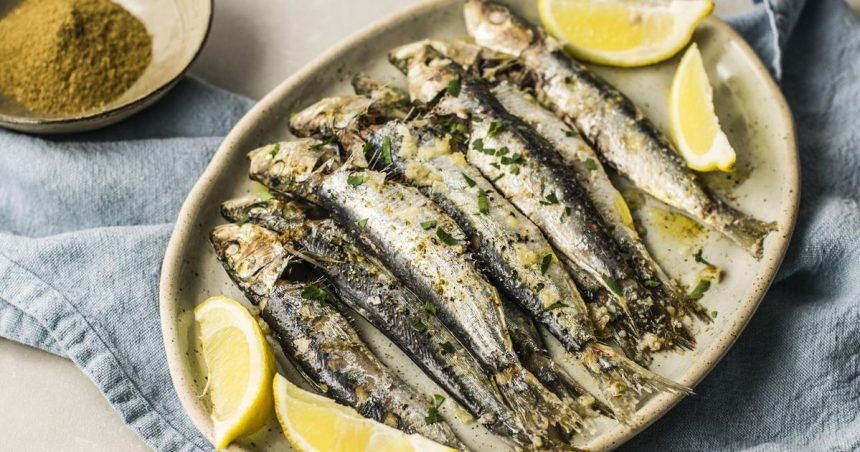 Sardinia is a fascinating place. It’s a beautiful island off the coast of Italy and it’s home to some of the most picturesque beaches in the world.

In ancient times, Sardinia was an important stop on trade routes between Italy and Greece and so both nations fished from the sea in Sardinia and enjoyed sardines as food.

The Greeks spread the word about sardine and it quickly became a popular meal worldwide.

An intriguing fact is sardines are not necessarily caught in Sardinia. The truth is they are rarely ever caught there. Today, sardines are most often caught in the Pacific Ocean, off the coast of California and Oregon or around Japan. They may also be harvested from the North Atlantic Ocean, around Iceland or from the Baltic Sea, although these fish may be labeled differently.

It is also true that while the name sardine originally referred to the small fish found in Sardinian waters, over time it became a colloquialism to refer to any small, oily fish that could be packed into a tin and preserved using salt or oil. In other words, the “sardine” we eat today, may not be true sardine.

Finally, it’s worth mentioning that sardines were used in almost every Nigerian family until recently. Right now, the number of households who eat sardines has dropped dramatically. This is because the price of sardines has skyrocketed. In 2010, a can of sardine was priced between ₦120 and ₦150. Today, a can of sardine costs roughly ₦600 – ₦700, and up to ₦800 in some stores. This is why sardine has been phased out in many Nigerian families.

About the author: Nwafo
Tell us something about yourself.
TAGGED: Lifestyle
Editor May 8, 2022
Share this Article
Facebook Twitter Whatsapp Whatsapp Telegram Email Print
What do you think?
Love0
Sad0
Happy0
Angry0
Dead0
Surprise0
Cry0
Leave a comment