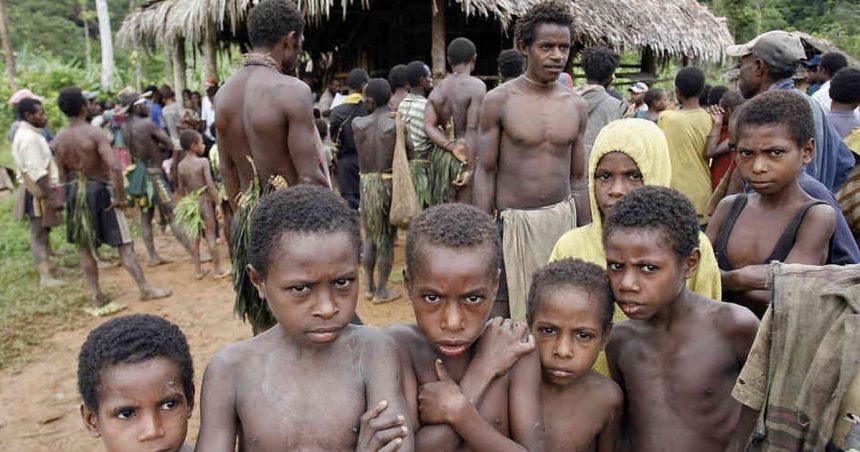 This ritual, which is a symbol of a young boy’s rite of passage to manhood, starts when a boy is between the ages of 6 to 10 and comprises of 6 stages.

Imperative to the processes and teaching of the initial ceremony is the notion that women can be dangerous to men.

To become a man, and in essence a “warrior,” these young men are taught how to detach themselves from their mothers and the women around them as a means of showing that they can live without them and prove their masculinity.

In the first stages, a sharp stick of cane is inserted deeply into the young boy’s nostrils until he bleeds profusely. The young boys are also introduced to older warriors who are told that bachelors are going to “copulate” with them to make them grow.

While many of us might view the practice of inserting the cane stick into the nostrils as being ‘inhumane’, because of the obvious infliction of pain and injury to the body, for the Sambia it is a symbol of strength and his ability to sustain pain, which is a needed requirement of a warrior.

According to Sambia belief, the semen of a man possesses the ‘masculine spirit’, which young boys will be able to attain through his ingestion of semen.