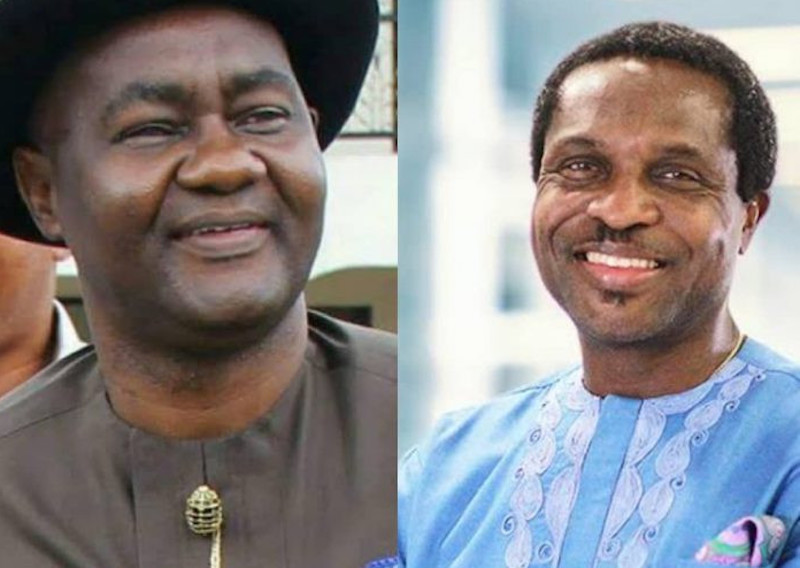 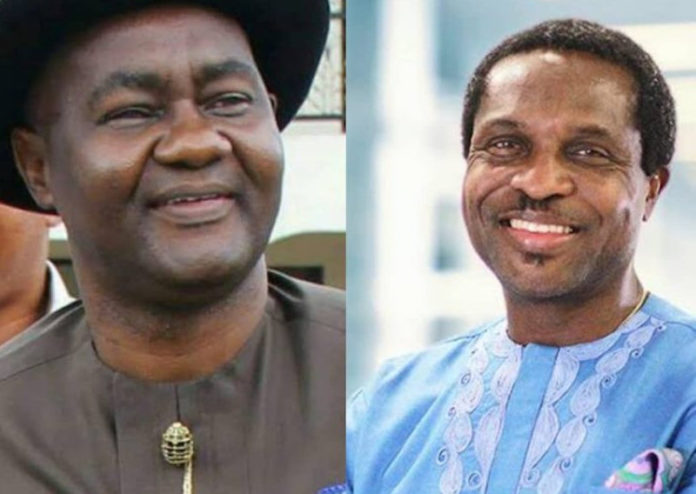 The die is again cast for another battle between Senator Magnus Abe and a businessman, Pastor Tonye Cole, in the primary election to determine the 2023 governorship candidate of the All Progressives Congress in Rivers State, writes Ejiofor Alike

Another battle has erupted in the All Progressives Congress (APC) in Rivers State as Senator Magnus Abe and Pastor Tonye Cole seek fresh bid to clinch the governorship ticket of the party in the 2023 elections.

The leadership of the party in the state stoked the fresh fire when news broke out last Saturday that it had picked Cole, a Lagos-based businessman as its governorship candidate in the state, without any primary election.

The development came days after Abe’s declaration to run for the 2023 party ticket was unanimously adopted by his faction of the party in the state, chaired by a former Rivers lawmaker, Golden Chioma.

THISDAY gathered that 10 governorship aspirants from the riverine extraction, including Tonye Princewill and former Director General of NIMASA, Dr. Dakuku Peterside had signed a pact to support whoever emerged from their faction.

A factional leader of the party in the state and Minister of Transportation, Mr. Rotimi Amaechi, was said to have earlier asked all the 10 aspirants to halt consultations, to enable his camp to choose a consensus candidate.

Cole, with the backing of Amaechi had in 2019 emerged as the party’s candidate in a similar controversial circumstance. His ambition was aborted by a court, which stopped the state APC from fielding any candidate for the elections due to the irregularities exposed in the primaries, which had fuelled multiple litigations instituted by Amaechi and Abe’s factions.

Confirming the party’s controversial choice in a statement, a chieftain of the party and one of the aspirants, Princewill argued that Cole was not picked by Amaechi but by the leaders of the party.

The statement read: “The decision has just been made for Tonye Cole to fly the flag. It was not made by the minister. It was made by the leaders of the party. The 10 aspirants plus two new names that had also indicated interest were asked to excuse themselves, while all of the leaders minus the minister then sat and deliberated. We were just called back along with the minister to be given their decision.”

Disclosing how the consensus agreement was reached, a former Commissioner for Transport in the state, George Tolofari, who was the arrowhead of consensus arrangement for  Amaechi’s camp, stated that 19 leaders of the  party met in Abuja with 13 aspirants and unanimously adopted  Cole as consensus candidate for the Riverine-Ijaw aspirants to face any other aspirant that may wish to contest the party primaries on the APC.

Tolofari, however, noted that other aspirants outside their fold who would like to contest the governorship election would be free to face Cole in probable party primaries.

“Nineteen leaders of our dear party met in Abuja with the 13 aspirants and unanimously adopted Tonye Cole as consensus candidate for the Riverine-Ijaw aspirants to face any other aspirant that may wish to contest the party primaries on the APC,” he said.

But in a swift reaction, the Abe’s faction of APC in the state described the endorsement of Cole as the party’s flag bearer as “selfishness  in the highest order by the  Minister of Transportation.”

APC chieftain loyal to Abe, Mr. Golden Chioma, said: “Cole does not have our approval. We cannot be with him; the man is not a party man. He is a business associate of the Minister of Transportation.”

Chioma said Amaechi is backing Cole because of their business dealings, noting that there are “more credible and experienced  candidates in the minister’s faction; he did not endorse them.”

Soon after Chioma’s reaction, Abe while responding to the endorsement of Cole as the consensus governorship candidate of the APC during the inauguration of BATS Vanguard in Okrika Local Government Area of the state, declared that no amount of gang-up would make him drop his ambition to govern the state in 2023 or change the will of the people.

He noted that the people of the state cannot be enslaved by anyone, and advised his supporters to brace up for the fight ahead, which he said would not be easy.

The former federal lawmaker added that as a democrat, he would always respect the decision of the people if there was a fair and just process by which people took a decision that did not him. He however insisted that he would not respect illegal decisions taken by some people.

In his words, “I am a democrat. If there is a fair, just process by which our people take a decision and it is not me, I will respect that decision. But if people go and gather and do kangaroo and say it is this person or that person, I will not agree.

“For APC to succeed in this state, we must show a clear, transparent and honest process by which everybody who is entitled to genuinely have a say. If they cook up a process and you think that process will crown a king, you will end up with a king that will never be crowned.

“I have said before and I want to say it again, Rivers people have never been slaves to anybody and nobody no matter the amount of money you have, nobody can enslave us here in Rivers State. We can chart our own destiny.

“We are having an election and people are already bringing in their partners; you all should look for your own partners so you can enjoy the dividends of a good leadership when the time comes and that is the reason I am here today to tell you that I am ready to serve you and I pledge that my kind of government will make sure you eat before I eat.”

Also speaking, the former Attorney-General and Commissioner for Justice in the state, Wogu Boms, added that the endorsement of Cole as the consensus governorship candidate of the party would fail.

Similar tussle between the APC faction loyal to Amaechi and the camp led by Abe had made the court to disqualify the party from participating in the governorship election in the state in 2019. At the end, both Cole and Abe lost the party’s ticket.

While the national body of APC had recognised Cole as the governorship candidate of the party, Abe had vehemently kicked against Cole’s controversial emergence as the party’s candidate and filed a case in court. The case ultimately went to the Supreme Court which upheld the disqualification of the party from the 2019 governorship election.

Cole had blamed Abe and his allies for the quagmire the party found itself then. Cole’s faction had also accused the Peoples Democratic Party (PDP) of meddling in the affairs of the APC. Abe, in turn, had blamed those who imposed Cole on the party as the governorship candidate through an illegal process. He had also argued that the party would not have been caught in the confusion if the national body had listened to the cries of aggrieved voice, and not “flowed with the illegality that was being perpetrated in the state” when the issue of exclusion was taken to court beginning with the congresses, which produced the sacked Ojukaye Flag Amachree-led state executives.

He reportedly said: “I didn’t create the problems Cole has. His problem was created by those who brought him. We went to court because clearly from the onset what the other faction was doing was putting them in direct confrontation with the Nigerian judicial system.

“Because of the powerful interest of some individuals the party at the last minute decided to ignore that reality and flowed with the illegality being perpetrated in the state.

“What they are just doing now is to punish all members of the APC in Rivers because they feel people acted against the powers that be, but these were innocent members of the party who were simply fighting for their right to participate in a process guaranteed by the party.

“At any point in time that right could have been respected. Even when the court made that order initially, it was trying to tell the party to resolve that issue of exclusion, but people went on national television to say those orders must not be obeyed. That is what they are still doing till now.”

The recent controversial emergence of Cole has reopened the old wounds, which are capable of exposing the party to similar humiliations it suffered in 2019 general election.

To avoid a similar tragedy in 2023 general election, the factional leaders of Rivers APC should end the regime of imposition of candidates and enthrone transparency, justice and fair play in the election of the party’s candidates.

About the author: Nwafo
Tell us something about yourself.
TAGGED: Politics
Editor May 2, 2022
Share this Article
Facebook Twitter Whatsapp Whatsapp Telegram Email Print
What do you think?
Love0
Sad0
Happy0
Angry0
Dead0
Surprise0
Cry0
Leave a comment 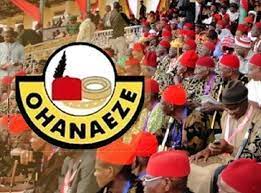 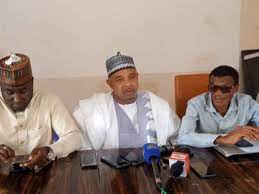