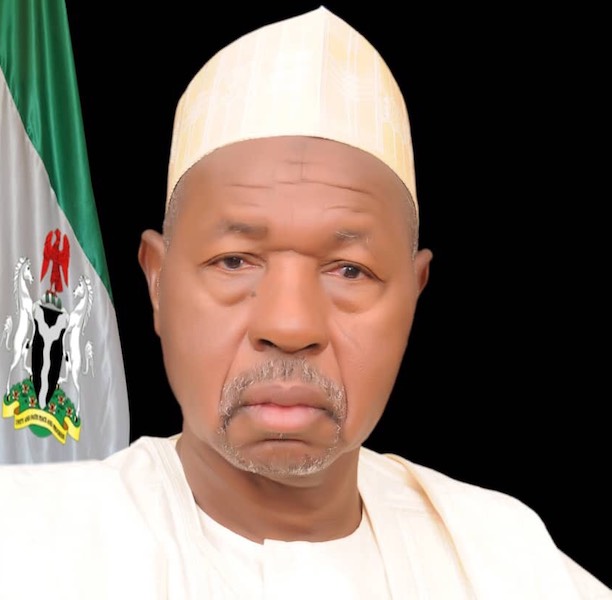 As the race for the Katsina State Government House gathers momentum,  aspirants from the various political parties are scheming to succeed Governor Aminu Bello Masari of the ruling All Progressives Congress (APC) whose two-term tenure will elapse on May 29, 2023.

Aspirants from the two dominant political parties in the state- APC and the main opposition Peoples Democratic Party (PDP) are advancing reasons why they should be given the opportunity to govern President Muhammudu Buhari’s home state.

Where the pendulum of victory will swing will be determined with time but from all indications, the contest would be between the APC and PDP as there is no third force in the state yet.

In the ruling APC, each of the aspirants is waiting for Masari’s blessings but the governor who is a political father to many of the contenders within the party is keeping his card close to his chest, apparently causing discomfort among the hopefuls.

Their counterparts in the PDP, who feel the state belongs to the party but for the “miscalculation” in 2015 and 2019, are equally jostling for the support of the party’s leader in the state – former Governor Ibrahim Shehu Shema to realise their ambition.

Despite the wait for the ‘anointed candidate’ by the state PDP leader, feelings in public domain suggest that indigenes who are in a position to make or mar the chances of the party in 2023 are equally waiting to support the person they feel will help the state overcome the myriads of challenges facing it.

The challenges, which include banditry, kidnapping, unemployment, poverty and economic meltdown, have defied efforts by the Masari-led government to tackle them.

Interestingly, the contest has thickened within the main opposition party following the purchase of the party’s N21 million expression of interest and nomination forms by Senator Yakubu Lado Danmarke, Hon. Salisu Yusuf Majigiri, Shehu Inuwa Imam and Ahmed Aminu Yar’Adua to vie for the seat of the number one citizen of the state.

The PDP’s national secretariat had witnessed a massive gathering of supporters, including all members of the state working committee, local government chairmen of the party, political associates, families, youths and women, who sang, drummed and danced to celebrate what they called a historic event.

An obviously elated Danmarke, who is the first PDP governorship aspirant in the state to buy the forms, told reporters that he has what it takes to win the election for PDP in 2023 because of his pedigree, political experience, unflinching support for vulnerable households and closeness with the grassroots. He explained that he had contributed immensely to the growth of PDP in the state, and expressed confidence that if given the party’s ticket for the forthcoming gubernatorial poll, he would win the election.

The PDP governorship aspirant promised the citizens of the state that he would run an all-inclusive government if elected as the governor of the state in the forthcoming general election. The governorship candidate of the PDP in the 2019 general election, is said to enjoy the support of the youths and has been an active politician in the state. Therefore, he has the potential to mobilise power blocs to his advantage.

Danmarke, a former Senator, House of Representatives member and Chairman of Kankara Local Government Area, is a quiet achiever and old-timer on the political turf.  His entry into the race is bringing excitement and apprehension, being a strong PDP contender with age and sustainable economic track records on his side. Key stakeholders are said to be rallying support for him to chart a way forward for his aspiration. But political analysts believe that he may find it difficult to win the 2023 gubernatorial poll if he clinches the party’s ticket because he is from the southern part of the state where the incumbent Governor Masari hails from. So, the strong agitation for the rotation of power from the Southern zone to the Northern part is another factor militating against Danmarke’s ambition. However, other analysts have argued that the former chairman of the Senate Committee on Land and Transport, should be given another opportunity to be the standard-bearer of the party for the election.

One of those who have been sharing the PDP umbrella with Danmarke for years, Hon. Salisu Yusuf Majigiri, is also jostling to clinch the party’s ticket ahead of the 2023 gubernatorial election. Majigiri who was Danmarke’s running mate in 2019, has received his governorship form allegedly purchased for him by some PDP stakeholders under the leadership of Hamisu Gambo.

He received the forms at an event held in Mashi town, and witnessed by some state working committee members of the party, friends and party loyalists from his hometown-Majigiri. The aspirant at the event, had vowed to rescue the state from alleged misrule by the APC-led administration of Masari if given the mandate to govern the state.

Majigiri, who has been spearheading the affairs of the PDP as state chairman for seven years, said he was on a mission to return Katsina State to its lost glory. “We are on a mission to rescue Katsina State from the current mess, occasioned by the misrule of the All Progressives Congress-led government of Governor Aminu Masari since 2015”, he reportedly said.

He promised that the security and economic challenges besetting the state would be tackled within the first 100 days of his administration if elected as the governor of the state in the forthcoming poll. He equally vowed to ensure that all the internally displaced persons (IDPs), especially farmers, are returned to their ancestral homes.

But his supporters are optimistic that the former Chairman of Mashi Local Government Area, former House of Representatives’ member and ex-Chief of Staff to Governor Shema, will clinch the party’s ticket during its primaries. Some of the party members against his aspiration have argued that since his assumption of office as the chairman of PDP in 2015, the party has not won any election in the state, including his ward or local government area.

But his supporters strongly believe that he will win the election if given the party’s ticket because he comes from Daura Zone (Northern part of Katsina), which has not governed the state since the return of democracy in Nigeria in 1999.

The declaration of the two PDP stalwarts to contest for the governorship election has led to war of words by their supporters. There is a looming feud within the party that has been battling for seven years to reclaim power from the ruling APC in the state. The looming crisis needs urgent attention by leaders of the party in order to avert the collapse of the former ruling party in the state before the forthcoming 2023 general election. Indeed, it is a political fight to watch between the two elephants, who flew a joint ticket of the party in the 2019 general election and have been under the party’s umbrella for years.