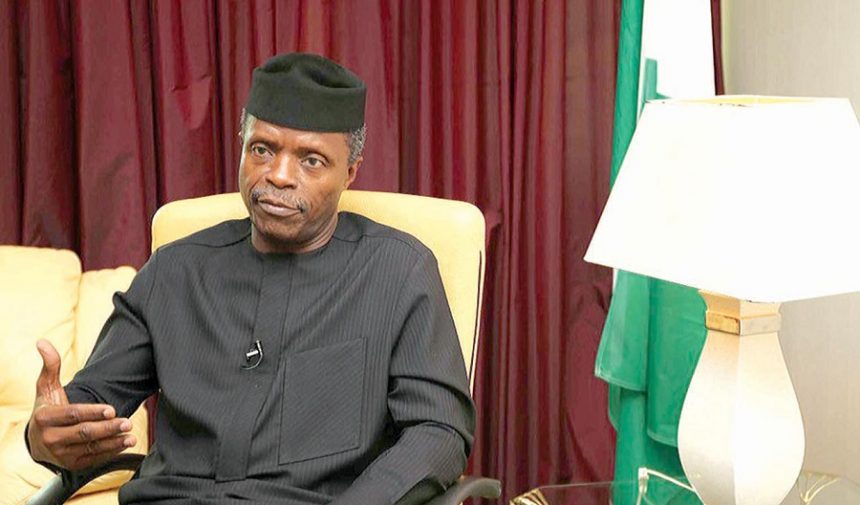 Nigeria’s Vice President, Yemi Osinbajo, is expected to host senators on the platform of the All Progressive Congress (APC) to the breaking of Ramadan fast (Iftar) on Tuesday evening.

Contents
In case you missed itRelated

The meeting is generally seen as part of his consultations with key stakeholders in the ruling party towards his 2023 presidential bid.

This disclosure is contained in a letter of invitation to the APC caucus in the Senate, signed by the senate leader, Yahaya Abdullahi and read by the Senate President, Ahmad Lawan at plenary on Monday.

Also, the vice president is slated to meet with members of the APC caucus in the House of Representatives at the Banquet Hall of the Presidential Villa for the breaking of the Ramadan fast (Iftar) on Wednesday.

Osinbajo’s letter to the caucus was read by the Deputy Speaker of the House of Representatives, Ahmed Wase, at the opening of the plenary on Tuesday.

The invitation from Osinbajo is coming less than 48 hours after the vice president hosted governors on the platform of APC to breaking of Ramadan fast on Sunday night to seek their support for his presidential ambition.

This was even as the newly elected Deputy National Chairman (North), Abubakar Kyari, also resigned as a senator representing Borno North District.

The resignation letters of both lawmakers were also read by the Senate President, Ahmad Lawan, during plenary.

Senator Abdullahi Adamu, until his election as National Chairman of the All Progressives Congress, chaired the Committee on Agriculture and Rural Development.

Kyari, on the other hand, was the Chairman of the Committee on Federal Capital Territory (FCT).