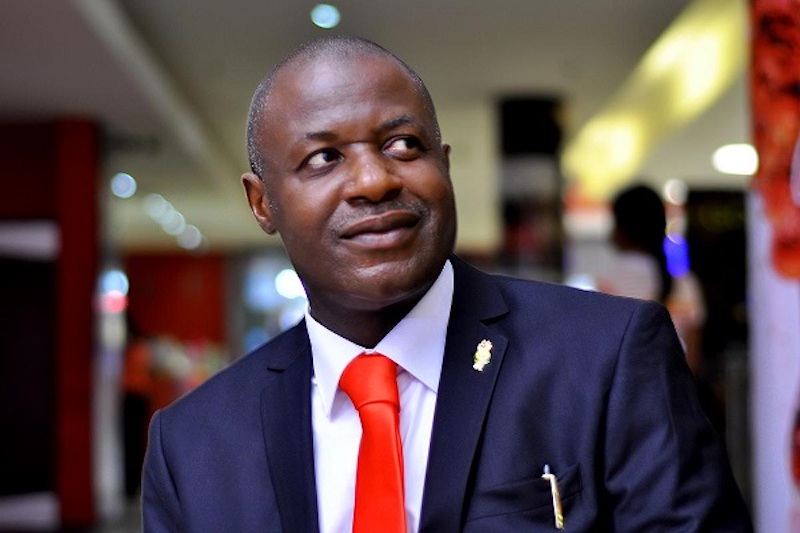 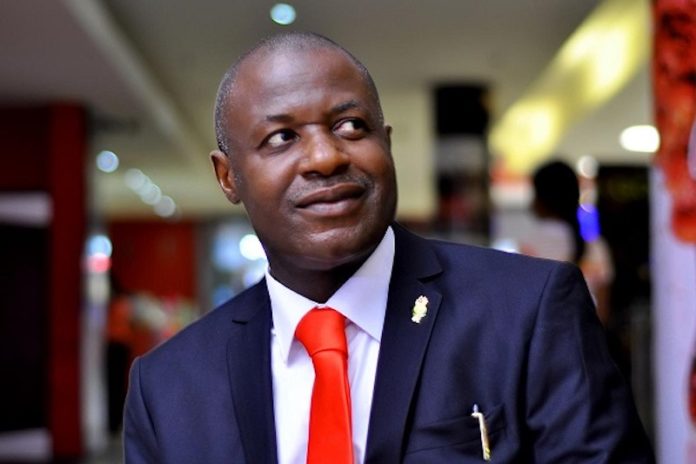 Anthony Odey Ochicha is a chieftain of the All Progressives Congress, APC, in Cross River State. He was the governorship candidate of the party in 2015, having voluntarily retired from the Nigerian National Petroleum Corporation, NNPC, with five years to spare. He lost to incumbent Governor Ben Ayade. In this interview with select journalists including Charles Ajunwa, Ochicha  spoke about the challenges confronting the APC, the 2023 general elections, the absence of a reward culture In the  party and sundry issues

What is your assessment of your party, the All Progressives Congress (APC) seven years down the line?

In terms of the journey so far, I would not say they have earned the trust and confidence of Nigerians. However, I can say that they have been a few highs. The few highs could be seen in the area of infrastructure. President Muhammadu Buhari has recorded significant milestones on road infrastructure. One of such milestones is the soon to be completed second Niger Bridge. You know the PDP started the project and so far, we have been able to take it to a near completion level. No doubt, by October this year, it is likely to be commissioned.

Basically speaking, there are some areas our party has done well, and there are also areas it has not done well.

Economy as you are aware is not in a good shape yet, the security of the country is still facing a big challenge arising from Boko Haram, armed banditry, killer herdsmen, kidnappings. The government has done its best to contain them but it is still work in progress.

Corruption is still a big challenge, however, the government is doing its best to curb it. I will like Nigerians to know that a country that is corrupt cannot develop. So, seven years after, I will say that it is not yet uhuru.

One major criticism of the APC administration is that of its inability or outright failure, if you like, to manage the country’s diversity. Do you agree with this?

I agree with you completely. A renowned leadership guru, John C. Maxwell says that “Without involvement, there can be no commitment”.

One sore point that I have observed for seven years now is the lack of inclusiveness. One of the mistakes that is often made is the exclusion of some regions from governance. For me, there should be total inclusion, not exclusion. Good governance is about inclusion, carrying everybody along.

There have been criticisms for the whopping N100 million APC is charging for its nomination form,  which many insist does not allow for equal participation. What is your position on this?

And we are a party promoting the ‘”not too young to run” which is about carrying the youths along. So where do you expect the youths to cough out N50 million from if they are to run for the governorship? For me,  it is not fair. As a progressive party, we should also be progressive minded.

What is your take on a consensus arrangement for producing a presidential candidate of your party ahead of 2023?

You know as a technocrat, as a bureaucrat who has held so many top positions during my time with the Nigerian National Petroleum Corporation, there are two ways by which decisions are taken at every meeting, either by consensus or through the majority vote. Consensus means everybody agrees, but where everybody does not agree, put it to vote. So that is one of the ways by which decisions are taken. You use consensus if everybody agrees, whereby everybody does not agree, then you put it io vote, direct or indirect primaries.

It is the constitutional right of anybody to want to run, to aspire as a Nigerian. But they need to apply the formula we adopted Cross River State in the run up to 2015 governorship  primary  that produced me as the APC governorship candidate. For me it is the best formula which I recommend for leadership selection process in Nigeria.

What is this formula? It is the  formula of wisdom, maturity and understanding. But I am not seeing that.

The former governor of Lagos State and National Leader of the APC, Asiwaju Bola Ahmed Tinubu and his political godson, Vice President Yemi Osinbajo are on a collision course for the presidential ticket of the APC. What does this portend for the party?

I loved what I saw on social media this morning. The former governor of Lagos State and former Chief of Staff to Asiwaju himself, Raji Babatunde Fashola, said he cannot run against somebody that made him. We have mentors or benefactors, and I do not expect mentors and mentees or beneficiaries to be fighting each other. No, this is where wisdom is not being applied, maturity is not being applied, understanding is not being applied. And when these three factors are missing, there will be confusion.

In 2015, when there was so much scepticism about the APC in Cross  River State,  you threw your hat into the ring by flying the party’s governorship flag which you eventually lost. What has been your lot since then?

It is sad indeed to say I was abandoned and forsaken. There is no reward system in our party. Those who just jumped into the party from nowhere, who didn’t sacrifice like I sacrificed, were offered juicy appointments. I made a huge sacrifice for our party. The party leadership, for me, was responsible for the neglect. I hold the party and the President responsible. Not the people that came and grabbed these positions. I do not blame those who came and grabbed it. It is our party and the President, our leader who allowed it. So I hold the President and our party responsible for the treatment I received.

The party has been unjust and unfair to me. I left my lucrative and juicy job at NNPC five years to retirement to come and run for governorship. By God’s grace I won my primary landslide, took the party to all the 196 wards, to all the palaces, interest groups. I lost to Governor Ben Ayade, only for me to be treated in such an unfair manner. it should never have happened that way.

I have been told several times that sort of thing does not happen in PDP.

The party ought to have recognised the enormous sacrifice I made, and ought to have done for me what was done for my counterparts in Rivers State. Dakuku Peterside was rewarded with a DG NIMASA; Umana Umana of Akwa Ibom State  was also rewarded with an MD of a parastatal. He is still an MD till today. So why should my case be different? Was it because I was from Cross River or what? It was the party and the leadership that I held responsible, I still cannot blame those who came in and took what should have come to me.

Ahead of 2023, what’s next for Anthony Odey Ochicha?

Though I have not declared, but I intend to run for the Senate. We had a meeting with our state chairman our party in Calabar, with a view to coming up a with a consensus candidate. So that is what I have in mind if I am given the opportunity to serve as a senator. In line with our zoning arrangement, it will not be fair for anybody to aspire from the Northern Senatorial District to run for the governorship of the state in 2023.

Following the outcome of the 2015 governorship election in which you lost as the candidate of the APC to Governor Ben Ayade of the then PDP, you were alleged to have been compromised following the manner in which you quickly congratulated your opponent in the PDP. How true was this allegation?

They said that out of sheer ignorance. The truth, my brother is, they do not know who Odey Ochicha is. Everybody has his own style of politics. Politics is not aggression, it is not confrontation, they should try and do an assessment of some the chieftains of the party at both national and the state levels with aggressive tendencies and how they ended. So politics is about persuasion, just like leadership. Leadership according to John C. Maxwell is simply influence.

I am a professional leadership expert. I know what leadership entails. It is about persuasion, it is all about networking, it is about influence, it is about convincing you in a superior argument. It is about lobbying. It is not fighting. We call that “politricks”, not politics.  Unknown to those critics, I studied political science as first degree and I have a master’s in Labour Science.  So I know how politics is played.  It is not about instigating a crisis. Of course, that was the method people wanted me to adopt. They should ask themselves where is Donald Trump today? He was confrontational, aggressive, talking down on people but where is he now? He could not win a second time. So again, leadership is all about lobbying, and I’ve been doing that.

Lobby is a veritable tool in democracy. You lobby, you network, you apply what I call the three Cs, what are the three Cs? communication, consultation, connection with the powers that be, the leadership of the party, to get what you want. And I have been doing that. You think politics is only by coming out to fight? No! That is not politics at all. You network, you persuade, you lobby to get what you want.

That is what I call refined politics, and Ochicha plays refined politics not crooked politics that has taken Nigeria nowhere. That has always resulted in violence and deaths. Do you think leadership is about violence, to kill people? No. It is to lead, to serve. And they do not know that I am a lover of the cooperative society. And I like the motto of the cooperative society so much, which is “improving the welfare of the people”.And that is what leadership should be about. To improve the welfare of the people you ĺead. Creating a better society to make people happy.