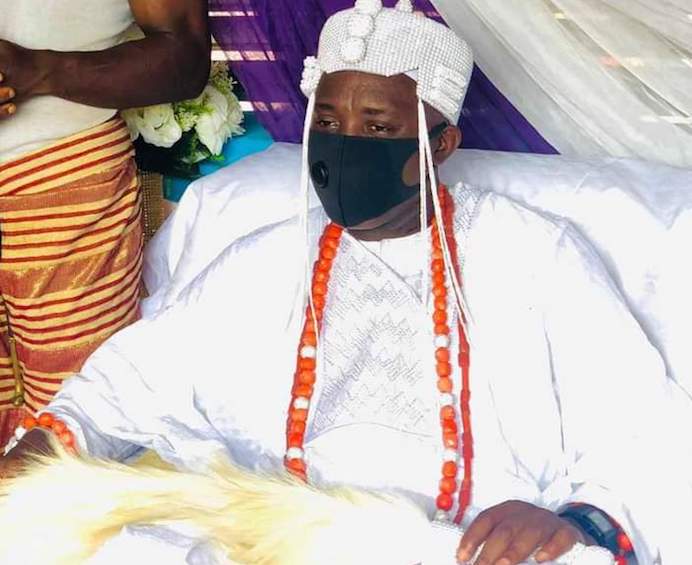 The Amororo Ruling House of Ipara Remo in Remo North Local Government area of Ogun State, has denied knowledge of any move for out of court settlement, in a suit concerning the nomination and selection of Oba Taiwo Taiwo, as Onipara of Ipara

The Sagamu High Court, had listed April 28, 2022, for hearing of the suit filed by the Amororo Ruling House, challenging the alleged imposition  of Taiwo as the monarch of the town.

In the suit, the ruling house, represented by Mrs Adetimeyin Gbowowa, Prince Fatai Adeniji Sonola, Prince Muyiwa Adeyemi and Prince Haruna Adewale had dragged Ogun State Governor, Dapo Abiodun; the Commissioner for Local Government and Chieftaincy Affairs, Afolabi Afuape, the Commissioner for Justice and Attorney General,  and kingmakers at Ipara Remo to court alleging that Taiwo is not a member of the house but was imposed on the ancient town.

However, when the matter came up for hearing on Thursday,  Counsel for the  11th defendant, Olatunji Ayanlaja SAN, told the court, that  his client (the monarch) has informed him of moves being made for out of court settlement and has therefore suspended filing any court processes on the matter.

This announcement by the SAN, surprised counsel to the claimants, the Amororo Ruling House, Mr Rotimi Onafadeji, who countered the claim for out of court settlement,, by the defendant’s counsel.

Onafadeji, pointedly, said that he was not aware of such move stating, specifically, that the matter was actually listed for hearing.

The counsel stated that his clients had not instructed him on such reconciliatory moves and there was nothing he could do  without a word from them.

The counsel to the claimants said that he would therefore not mind for an adjournment in the face of the out of court settlement reportedly being made by the 11th defendant. Having listening to the counsels, Justice Nasiru Agbelu,  adjourned the suit to June 8 for hearing.

The Amororo Family, had  in the suit  number HCS/90/2021 claimed that Oba Taiwo Taiwo is not a member of Amororo Ruling House and therefore not entitled to have participated in the nomination exercise of the Onipara of Ipara.

Representing the family, the Olori-Ebi Amororo Royal Family of Ipara Remo, Adetimeyin Gbowowa and four others maintained that the nomination process leading to the selection of Oba Taiwo for the vacant stool was null and void.

The royal family also noted that the selection process for the filling of the Onipara of Ipara Remo Chieftaincy conducted by the kingmakers is contrary to the native law and custom of Ipara-Remo.

The ruling house however prayed the court for order setting aside the nomination and selection of Oba Taiwo as Onipara of Ipara-Remo Oba elect.

The family further prayed the court for an order directing the state government to set in motion, another nomination and selection exercise towards the filing of the vacant stool of Onipara of Ipara Remo area of the state.

The ruling house also want the court to issue a perpetual Injunction restraining Oba Taiwo from parading and holding himself out as the Onipara of Ipara-Remo.

“An Order setting aside the purported nomination and selection of the 11th defendant as the Onipara of Ipara-Remo Oba elect.

“An Order directing the 1st 4th defendants to set in motion, another nomination and selection exercise towards the filing of the vacant stool of Onipara of Ipara Remo, Ogun State.

“An Order of Perpetual Injunction restraining the 11th defendant from parading and or holding himself out as the Onipara of Ipara-Remo, Ogun State.

“An Order of Perpetual Injunction restraining the 1st to 9th defendant from recognizing the 11th Defendant as the Onipara of Ipara-Remo, Ogun State.”