Arsenal’s hopes of qualifying for the Champions League are now out of their hands after they slumped to a deserved 2-0 defeat to an inspired Newcastle at St James’ Park.

The Gunners went into the game knowing a win – combined with another three points at home to Everton on the Premier League’s final day on Sunday – would have guaranteed their return to the competition for the first time since the 2016/17 season.

But Mikel Arteta’s side were second best throughout at Newcastle, who moved up to 12th position thanks to Ben White’s second-half own goal and Bruno Guimaraes’ late strike.

Arsenal will now need to beat Frank Lampard’s Toffees at the weekend and hope Tottenham lose at bottom side Norwich, given their north London rivals are two points better off and have a far superior goal difference.

Arsenal’s defeat also ensures Chelsea – who are four points clear of their London rivals – will finish in the top four for a sixth season in a row.

It has been a demoralising turnaround for the Gunners, who this time last week were firmly in control of fourth place thanks to a four-point lead over Spurs with just three matches left to play.

Arsenal could scarcely have asked for better opponents in such a crucial game, having won their past seven meetings with Newcastle without conceding a goal.

But the Magpies were the only side that looked like scoring in the first half, with Allan Saint-Maximin coming closest to doing so when he tested Aaron Ramsdale at his near post after a trademark dribble inside from the left flank.

Eddie Howe’s side dominated Arsenal in nearly every aspect, and ended the first half with two thirds of the possession, eight corners to their opponents’ three and 87.5 per cent of their tackles won.

But while Newcastle were confident and aggressive, Arsenal looked sluggish and nervous throughout the opening period. Ramsdale, who slipped numerous times, flapped at a low cross and almost saw a clearance ricochet into his own goal, epitomised his side’s struggles.

The Gunners had been boosted ahead of kick-off with the news that Ben White and Gabriel were fit enough to start after their recent injury troubles, but both centre-backs struggled to deal with Callum Wilson, who was impressive for Newcastle in his first start of 2022.

It seemed it was Wilson who gave Newcastle the lead after 56 minutes when Joelinton’s low cross from the left was turned into the net at Ramsdale’s near post, and the striker wheeled away in celebration as the St James’ Park crowd – raucous all evening – rose in delirium.

But it quickly became clear that White, playing his first game in nearly month, had deflected the ball past his own goalkeeper as he desperately sought to keep the ball away from the waiting Wilson. 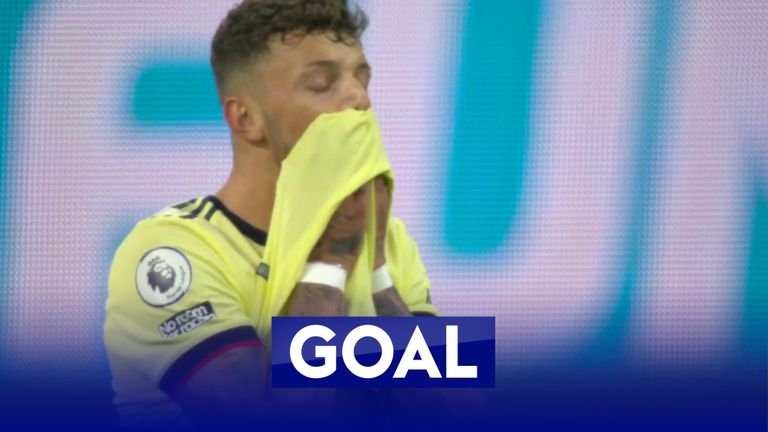 Arsenal belatedly upped the tempo as they realised the seriousness of their situation but it was Newcastle who remained the most threatening, with Wilson coming close twice when he met crosses from the right.

The striker then came agonisingly close to scoring a second with a brilliant volley from at least 40 yards out that beat the stranded Ramsdale but just dropped wide of the far post.

But Newcastle didn’t have to wait long to make sure of their impressive win, and Wilson unsurprisingly played a crucial role, with Ramsdale’s save at the Newcastle man’s feet falling for Bruno Guimaraes, who struck the ball into the empty net. 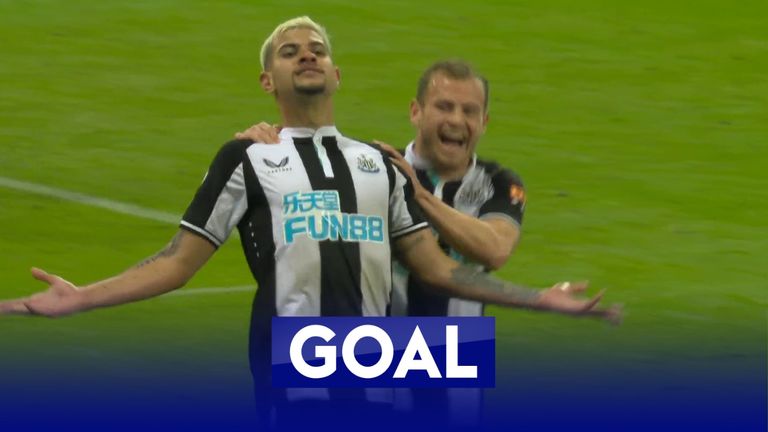 Newcastle’s win ensured they signed off in style in their final home game of the season, while Arsenal – who lost Takehiro Tomiyasu to injury – face finishing outside the top four for the sixth successive season.

Man of the match: Callum Wilson.

Newcastle travel to Burnley and Arsenal host Everton on the final day of the Premier League season on Sunday at 4pm.