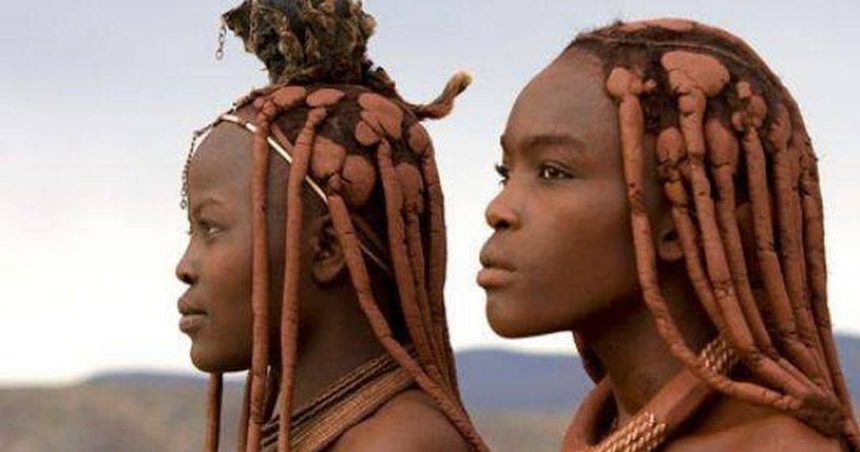 The Himba are often called the Ovahimba or Omhimba people who live in the Kunene region of Namibia. If you are wondering why this tribe is strange, we can tell you one of their cultures.

They give sex for free to their guests and also they adorn newborn with bead necklaces.

As if these are not enough, the tribe lives in isolation and is wary of external contacts.

The people work hard to ensure that their beliefs and culture is not contaminated in any form by outsiders.

You can see why we are curious to know this people who have not accepted civilization.

The Himba people are predominately livestock breeders and farmers while their women are preoccupied with gathering firewood, cooking and serving meals and sourcing for freshwater.

Some of the villagers are socially inclined and very religious, reversing and worshiping their ancient gods.

Polygamy is welcome and young girls are married off at their early ages.

Though polygamy is not peculiar in Africa, it is practiced widely on the continent.

However, not taking their bath is strange. Before you are taking aback, the reason why they don’t bath with water is because of the harsh climatic situation in their region.

The Himba people lives in one of the most extreme environments; the harsh desert climate and the lack of potable water are the reasons why this tribe have difficulty getting a bath.

Their lack of bath routine doesn’t mean that they look less pretty. When you find them on their traditional attire, they look great while some have their bodies exposed like the women.

Since the taking of a bath is difficult, they make use of the red ochre on their skins and then make use of a daily smoke bath in order to maintain their hygiene.

A shouldering charcoal is dropped into a bowl filled with herbs and the smoke is allowed to ascend and the people bow over this smoking bowl and because of heat, the body perspires and helps in washing the body.

The people are friendly to strangers and visitors but will not allow any interference in their culture.