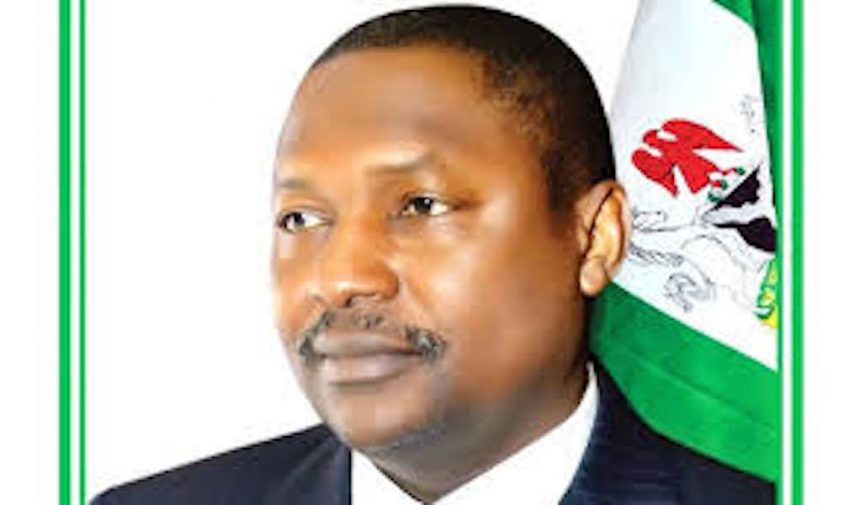 Twenty cars were given to members of the Foundation to facilitate their charity and empowerment operations, writes Bonaventure P. Melah

We are in the season of politics and from now to the middle of next year, 2023, it would be baggage in, baggage out, in the media.

We expect a lot of trash deployment of unsubstantiated allegations against citizens and leaders, especially politicians and mostly political office holders. There would be many victims of the reckless hauling of fabricated ‘exclusive stories,’ innuendos, half-truths and outright lies, all aimed at getting at targeted political opponents.

For people like Abubakar Malami, Attorney General of the Federation and Minister for Justice, his case particularly stands out, since he has been suspected to have ambition of either a top job in Abuja or that of his home state, Kebbi. Malami’s name has been mentioned, as one aspiring to succeed President Muhammadu Buhari in office; and at another time, to be paired as running mate to a presumed presidential candidate; and most recently, as an aspirant to the position of governor of Kebbi State.

A combination of the above presumptions is the reason why Malami is now on the sniper’s camera target. Malami’s case is made a bit more precarious because of his job as the Attorney General of the Federation and Minister for Justice. In those capacities, Malami has the misfortune of being the prosecutor-in-chief of all manner of felons, including terrorists, separatists, bandits, national and international wire fraudsters, kidnappers, treasury looters, drug runners and money launderers, to mention but a few, in addition to other very odd and challenging but thankless national assignments.

This unenviable position, exposes Malami to all manners of attack from the many aspirants targeting Abuja job and those interested in occupying the Kebbi State Government House.

If it were not so, why is it that suddenly, Malami’s donation of some cars to members of a Non-Governmental organisation, Kadi Malami Foundation has become a big news worthy of national debate, to the extent that people are quoting different number of cars, the beneficiaries and the source of the cars?

The curiosity becomes necessary in view of the well-known and indisputable fact that Malami has over the years emerged as one of the topmost philanthropic figures in Nigeria and especially in his home state, Kebbi. This is added to the fact that this is not the first time Malami is donating cars to field officers of the Kadi Malami Foundation.

For those who may not know, Kadi Malami Foundation, together with another group, Khadimiyya are the organisations operating Malami’s charity projects in Kebbi State. So far, the AGF, through the groups has facilitated a process that made more than 2,000 farmers in Kebbi State to benefit from the Anchor Borrowers Fund, an initiative of President Muhammadu Buhari administration operated by the Central Bank of Nigeria.

The Malami development initiative has constructed not less than 236 boreholes and handed them over to different communities across the state; helped get 700 youths employed at various different while 120 orphans have benefited directly from his charity works.

In addition, Malami’s projects have provided 55,000 farming inputs to cassava farmers from batch one to batch three, 3,000 Kebbi youths are on government’s payroll from the Federal Government’s Special Works Programme, while 774,000 others have benefited from his local employment initiatives in Kebbi State. The list is endless.

Most of the projects are executed through members of the two charity organisations who operate at the grassroots level and help in identifying rural communities where there are basic needs as well as persons to extend help and empowerment to. On his part, the minister provides these groups with resources to work with, including utility vehicles, mostly donated by those who appreciate his interventions, equipment, funding and other requirements to carry out their humanity-oriented works. These empowerment process has been on for years.

Even though this is not the first time of Malami’s gesture of distributing utility vehicles to the members of the foundations who are mostly youths, to continue their routine philanthropic  outreach, it can only be politics that could trigger the obviously skewed and sensational story from a section of the media, on the latest efforts of the minister, with the aim of mudslinging him and in the process, instigate public hate against him.

For the purpose of clarity and applying information that are easily accessible, the reported donation of cars by Malami actually took place. The number of cars is 20 and not 200, not 50 and not 30 as reported by different media outlets. The cars were donated by friends and associates of the Minister.

It could only be a lie from the pit of hell to say that the cars were donated to emirs and Kebbi State delegates when they were actually given to members of Kadi Malami Foundation and the other group to, as usual, facilitate their charity and empowerment operations in the rural areas, on behalf of the minister.

It was also due to Malami’s popularity and the interest people have in him, mainly in appreciation of his philanthropic gestures and empowerment of the people that N135 Million was also donated by those who want him to get involved in the 2023 political contest.  Those who contributed to raise the money include beneficiaries of various charity initiatives -N5 Million; Friends of Malami-N50 Million; Women Group – N20 Million and MAWOSI, a support group N30 Million. The rest came from others to make up the N135 Million.

And to those who are clamouring for Malami to resign from his position, the question is- why only Malami? There are several ministers, special advisers, board chairmen/women and members, that were appointed by the President or state governors who are still in their offices, including those that have openly declared to contest in the 2023 general election and have even gone ahead to obtain and pay for nomination forms.

The Minister of State for Education, Nwajiuba has obtained and paid for nomination form, so is the Minister for Transportation, Rotimi Amaechi, that of Niger Delta, Godswill Akpabio, Labour and Employment, Chris Ngige and many others. Nobody is calling on them to resign the way Malami is being shouted upon to leave his office.

Or, should we take it that Malami’s political credentials and popularity have combined to make him a threat to his potential opponents?

Anyway, as a person holding the unenviable job of Attorney General of the Federation and Minister for Justice, Abubakar Malami and his aides should know that their office and twin responsibilities are not for tea party. They would do themselves a lot of good by anticipating more of these attempts to paint the minister and his office with tar. This is so, especially as we move closer, to the heart of the 2023 political contest.