Israeli fighter jets have carried out airstrikes on the Gaza Strip for the second time in three nights.

The strikes were in retaliation to a rocket fired from Gaza at around 10.30pm on Wednesday night.

It landed in the Israeli town of Sderot, destroying a car and damaging part of a house, while one elderly man was treated for shock.

Israel‘s Iron Dome missile defence system later intercepted a salvo of rockets and sirens were activated in border towns for a second time, following heavy gunfire from the Strip.

The Israeli Defence Forces said they “struck an underground complex in Gaza used to produce rocket engines – this will significantly impede rocket manufacturing capabilities in Gaza”. No injuries have been reported.

Israeli warplanes earlier struck a number of sites in Gaza overnight on Monday, in the first exchange of fire since New Year’s Eve – ending one of the longest periods of calm across the border for years. 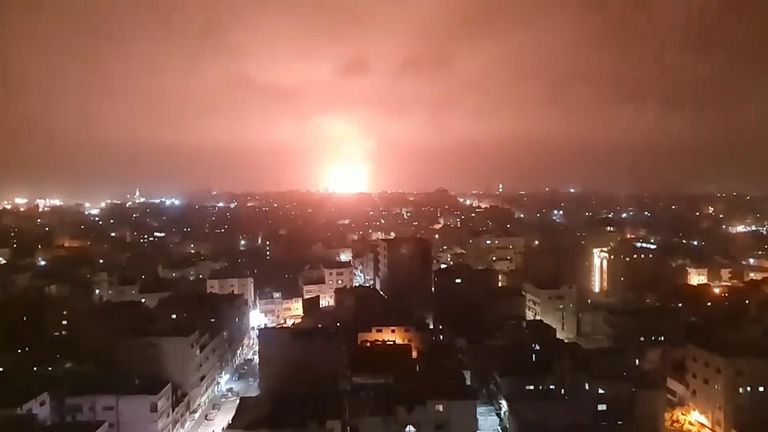 Although no group has claimed responsibility for the rocket launches, Israel holds Hamas responsible for all activity in Gaza.

It’s also unclear what prompted the rocket fire, although a nationalist Israeli flag march did go ahead despite attempts by the Israeli Prime Minister Naftali Bennett to prevent it.

Far right Jews marched on the Old City waving Israeli flags, but they were prevented by police from parading through Damascus Gate and the Muslim Quarter. Had they done so, it would have caused certain violence at the time Palestinians were gathering to break the Ramadan fast.

The militant group is actively encouraging “resistance” in the West Bank however, and has called on Palestinians to “continue their mobilisation in Al Aqsa Mosque to protect Jerusalem” after a series of clashes with Israeli Police in the holy site.