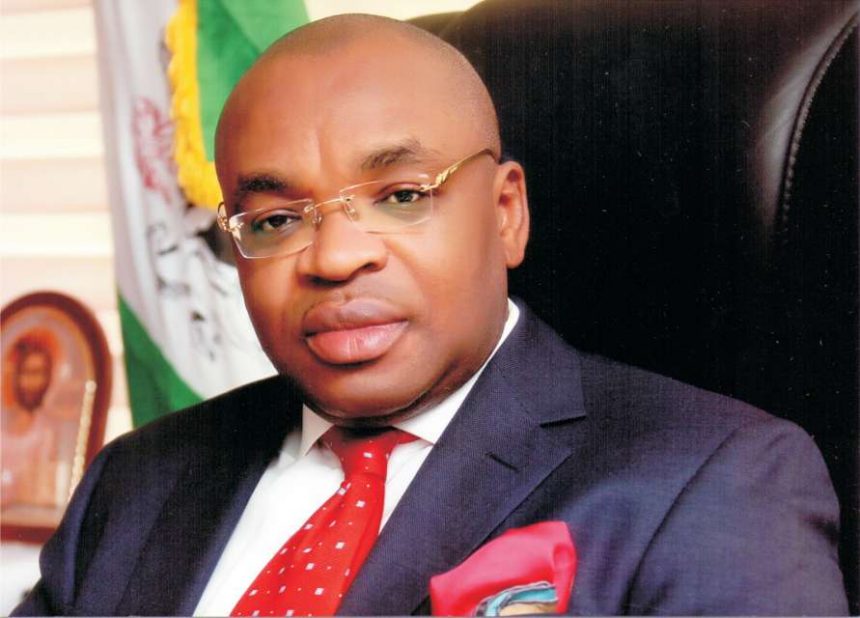 To ensure the realisation of the completion agenda and succession plan of Governor Udom Emmanuel, the Lagos chapter of Maintain Peace Movement (MPM) has inaugurated the steering committee in 31 Local Government Areas units under it, with a charge to members to assiduously work and support Governor Udom Emmanuel agenda.

Inaugurating members of the committee on behalf of the National Council of the Movement in Lagos recently, the Coordinator, Otuekong Ubong Jackson, said the movement which was geared towards conscious efforts of sustaining peace and stability in Akwa Ibom in particular, support the governor’s completion agenda and succession plan in 2023, and mostly work, mobilise and ensure victory for the most preferred Governorship aspirants of the Peoples’ Democratic Party (PDP) in the State, Pastor Umo Eno, during the primaries and gubernatorial election.

He explained that the movement was built on a strong foundation, with the governor, the progenitor, preaching the gospel of peace, love, unity, social integration, and cohesion in the state, hence, the need to sustain and maintain it.

Jackson while advising members to be well co-ordinated, focused, united, and contented with the movement, and be ready to work sincerely in support of Pastor Umo Eno’s political ambition, assured there would be no regret as God is involved in the project.

In his welcome address, Chairman, Advisory Committee, Lagos chapter of the Movement, Elder Samuel Bassey, while congratulating the newly inaugurated steering committee members, said their inauguration was in fulfillment of a promise made during the inauguration of the executive officers of the Lagos chapter at the beginning of the year.

While calling on them to be good ambassadors, loyal, disciplined, and dedicated to the Movement, Bassey who is also the Special Representative to Akwa Ibom Governor in Lagos, explained that the Movement was formed principally to ensure the Completion Agenda and succession plan of Governor Udom Emmanuel, assured the vision and mission of the Movement shall be actualised.

He stressed that MPM remained a well-planned, authorised, and disciplined pan Akwa Ibom group geared towards conscious efforts of sustaining peace and stability in the state, as well, as working to ensure electoral victory for Pastor Umo Eno in the 2023 gubernatorial election

Speaking on behalf of the 31 Local Government Areas units Coordinators, Elder Samuel Usoro, accepted to serve and throw in their full weight to support Governor Udom Emmanuel’s Completion Agenda and succession plan to see the light of day.

He appealed to every peaceful and progress-loving Akwa Ibom indigenes to be involved in the movement and for those who are still away from the grassroots, to get closer.