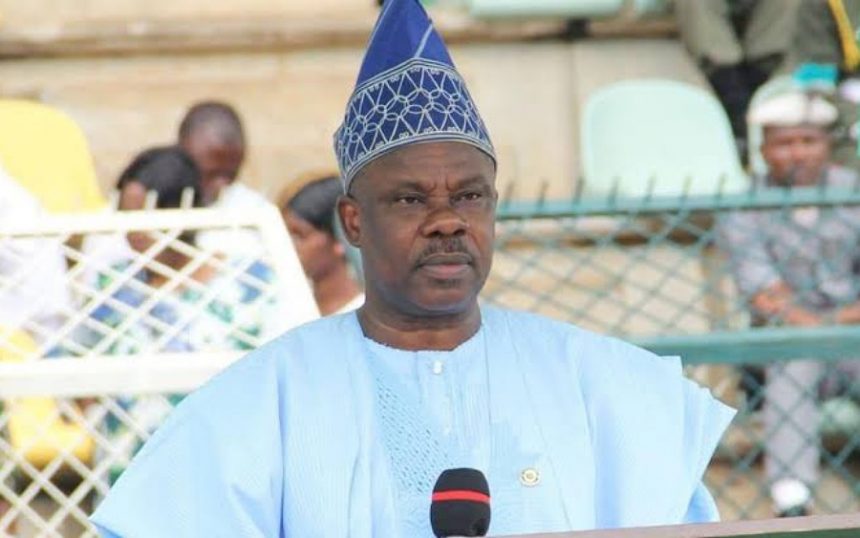 The immediate past Governor of Ogun State, Senator Ibikunle Amosun, has formally declared his intention to contest for the office of president in the 2023 general election with a promise to provide a leadership that will galvanize Nigeria to achieve its manifest destiny as a leader in Africa.

Amosun who is the current senator representing Ogun Central Senatorial District in the National Assembly made this known in a letter to the Senate President, Ahmad Lawan, and read during Wednesday’s plenary.

The letter is titled “Notification and invitation to the formal declaration of contest for the Office of the President of the Federal Republic of Nigeria under the All Progressives Congress APC.”

Amosun’s declaration is coming a day after the Cross Rivers State, Ben Ayade, notified President Muhammadu Buhari of his intention to contest the presidential seat in 2023 and further adds to the growing list of politicians who have declared their intention to vie for Nigeria’s number one position under the ruling All Progressives Congress (APC).

What Senator Amosun is saying in the letter

“I have also had the privilege to be elected a second time to the Senate of the Federal Republic in 2019 where I currently serve the good people of Ogun Central Senatorial District.

“My varied experience in private and public life has given me the requisite insights, experiences and network of relationships adequate to provide a leadership that will galvanise our dear country to achieve its manifest destiny as leader in Africa and of the black race.

“I will be honoured with your esteemed presence and that of my distinguished colleagues at the declaration event,” slated for Thursday, May 5, at the Shehu Musa Yar’Adua Centre, Abuja, at 11.00 a.m.’’