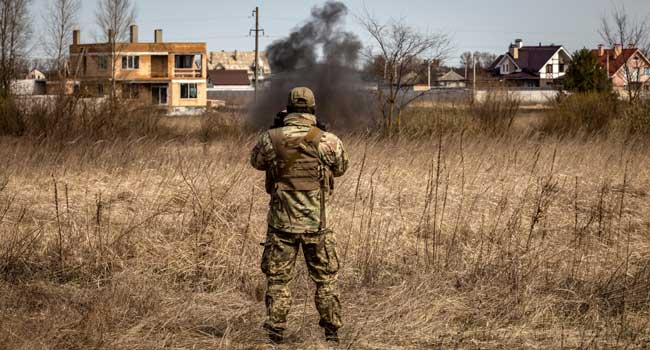 Ukraine said Friday that Russian strikes had killed five people in the east of the country after President Volodymyr Zelensky said Moscow’s forces were aiming to “destroy” the region.

The presidency said “fighting was continuing along the entire front line” in Donetsk.

In a late-night address Thursday, Zelensky said that “Donbas is the main target for Russia.”

“It’s Donbas that Russia wants to destroy. It is the Lugansk and Donetsk regions that Russian troops are destroying so that only stones remain and so there are no people left at all”.

The statement Friday added that explosions were heard in the Vasylkiv area outside the capital and that according to initially available information air defences had been activated.

Since Russian troops began withdrawing from regions of the capital last month, air sirens have been heard less frequently. They have instead focused on gaining control of the eastern Donbas region.