Boris Johnson has vowed to fight the next election as Tory leader despite pressure to resign – and urged MPs to “let investigators do their stuff” as they prepare to vote on a parliamentary investigation into partygate.

Latest development to this story: Government drops bid to delay investigation into whether PM misled Commons

As he set off on a two-day trip to India, the prime minister said he had no plans to quit over the Metropolitan Police investigation into parties in Downing Street and across Whitehall during lockdown.

“The best thing to do for the people, for parliament, is to get on and focus on the things we were elected to do,” he said.

His comments came shortly before MPs were due to vote on Thursday on whether he should be investigated for allegedly misleading the Commons when he denied COVID rules had been broken.

On Wednesday evening, however, the government sought to delay the vote until after the police inquiry was completed and the report by civil servant Sue Gray into partygate had been published.

Politics Hub: Defiant PM says he’s in it for the long haul as vote looms on partygate – live updates 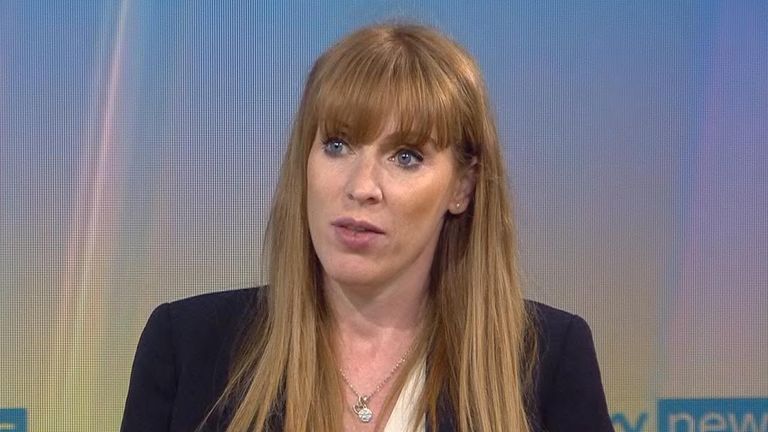 ‘PM thinks he can lie to the country’

Speaking in Gujarat later, the PM told reporters: “I am very keen for every possible form of scrutiny and the House of Commons can do whatever it wants to do.

“I don’t think that should happen until the investigation is completed.

“Let’s let the investigators do their stuff and then knock this thing on the head.

“What people should have is the full facts.

“In the meantime what I want to do is get on with the job.”

Asked whether he had misled the House of Commons either knowingly or inadvertently, Mr Johnson said: “Of course not but they [MPs] must do whatever they want, that’s their prerogative.” 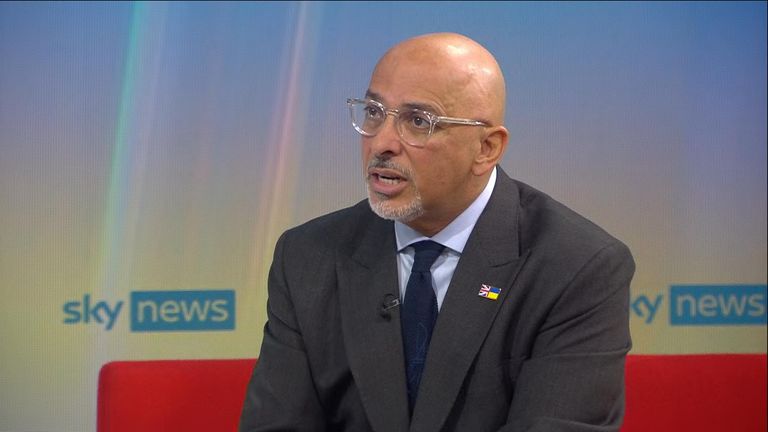 ‘Due process’ must be followed on partygate

Earlier, Education Secretary Nadhim Zahawi told Sky News’ Kay Burley that the delay being urged by the government was “the right way of doing this if you follow due process”.

He said: “I think you’ll find most of my colleagues, who are fair-minded, who believe in due process, will vote for the amendment – because it’s the right thing to do.”

Former Tory MP David Gauke questioned that rationale, telling Sky News that even if the probe does take place after the police and Sue Gray inquiries “it seems perfectly reasonable to make the decision that there should be such an investigation, at this point”.

Analysis: Boris Johnson cannot escape questions over partygate as he flies to India

Otherwise, Conservatives could find themselves “accused of trying to cover up this issue, of trying to protect the prime minister”, he said.

Labour’s shadow health secretary Wes Streeting told Sky News it was “plain as the nose on my face that Boris Johnson has lied to parliament” and said “decent” Conservative MPs were agonising over the issue.

“I fear that many of them, despite their misgivings about Boris Johnson… will troop through the lobby like lemmings because they don’t have the courage to stand up for what is right,” he added.

Partygate ‘not at forefront of voters’ minds’

The government argues that its delaying amendment will allow MPs “to have all the facts at their disposal” when they make a decision.

It is understood that all Tory MPs will be whipped to support the move, which could push back the vote for months.

There is likely to be heated debate on the matter in the Commons today.

Mr Johnson, however, will miss it after landing in India this morning.

When asked by reporters on the way there whether there were any circumstances under which he would resign, the prime minister said: “Not a lot springs to mind at the moment.”

Pressed further, he suggested partygate was not at the forefront of voters’ minds.

“I think politics has taught me one thing which is that you’re better off talking and focusing on the things that matter and the things that make a real difference to the electorate, and not about politicians themselves.”

Labour tabled the motion on whether Mr Johnson misled parliament after he was fined for attending his own birthday party at Downing Street during lockdown in June 2020.

He is also thought to have been at other gatherings under investigation by Scotland Yard. 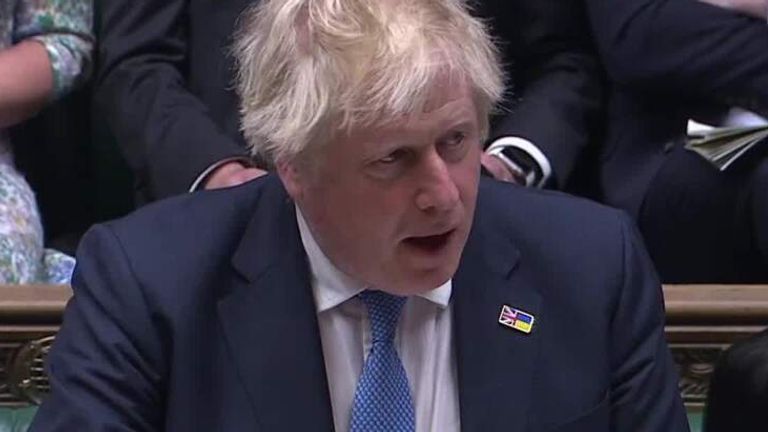 PM apologises in Commons over partygate

Labour’s original motion said he misled the Commons on at least four occasions:

• On 8 December 2021, he said: “I have been repeatedly assured since these allegations emerged that there was no party and that no COVID rules were broken”

• Also that day, he said: “I am sickened myself and furious about that, but I repeat what I have said to him: I have been repeatedly assured that the rules were not broken”

• Finally on the same day: “The guidance was followed and the rules were followed at all times”

In the Commons on Tuesday, the prime minister repeatedly apologised to MPs but insisted he had not believed the birthday party broke COVID rules.

The vote would refer Mr Johnson to the privileges committee, which would investigate whether he misled parliament and has the power to force the release of documents and photos linked to partygate.

The ministerial code states that ministers who deliberately mislead the House are expected to quit.

India relies heavily on Moscow for arms imports and has abstained in a series of UN votes over the war in Ukraine.

“I will make the argument that everybody needs to move away from dependence on Putin’s hydrocarbons,” Mr Johnson said.

He also vowed to bring up human rights concerns with Mr Modi, who is accused of whipping up anti-Muslim sentiment.

Mr Johnson is expected to announce a new trade agreement with India, which will see more than £1bn in investments and export deals and the creation of almost 11,000 jobs in the UK.

However, the prime minister has indicated the deal will include accepting Delhi’s demands for an increase in migration to the UK.

Downing Street said the deal needs to be “fair” and “reciprocal” while being consistent with the points-based immigration system put in place after Brexit.