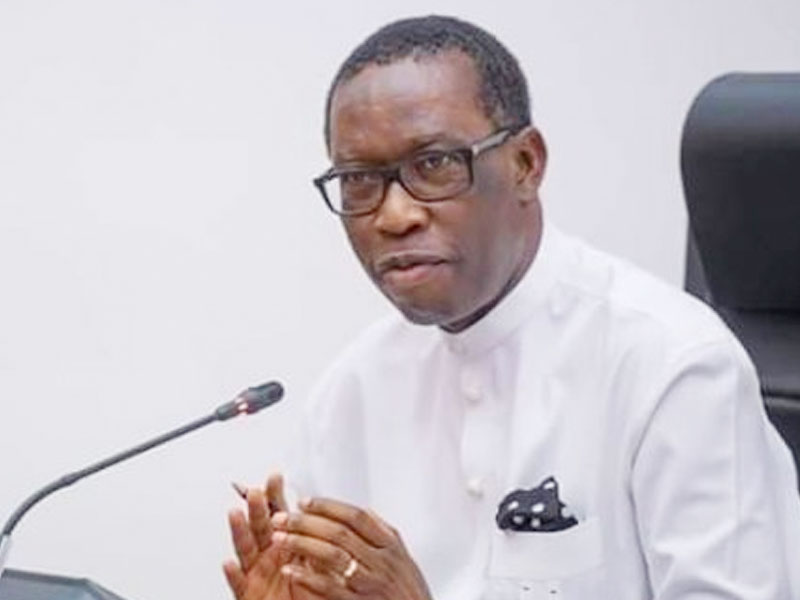 David Edevbie has a proven record of performance to move the state forward, argues Azuka Osiegbu

The race to succeed Governor Ifeanyi Okowa of Delta State is turning out to be an epic contest. Less than two months to the conduct of the primaries, going by the timetable fixed by the Independent National Electoral Commission (INEC), no fewer than 10 persons have picked the nomination forms in the PDP, which has governed the state since 1999 and holds the aces in the 2023 election in the state. Some of the names, including that of Kenneth Gbagi, a veteran contender, are certainly well regarded. However, Delta State, like much of Nigeria, needs someone who is not only well known, but has both a proven record of performance and demonstrable capacity, to move the state forward.

With a debt profile of N207 billion as at December 2021, unemployment at 24.1 percent as at 2020, and diminishing revenues, the challenges are not a walk-in-the-park. Though, Delta State may seem to be doing better than most states in Nigeria, many of which receive far less in national income allocation.

Beyond statistics, a cursory visit to the state tells you that there’s much to be done by whoever becomes the next governor for the state to grow and attain a pride of place. It is therefore not a period to settle for a same-of-the-same kind of leadership that only thinks of sharing the money. To use the much-acclaimed words of Peter Obi, there’s nothing more to share!

Over the last 23 years since the return to democracy, Delta State has had three governors whose focus has been on providing infrastructure and opening up the villages and creeks. Beginning from Chief James Ibori in 1999 through Dr Emmanuel Uduaghan and to the roadmaster, Senator Dr Ifeanyi Okowa, the emphasis on opening up the hinterland through roads and bridges have been well received by the people. There is still some more to do and we must begin to talk about wealth creation through economic empowerment plans, industrial estates and making our cities more liveable.

The next governor must therefore have the requisite skills to meet the expectations of the people for jobs and wealth creation, in addition to an efficient administration. The state needs fresh thinking where job creation goes beyond the regular appointment of politicians to offices but in expanding opportunities for the people to create businesses and jobs. This is where the list of the contenders for the top job then withers and we can begin to sift the wheat from the chaff. In this instance Olorogun David Edevbie stands out like a shining star. Edevbie is the factor in the 2023 Delta State governorship race within and outside the PDP.

As someone I have known and interacted with over the years, Edevbie is light years ahead of the pack. I like to call him a public-private technocrat given his broad experience across both sectors. His attention to detail, knack for parsimonious planning and focus on achieving set goals combines with a detribalised nature to present a model governor for a modern state. He will certainly take Delta State to new heights.

It is not difficult to see why Edevbie fits like a round peg in a round hole. At 58 he has not just age on his side but the benefit of the wisdom of years. He is also well educated and comes with a diverse set of skills. He was educated at the University of Lagos where he earned a Bachelor’s degree in Economics and at Cardiff Business School, University of Wales. He is also a graduate of the Chartered Institute of Marketing and Chartered Institute of Bankers (UK). His broad technocratic experience covers investment banking and development economics. Before his foray into politics with his appointment as Finance Commissioner in 1999 he was Deputy Country Head, Philippines, for the Commonwealth Development Corporation. He has held several other positions and attended several other trainings.

With a rich experience as a development economist, international banker and public sector manager, Olorogun Edevbie comes prepared for the job. Add to this his robust experience across Delta State and at Abuja where he has served at various times as Principal Secretary (Chief of Staff equivalent) to President Umaru Musa Yar’Adua, Finance commissioner under Governors Ibori and Okowa and Chief of Staff to Governor Okowa at various times in the past 23 years, one can safely say Edevbie understands the issues of development in Delta State, especially where to dot the i’s and cross the t’s.

It is no wonder therefore that Edevbie has laid out a robust agenda as he campaigns across the state. As he states so convincingly, “My industrialisation plan aims to make the State a massive production and manufacturing hub underpinned by domestic and foreign direct investment anchored on public and private partnerships. The strategy involves enacting investor-friendly legislation and providing requisite infrastructure, including reliable electricity and suitable road and transportation networks for industrial clusters to be set up across the State.”

As part of his promise to complete the Aboh-Ogwashi Agro-Processing Park, his government would also see to the completion of the Isele-Ukwu – Isele Mkpitime – Onicha Olona – Akwukwu Igbo – Ugbolu to Asaba express way, to ease evacuation of agricultural produce coming out of those Delta North communities. This is addition to his promise of also completing the Kwale Industrial Parks initiated by the current administration and the Warri Industrial Business Park initiated by the Uduaghan administration, all these would run simultaneously with the fast-tracking into operation of the Jesse Industrial.

According to Edevbie “The private sector will be encouraged to set up solid minerals mining and beneficiation industries to exploit marble, glass-sand, clay, gypsum, iron ore and kaolin, which abound in the State.”

Therefore, In electing Edevbie to succeed Okowa, the PDP and Delta State will be putting their best foot forward. There can be no better time to elect a technocrat who understands the nexus between wealth creation and social intervention.