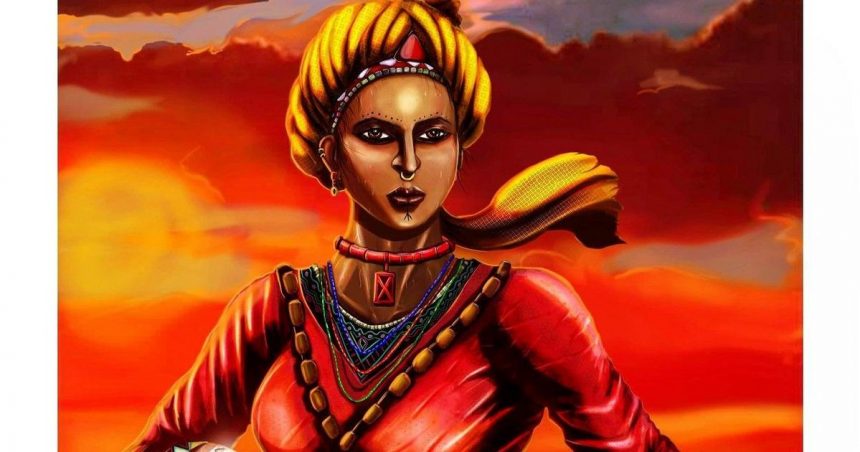 After her parents died, her brother assumed the throne and ruled for ten years; during his rule, Amina was known for her mastery of military skills and as a leading soldier in Zazzau cavalry. Zazzau was one of the largest states of the original Hausa states ( Kano, Daura, Katsina, Garun Gabas, Gobir, Rano). By the time of her brother’s death, Amina was known all over for her notorious military skills and fierce warrior spirit, earning accolades and respect from other warriors in the Zazzau military. As such, she became the ruler of Zazzau.

In her 34- year reign, Queen Amina sought to expand her kingdom to its largest in history. In the third month of her reign, she set out with about 20,000 soldiers to wage war against the neighbouring territories in a bid to expand Zazzau. She conquered every region and controlled more territories than before. For every new land acquired, Queen Amina built distinct earthen fortifications in the form of walls to protect her cities, known as the ‘Amina walls.’ Apart from her conquering quest, Queen Amina also established trade routes across Northern Africa, making Zazzau a major trading centre; this boosted Zazzau’s wealth and prosperity. Queen Amina took advantage of the prowess in metal works of her people; she brought in a novel idea of using metal armour like helmets and chain mail in battle by her army. She was termed the warrior queen.

In 1610, Queen Amina died; although the cause and place of her death are unknown, speculations say she died in a place called Atagara during battle.

About the author: Nwafo
Tell us something about yourself.
TAGGED: Lifestyle
Editor May 4, 2022
Share this Article
Facebook Twitter Whatsapp Whatsapp Telegram Email Print
What do you think?
Love0
Sad0
Happy0
Angry0
Dead0
Surprise0
Cry0
Leave a comment