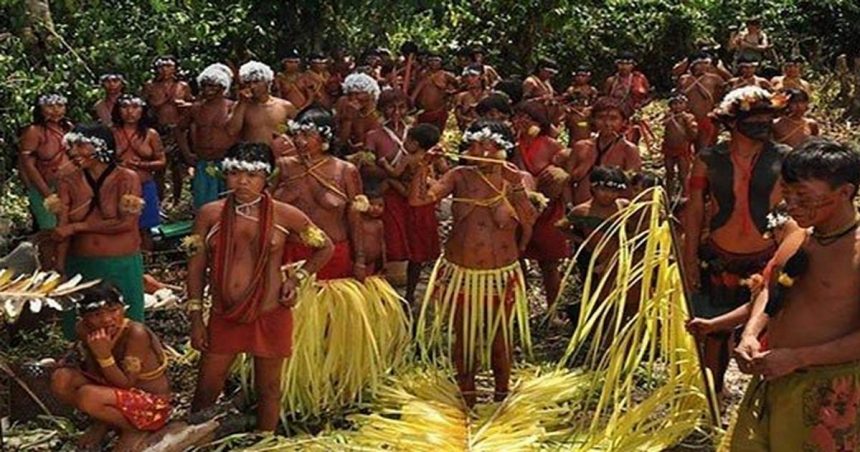 Endocannibalism is an old ritual involving consuming a friend or family member who has passed away; this entails eating the flesh. In this ritual, it is believed that eating the flesh is a sign of respect for the dead and eating the loved one will magically proffer unto them the wisdom of the deceased.

This ritual is practiced by the people of Papua, New Guinea; the custom is seen as something very normal. When a loved one dies, the people who consumed them have to follow specific rules. For instance, if a male died, the sister had only to eat the brother’s brain, or if it was her brother-in-law, she was to opt for the hand. This signified her respect for the deceased family member.

In another part of the world, particularly the Yanam in Southern America, the eating of the dead is believed to help the soul of the deceased transition peacefully and more comfortably. The burial rites take two forms; first, they burn the dead and then proceed to paint their faces and bodies with the soot from the burning process. They then begin to wail and sing as an expression of their grief.

The second stage involves crushing the remaining bones from the burning process, turning them into powder, and mixing with the ashes. They then proceed to make it into a delicacy; banana soup, and everyone in the community eat from it.

This is also known as ‘Night Crawling.’ It is a form of courtship practiced by the Bhutanese in the Eastern Himalayas. This involved a group of single men or an individual sneaking into the rooms of single girls to have sex with them.

The aim of the courtship was to give the girl the liberty to choose her partner. At night, a man interested in a particular girl will ‘break’ into her room and try to have sex with her. If she consents, it ultimately leads to marriage, but if it’s otherwise, he is chased out of the house by the family.

The purpose of this courtship custom has, however, been misused, as men are often seen forcing themselves on the girls, which leads to teenage pregnancies, rape, the spread of sexually transmitted diseases, and single motherhood.