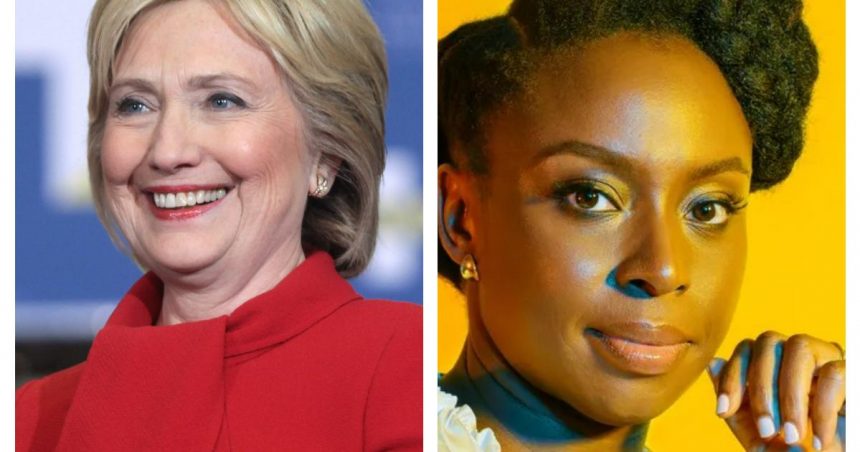 The Clinton Global Initiative University brings together the next generation of leaders from college campuses around the world to come up with innovative solutions to global challenges.

The class of 2022 comprises of young people representing 34 states in the US, 70 countries and 40 students from Nigeria.

In a virtual interview, Clinton asked Adichie about how she journeyed into storytelling and the role of storytelling for young people.

Chimamanda said she always knew she would be a storyteller, the vocation essentially chose her and it is her calling but that she had to work on her talent because “talent isn’t enough.”

As a child, Chimamanda experienced different cultures through books. Even though she was used to eating mangos and dancing in the rain, she could read about others eating apples and playing in the snow.

“I was an early reader…the books I read as a child were mostly about people in England and some in the US.” She said. The first book she wrote at six years old had white characters in them because she read solely European books.

“For people who want to write, you have to see what has been done…even more, it is important to see yourself reflected in literature because it makes you believe that your story is worthy. I remember the two books that changed things for me. One was The African Child by Camara Laye and the other was Chinua Achebe’s, Arrow of God. It felt like my story…it made me take ownership of who I am and feel like mangos are okay in my story.”

“What role can young people play in increased representation in storytelling?” Hillary asked.

“I think listening is important. I think we live in a world where we don’t listen to one another, it is not only enough to tell stories, we have to be willing to hear other people’s stories. I read even people I do not agree with because I want to know how they think.”

On writing authentic stories, she says,

“Don’t be apologetic about who you are, especially if you come from a part of the world that is not considered a centre… You can sometimes feel like your story isn’t as worthy or you have to apologize or explain. Tell it honestly. Do not think about your family when you are writing because you are going to censor yourself…people recognise honesty in stories.”

She emphasized the importance of listening to each other in a polarized world and expanding the scope of our knowledge. The interview was a refreshing insight into the author’s mind and an exposition into the need for representation in the books we read, write and even the movie we watch.

“I don’t set out to provoke but I won’t silence myself because I fear provocation.” She concludes with this powerful statement to explain her views on feminism and a position as a citizen of the world.