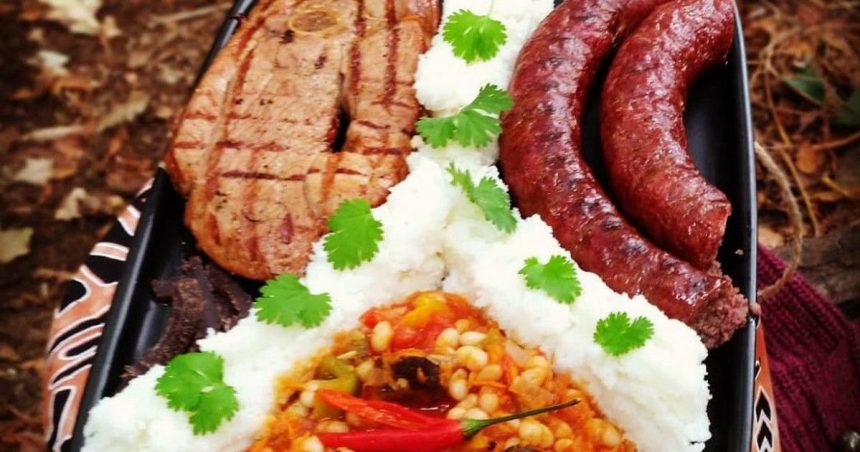 The Zulu people are well known for their rich cultural heritage and the food they eat is a big part of it.

Here are five traditional meals of the Zulu people;

Chakalaka is one of the most popular dishes in South Africa and it has its origin from the Zulu tribe. It is made up of vegetables and baked beans and is served with pap, samp, steamed bread or rice. The dish is always present at every traditional Zulu wedding, as well as at weddings of other South African tribes.

Steamed Zulu bread is another name for this meal. Ujeqe is created by steaming wheat flour rather than baking it. This distinguishes it from other types of bread. Ujeqe is traditionally served with a relish (a sauce or gravy), and it can also be consumed as a porridge.

Phutu is a South African porridge produced by boiling maize meal until it is reduced to crumbs. Sometimes millet or sorghum flour, or even cassava floor, is used to make this dish. Phutu goes well with sour milk, beans, meat, curry, and vegetables.

Amazi is a traditional Zulu dish prepared from fermented cow’s milk, similar to yoghurt or cottage cheese. The liquid from the cow’s fermented milk is then placed in a clay pot and eaten with a wooden spoon.

It’s prepared in the same way that potatoes are. Amadumbe can be cooked in a variety of ways, including boiling, grilling, and steaming. This is a Zulu staple cuisine that is widely enjoyed by people of all ages due to its high nutritional value and low fat content.

These five meals are rich Zulu traditional delicacies that are frequently served at festivities.