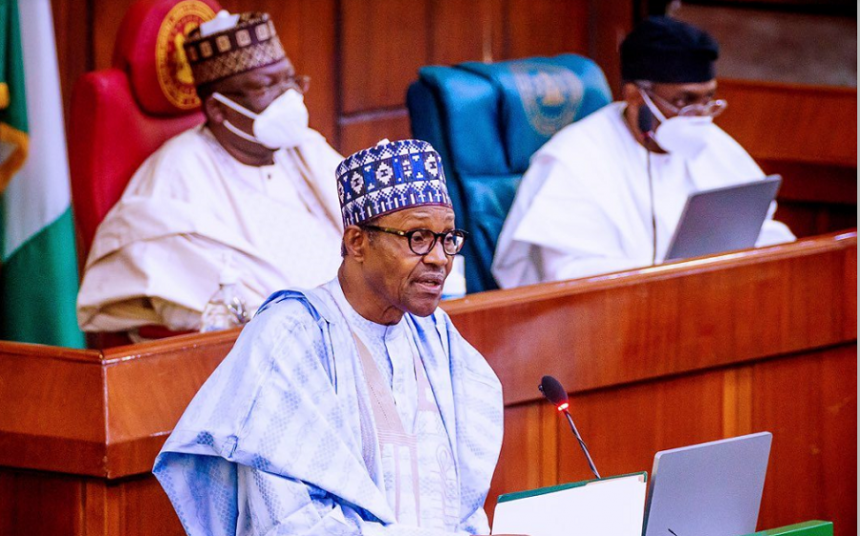 President Muhammadu Buhari has in a written communication to the House of Representatives, formally sought for an increase in the 2022 budget deficit to be financed through borrowing from the domestic market.

The move which will further add to Nigeria’s already huge debt profile is coming a few days after the Debt Management Office (DMO) released a schedule of the Federal Government’s N720 billion domestic borrowing plan for the second quarter of 2022.

This disclosure is contained in a letter written by President Buhari to the House of Representatives and read by the Speaker, Femi Gbajabiamila, during plenary on Thursday.

Buhari had also in the letter requested for the review of the 2022 Medium-Term Expenditure Framework (MTEF) upon which the budget was hinged.

What President Muhammadu Buhari is saying in the letter

The letter from Buhari partly reads, “As you are aware Mr Speaker, the new development both in the global economy as well as the domestic economy has necessitated the revision of the 2022 fiscal framework on which the 2022 budget was based.

“The total budget deficit is projected to increase from N965.42 billion to N7.35 trillion representing 3.99 percent of the GDP.

“The increment of deficit will be financed by new borrowings from the domestic market.

“Given the urgency of the request for revision of the 2022 fiscal framework and 2022 budget amendment, I seek the corporation of the National Assembly for expeditious action on this request.’’

The Speaker after reading the letter subsequently referred it to the House Committee on Finance for further legislative action.