Knockouts were promised yet again as the eight British cruiserweights faced off for the final time ahead of Saturday’s BOXXER Series event in Manchester.

Among the most notable storylines at Friday’s weigh-in was the second quarter-final of the night as bookies’ favourite Jamie Smith weighed in at 14st 5lbs to his opponent Jack Fay’s 13st 11lbs, which made him the lightest fighter in the tournament.

Fay, who was homeless just one year ago, insisted his quiet demeanour was not to be underestimated and vowed to make a statement in one of the more compelling of the four opening stage contests.

“I’m coming in to win this. I’ll let my hands do the talking,” he told Sky Sports. “I love it, when you’re a kid this is what you dream to do, just to be here in front of all the big heads in boxing it’s amazing.

Liverpool’s Jay Farrell, who weighed in at 14st 1lb, underlined his intentions to “take everyone out” as he prepares to face Ellis Zorro (14st 3lbs) in Saturday night’s opener, which sees the two most experienced fighters go head to head in the ring.

There was meanwhile a show of respect between Anees Taj (14st) and Ricky Reeves (14st 5lbs) as the pair laughed about how they had shared a taxi to the weigh-in, respectful of a mutual goal to further their professional careers on the BOXXER and Sky Sports platform.

“I’m cool with everyone, I’ve got no issues,” said Taj, a law graduate. “Everyone is here to do a job, whether they’re looking at the prize money or contract or both.

“We (Reeves) came in the same taxi. We’re in there to do a job, much like back in the amateurs where you knew everybody you were boxing, more often than not you’d box a friend, it’s always your friends, there are no issues.

“Whoever wins, I’ve said it to everyone, whatever happens I’d said ‘if you beat me fair play’.”

Sheldon McDonald, mentored by Johnny Nelson, and Ryan Cotterell, the youngest in the tournament at 22, both came in at 14st 5lbs ahead of what Nelson believes could be a fight containing the eventual champion.

Such is the nature of the cruiserweight division, the third Boxxer Series event has been tipped to be the most explosive yet as far as stoppages are concerned.

“I’m intrigued about the couple of fights there where there is quite a bit of weight disparity, I think that could be a big disadvantage,” said David Coldwell.

“The thing about the cruiserweight division, what I love about it, especially in a three-round tournament, is that they’re sharp enough and fast enough and athletic enough, but they all possess that power to hurt and knock somebody out.”

Enjoy this weekend’s BOXXER series action in a new and different way via our groundbreaking vertical format on the Sky Sports App.

From 7pm on Saturday night, you can watch the exciting cruiserweight tournament via a FREE vertical stream fully optimised to viewing on a mobile device – and you do not have to be a Sky customer to enjoy the action.

Go to the Sky Sports App from 7pm on Saturday to enjoy the action. Not got the app? Download it for free now:

Traditionally, sport has been broadcast in a 16:9 landscape ratio, but the 9:16 stream on the Sky Sports App will mean viewers can watch the boxing event in portrait mode.

Watch The BOXXER Series, a dramatic one-night tournament, in vertical format from 7pm on Saturday May 14. 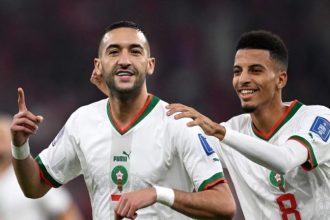 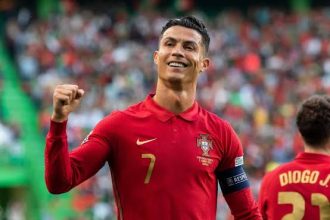 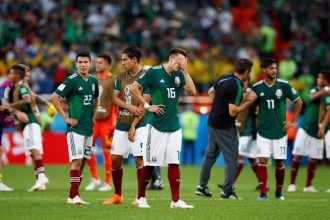